Every once in a while a study comes along and alters my understanding of biomechanics and sports science. Effects of weighted sled towing with heavy versus light load on sprint acceleration ability by Kawamori et al. was published ahead of print earlier this year in March. It’s an excellent study that supports what many strength coaches have been saying for quite some time (and refutes what many track & field coaches have been saying) – that heavier sled towing is effective in improving acceleration ability. In the past, many T&F coaches believed that using sled loads of greater than 10% of bodymass (or loads that reduced speed by greater than 10%) would alter sprint mechanics too much and negatively impact speed.

I’ve been a proponent of heavier sled towing for quite some time. However, prior to this study, I’d have told you that an progressive training cycle of heavy sled towing would increase speed production by increasing hip extensor strength which would produce larger horizontal ground reaction forces and therefore greater stride lengths. Now I attribute the increases to different mechanisms, which I’ll explain below. 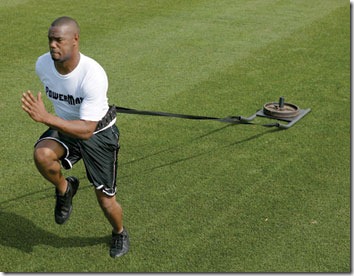 To quote the authors:

“Based on such findings, it seems necessary to revise our understanding of potential mechanisms of weighted sled towing to improve sprint performance; that is, weighted sled towing especially with heavy loads improves sprint acceleration performance by teaching athletes to direct GRF impulse more horizontally, not necessarily by allowing athletes to produce larger horizontal or resultant GRF impulse.”

I’d like to mention that this research jibes perfectly with prior research I’ve mentioned on this blog two years ago HERE which examined the technique of ground reaction force application.  I also touched on this same line of reasoning three years ago HERE, and last year HERE and HERE.

Here’s another important quote from the authors:

“If this new hypothesis regarding the potential mechanism of weighted sled towing is correct, then weighted sled towing could be regarded as a skill practice exercise more than a strengthening exercise. That is, it does not necessarily strengthen the neuromuscular systems involved in sprinting in a specific manner, as many believe, but rather it teaches a more efficient/effective way to apply GRF impulse while sprinting, which has more to do with motor control than muscular strength improvement per se.”

Future research needs to continue along these lines and examine even greater towing loads on acceleration and maximum speed sprinting. 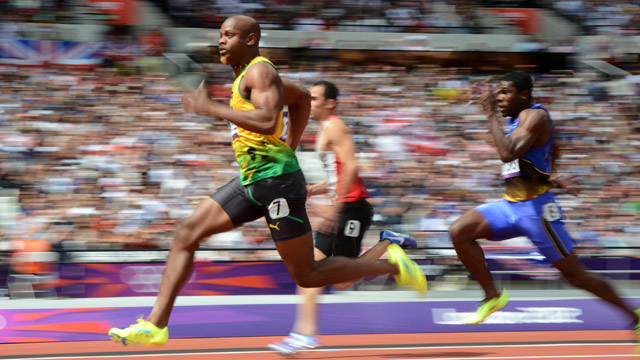