I thought up this exercise several years ago and included it in my glute eBook, but I never showed a video of them. I feel that biomechanically, this is one of the most similar ways to load the sprint pattern for horizontal power. Sure there are a whole-lotta muscles that are highly activated in a sprint, but the hip extensors appear to be the “rate limiting step” in terms of maximal speed production.

You can perform reverse hyper sprints with just bodyweight, with 5 lb ankle weights, or with 10 lb ankle weights. I haven’t experimented with anything greater than that.

It is VERY important that you use proper form when performing these. Notice that I do NOT hyperextend my lumbar spine or move into excessive anterior pelvic tilt? The trick is to NOT treat these like a hip thrust where you actively seek end-range hip extension and squeeze the glutes. Focus on the hamstrings and the glutes but slightly limit end-range hip extension so that the pelvis and spine are spared.

Rapidly reposition the limbs as quickly as possible while holding good position. Grip the handles hard so you can transfer some force from the arms through the lats through the thoracolumbar fascia and into the hips (serape effect). Envision sprinting on the track when performing these. 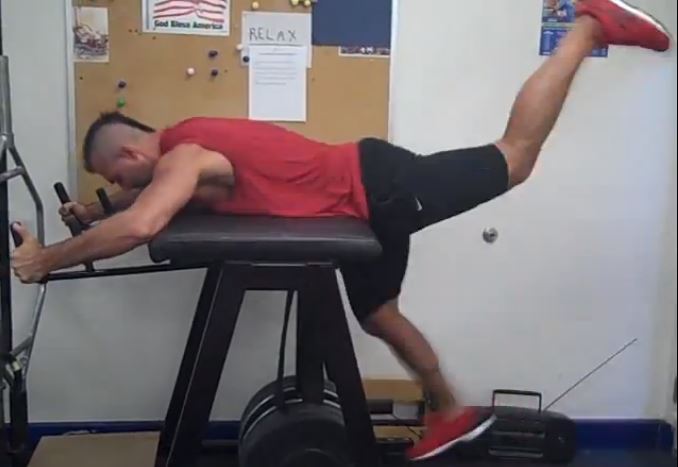 How to Get a Better Butt: Step Up Your Knowledge

How to Get a Better Butt: Step Up Your Knowledge