Solely training the glutes has an interesting effect on maximal strength retention. Nine years ago, strength coach Charles Poliquin relayed an anecdote where an Olympic lifter with knee problems increased his snatch strength by only performing lumberjacks (a glute exercise that is similar to a kettlebell swing, shown below) in THIS T-Nation article.

Last year, I mentioned HERE how my client Sammie hadn’t touched a weight in six months except for regularly performing 185-lb hip thrusts (fairly light for her), and upon her first workout back she managed to set PRs in her squat and deadlift (175 lb squat and 225 lb deadlift). Last year, I also mentioned HERE how hip thrusts led to the maintenance of glute size with my girlfriend Diana despite dropping out squats, deadlifts, and other movements. Recently, I wrote about daily glute activation workouts HERE. Over the past few months, my girlfriend Diana has relied on high rep, high density glute training multiple times per week since she hasn’t had access to a gym.

Yesterday, Diana returned home for a three week vacation so I decided to gauge her strength. Since I’ve been her trainer for the past seven years, I have a pretty good grip on how her strength levels fluctuate. Her max squat is 225 lbs, but when she doesn’t train for around six months, her squat will usually drop down to around 135 lbs. Her max deadlift is 245 lbs, but after several months of detraining, it usually drops down to around 155 lbs. Her max hip thrust is 275 lbs x 10 reps, but in the past it’s dropped down to 185 lbs x 10 reps when she didn’t train it regularly.

Having not squatted or deadlifted in six months, yesterday Diana managed a 175 lb squat and a 175 lb deadlift, along with a 225 lb x 10 rep hip thrust. You can see in the vids below that she had some more room in the tank, but I didn’t want to push it and risk injury. The only thing she’s been doing for physical activity is frequent glute workouts consisting of single leg glute bridges, quadruped hip extensions, side lying clams, side lying hip abduction, side lying clam raises, quadruped leg swings, and fire hydrants. Here are the vids of her squat, deadlift, and hip thrust:

What’s very interesting is that despite the impressive retention of maximal squat and deadlift strength, her form has deteriorated. Notice in the videos that her hips shoot up in the squat and deadlift, which indicates that she’s lost quad strength and is relying mostly on glutes for hoisting the barbell. Had she been performing bodyweight squats, Bulgarian split squats, reverse lunges, and skater squats, I’m sure that her form would be much better and she would be even stronger with her maximal squats and deadlifts. It’s not possible to know which glute activation lifts best help with the retention of squat and deadlift strength, but I would surmise that the single leg glute bridge was the best contributor, followed by the quadruped hip extensions and leg swings, with the hip abduction/external rotation work playing minor roles. The single leg glute bridge was likely the best contributor to the retention of her hip thrust strength, obviously due to the similarity in movement.

This anecdote suggests that high frequency/high rep/high density glute training does a pretty good job of allowing for the retention of barbell lower body strength. Since it’s very hard to isolate the glutes, the hamstrings and quads end up receiving activation when performing simple glute exercises, which probably contributes to the strength maintenance as well. As I mentioned in my book Bodyweight Strength Training Anatomy, all lifters should be well-versed in bodyweight exercises so you can train effectively no matter where you are and what your situation is in life. 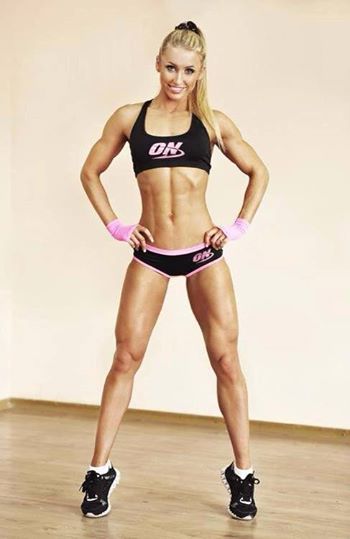 Decline Pressing From the Floor

Decline Pressing From the Floor