For maximal strength gains, should you use slow eccentrics?

Many strength coaches recommend a slow eccentric phase while strength training. They suggest a slow and controlled “tempo” while lowering, with the view that this might cause greater strength gains.

But is this really true?

Let’s figure this out from the ground up.

We can start by looking at the force-velocity relationship.

What is the force-velocity relationship?

The force-velocity relationship describes how the maximal force produced by muscles while they are shortening is inversely proportional to their contraction velocity.

However, during lengthening (eccentric) contractions, the force-velocity relationship is the opposite way around (Hortobágyi & Katch, 1990; Westing et al. 1990). In fact, to produce high levels of force requires muscles to lengthen quickly, not lengthen slowly!

Here is a graph to show both of these relationships together:

It is less complicated than it seems!

By looking at the graph above, there are four cases:

Why lower under control during normal strength training?

So now that we understand the force-velocity relationship, we can start to understand why many strength coaches recommend lowering loads slowly under control in the eccentric (lengthening) phase of normal strength training.

The fact is, that you are very much stronger when you lower a weight (eccentrically) than when you lift a weight (concentrically), and the difference is around 30 – 50% (Duchateau & Enoka, 2015). 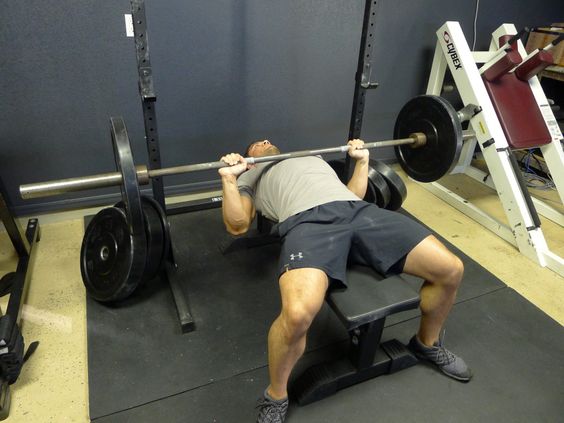 So if we want to lift the same weight in both concentric and eccentric phases (as most people do, most of the time), then we need to manipulate the force-velocity relationships so that the eccentric is harder than it should be.

Lowering under control is one way of doing that.

Slow eccentrics require you work harder against what is basically a comparatively much lighter weight. This is why lowering slowly is often recommended during normal strength training, instead of lowering quickly.

If you lowered quickly after lifting, it would be far too easy.

Why go fast (and heavy) when doing eccentric-only training?

Some strength coaches also recommend eccentric-only workouts where the load is lowered very slowly. They recommend spending several seconds lowering the weight, and then getting a partner to help you lift it back up to the top.

Even though lowering slowly is a good idea when combined with a concentric phase, it is not the best way to get stronger in the context of eccentric-only training.

When using eccentric-only training, lowering slowly is less effective for gaining strength, because you force yourself to use lighter weights, simply so that you can lower them more slowly. If you lowered more quickly, you could use a much heavier weight (just don’t use a weight that is so heavy you can’t control it, and end up dropping it).

And even though the jury is out when it comes to lighter loads and hypertrophy (Schoenfeld et al. 2015), I think we can all agree that using heavier loads will almost always make you stronger, probably because they provide greater mechanical loading (Schoenfeld, 2010), and I would bet that this applies even when you are just doing eccentric-only training.

But is that what the research says?

For example, Farthing & Chilibeck (2003a; 2003b) both assessed the strength gains in groups who did elbow flexion training on a dynamometer at either a fast velocity (180 degrees/s) or at a slow velocity (30 degrees/s), increasing volume progressively from 2 – 6 sets of 8 reps per workout over the first 13 training sessions, and then maintaining at 6 sets for training sessions 13–22 before a taper in the final 2 workouts. The fast group increased eccentric strength by more than the slow group, irrespective of whether the strength test was performed at the fast or slow speed.

Here are the results from Farthing & Chilibeck (2003b):

Slow eccentric-only training does not look that great!

Since Farthing & Chilibeck (2003a) also observed greater gains in muscle thickness (measured by ultrasound), they ascribed these greater gains in strength to larger amounts of hypertrophy caused by the higher mechanical loading. These findings are in line with those reported by Paddon-Jones et al. (2001), who found larger gains in type II fiber proportion after fast eccentric training, compared to slow eccentric training.

And doubtless hypertrophy did indeed play some role, although simply using the heavier loads almost certainly had other beneficial (both peripheral and central) effects on strength gains as well.

Later, Shepstone et al. (2005) confirmed these findings, as they found greater gains in strength (at both testing speeds) and muscle fiber size in a fast group, compared to a slow group. In addition, they reported greater muscle fiber damage or remodelling in the fast group. This type of remodelling seems to involve the cell cytoskeleton, including titin and related signaling proteins (Barash et al. 2004; Lehti et al. 2007; 2009). Given that titin is probably key for producing passive force while muscles are lengthening, and is almost certainly responsible for the unique behavior of eccentric contractions, this would be an exiting development.

Very recently, Sharifnezhad et al. (2014) compared two different long-term programs of eccentric training with different angular velocities but exactly the same force levels. The force used in both groups was 100% of maximum isometric force, while the angular velocities used in each group were 90 and 240 degrees/s, respectively. The slower angular velocity showed a tendency to superior strength gains, which is exactly in line with our expectations based on the force-velocity relationship.

The group who trained with the higher angular velocity could have easily used a much heavier load, so the relative loads (percentage of maximal force) in each group were very different.

How can eccentric training be done in a gym?

As you may have noticed, the above studies were all done with dynamometers to control the eccentric velocity. Of course, it is much easier to control high-velocity movements when using isokinetic machines, than when training in the gym, which means some discussion of practical matters is needed.

In the studies, taking 1 second to perform elbow flexion through 180 degrees (at 180 degrees/s) produces superior strength gains compared with taking around 6 seconds to move through the same range of motion (at 30 degrees/s). So although biceps curls do not quite go through that range of motion, we can use those numbers as a very rough guide, and say that setting the load so that you can only lower the lift for around one second is very likely to produce superior strength gains compared to lowering a lighter weight over several seconds.

Yes, that will be very heavy.

Consequently, while you can do fast eccentric training with many barbell and dumbbell exercises, how easy it is to set up, and how safe it is to perform depends a great deal on the type of exercise.

For exercises that naturally use light loads, such as the aforementioned biceps curls, you probably just need a spotter to help you avoid dropping the bar, and to help you lift the bar back up.

For  exercises that naturally use much heavier loads, like front squats, the situation is very different. Even with a very carefree attitude, you will still need a very sturdy rack, a couple of spotters, a set of pins to stop the downward progress of the barbell at your ideal depth, a quick process for stripping a few plates off the bar before you put it back where it came from, and a gigantic pair of brass balls. In such cases, the amount of effort you need to go to, just to make it feasible and anything other than suicidal, makes you wonder whether it is really worth it.

In my view, tackling lifts like this is not worth it (so please don’t do it).

Bodyweight exercises are often much easier, however.

You will doubtless know that most famous eccentric training exercise of all is the Nordic hamstring curl (Mjølsnes et al. 2004). This bodyweight exercise is very easy to perform in an eccentric-only format, as you can use your hands to return to the starting point, without even trying to repeat the exact same motion as the lowering phase. Also, for most people trying it for the first time, the Nordic hamstring curl is a fairly fast eccentric exercise, as it is hard to do anything other than resist as much as you can, while gravity enforces its will upon you. 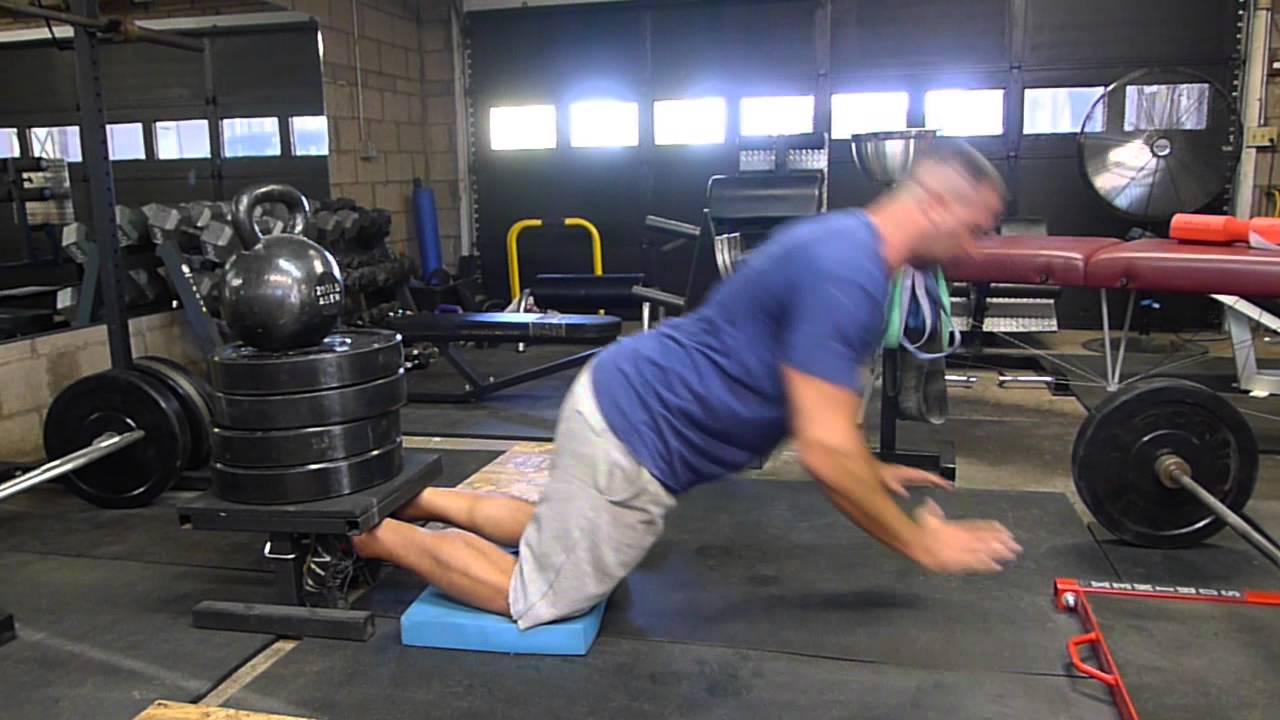 Even so, after training, you may find that you can lower yourself during the Nordic hamstring curl very slowly, or even get to the point where you can perform a concentric rep. At this point, adding a weighted vest would be a good way to keep the loading high enough to get the benefits of fast eccentric training.

The newly-developed Copenhagen adduction exercise is quite similar, although harder to perform without a partner (Ishøi et al. 2015). In this case, you may need ankle weights instead of a weighted vest to create a faster eccentric, however.

Many upper body bodyweight exercises are also feasible to perform eccentrically, although when the weight gets heavy enough so that they are performed quickly, they can get gnarly. Pull ups and dips just require a sturdy box to get you back to the starting position, and weighted vests, dip belts and climbing harnesses can all be used to create extra loading. Even so, you do need to be very careful that you are not going so fast at the end of the movement that you hyperextend your elbows (in the pull up), or overstretch your shoulder (in the dip).

Being practiced at doing eccentric training with the exercise, and having a floor beneath you that your feet can touch down on at the bottom of the movement, are essential things to get under your belt before thinking about going heavy on these exercises, and even then they are ultimately probably not great value from a risk-reward point of view.

Far, far easier than both free weights and bodyweight, however, are machine exercises where two arms or legs are used to lift the weight, and only one is used to lower it. Depending on the exact way in which the machine is set up, this is often possible with preacher curls, triceps extensions, knee extensions, leg curls, leg presses, chest presses, and even some pull-overs and rows. 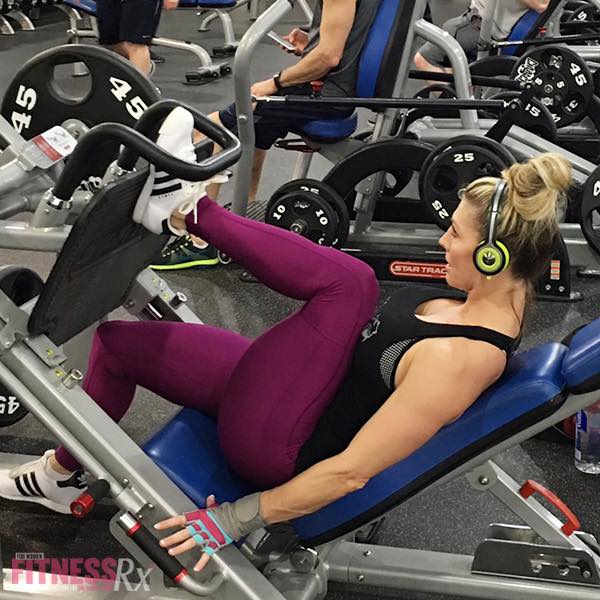 Since most of these machines can be set up to stop at a certain point near to the end of their natural range of motion, this is probably the only truly safe (and therefore the only recommended) way to do fast eccentric training.

Chances are, this is because lowering a weight slowly requires you to use lighter loads, while lowering a weight faster allows you to use much heavier loads. And heavier loads will always make you stronger, probably because they involve greater mechanical loading. Whether the strength gains are mediated solely by greater gains in muscle size, or by other (peripheral and central) changes as well, is less clear. 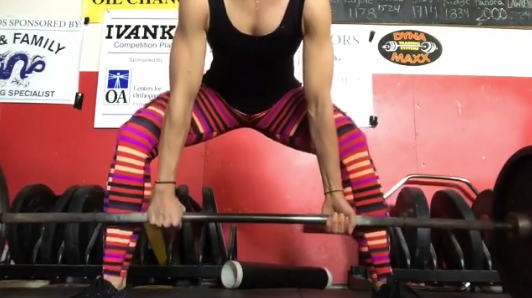 The Ladies of Strong by Bret

The Ladies of Strong by Bret