It’s been a long time since I posted one of these, but once upon a time my readers loved my random thoughts.

1. Mathematics of Sports Science Over the past year I’ve really delved into the mathematics of biomechanics and am interested in teaching you some of the numbers. Mathematics is the language of the universe and I’ve pulled up a ton of the literature that pertains to:

When you can envision the forces, torques, ranges of motion and peak power outputs involved in sports and exercise in newtons, newton-meters, degrees and watts, then you can get a very good understanding of what’s occurring and what needs to happen in order to improve. It is my hope that more coaches start learning these types of numbers as it will assist them in becoming better coaches. 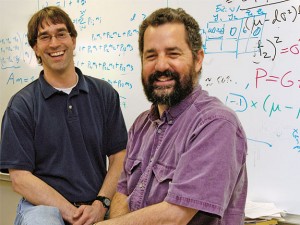 2. Unsolicited Advice A couple of weeks ago I posted a blog that discussed my policy at commercial gyms – I don’t offer unsolicited advice. Even though I could help nearly every single person in the gym improve upon their form or program design, I think of the golden rule: “Do unto others as you’d have them do unto you.” The other day I was performing box squats and some random guy came up to me and started lecturing me. He had very good intentions, but he didn’t possess a sound understanding of biomechanics and was informing me that I’m going to hurt me knees by sitting back so far. I could tell that this guy wasn’t the type to want to learn anything about knee joint loading during the squat (or hip or lumbar spine loading for that matter), so I opted to not try to teach him a thing or two and just nodded my head and thanked him for the advice. 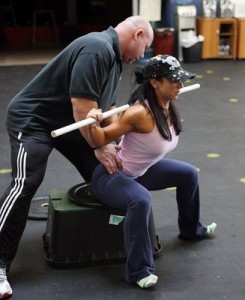 Box Squats Are Actually a Knee-Friendlier Way to Squat

Over the years I’ve had well-intentioned folks advise me to not squat, not deadlift, not military press, not dip, not bent over row, not hip thrust, roll my shoulders when doing shrugs and stop at parallel during squats. Ironically I guarantee that I get hurt way less often than the folks who offer me unsolicited advice and most of the time I’m around three times stronger than these folks. I just want to be left alone to train the way I want to train. For this reason, I choose to avoid ponying up unsolicited advice when training in commercial gyms. Sure some lifters would appreciate it, but many would be annoyed (even if my advice is sound) as in general most people want to be left alone when they train.

3. Hip Thrusts Sans Padding A while back I wrote in a TNation article that I no longer use padding when I perform hip thrusts. To prove it, here I am doing 495 x 3 without a pad. I don’t feel any pain when doing these. Just as in the case of squats, Zercher squats, front squats, hook grip, etc., eventually the pain goes away with hip thrusts and you no longer feel the bar digging into your upper hip flexors and lower abdominals. I have not experimented with this method on women and skinnier men so I’m not sure if they would experience issues with this method.

4. Coffee As of a few weeks ago I never really drank coffee (maybe on average a cup per month). For some reason over the past three weeks I’ve become completely addicted and started drinking 3-4 cups per day. Diet coke just wan’t cutting it so I had to move onto the hard stuff! 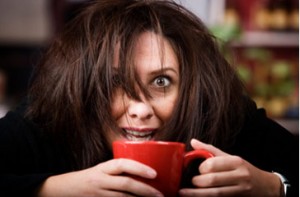 Where have you been all my life?

5. Ego Depletion and Healthy Habits I was reading Matt Perryman’s blog and came across something interesting – a phenomenon known as Ego Depletion. The premise behind ego depletion is that self-control is finite, and throughout the day, each time you have to utilize will-power and exert self-control you get a little bit weaker and find it more difficult to conjure up the will-power to utilize self-control and make the proper decision. This caused me to think about how this applies to nutrition. If I have junk food in my kitchen then every time I eat I have to exert self-control to avoid devouring the entire box/carton/bag of junk food. Eventually I’ll cave and wake up on the floor smothered in chocolate. If I don’t have any junk food around, then I don’t have to use up any “self-control” and I find it easier to avoid making poor nutritional decisions in life. For this reason I think it’s wise to set up healthy habits and put yourself in positions where you don’t have to constantly be tempted to be unhealthy.

Don’t set yourself up for failure!

6. Nutrition/Physiology Gurus Has anyone in the industry noticed this tendency? I won’t name any names, but many (not all) of the nutrition, fat-loss and physiology gurus in our profession are some of the cockiest guys I’ve ever come across. They seem to treat people like crap, tear into people and find the whole world annoying (except for those who agree with their every word). I’ve decided to venture more down the biomechanics path and I haven’t met many coaches who have a better understanding in this area than I do, yet I would never think that this knowledge gave me the right to talk down to everyone, nor do I feel superior to those who aren’t as well-versed as me. It’s as if there’s a direct relationship between understanding physiology and being an asshole. I freakin’ love science, but being a science whiz doesn’t make you cool. Being cool makes you cool.

7. Hip Thrusts and the Rest-Pause Method Something I really like about hip thrusts is that they lend themselves very well to the rest-pause technique. I described this technique in a SCJ article in addition to the constant tension method. With the rest-pause method, you perform a certain number of reps, rest a little bit, perform a couple more, rest, etc. Some would call this a “cluster set” but I’ve seen the terms used different ways over the years. Regardless, below is a video demonstrating the method. You’ll notice I perform 6 reps, rest around 8 seconds, then I perform 2 more reps, then rest around 12 seconds, then perform 2 more reps for a total of 10 reps. This method would theoretically produce superior neural adaptations.

8. Hip Thrusts and the Constant-Tension Method Since I mentioned the constant-tension method I figured I should show a video. This method would theoretically produce superior muscular adaptations. Watch Karli (this is a workout from around 14 months ago that I had her do) at 2:21 – 2:58 seconds into the video. You’ll notice that she busts out 145 x 20 reps in only 38 seconds (around 1 second up and 1 second down) while controlling the weight through a full range of motion. Smaller plates are used (25 pound plates rather than 45 pound plates) so the plates never touch the ground to prevent resting.

Damn I had Karli’s form looking amazing! Just sayin’. And the song in that video still gets me all riled up! Okay that’s all folks! Catch you on the flip side. – BC

Ten Minutes a Day Keeps the Doctor Away: A 5-Set Full Body Program

Ten Minutes a Day Keeps the Doctor Away: A 5-Set Full Body Program