Quit Going So Darn Heavy on Hip Thrusts: Train Your Glutes, Not Your Ego

Over 8 years ago I started hip thrusting and prescribing hip thrusts to clients (click HERE to read about the Evolution of the Hip Thrust and see over a hundred variations). It goes without saying that I’ve seen all types of hip thrusts – the good, the bad, and the ugly. In this article I want to discuss what I believe to be the most important aspects of hip thrusting.

If You Don’t Feel Massive Levels of Tension or Metabolic Stress in the Glutes, then What’s the Point?

There is no 1RM hip thrusting championship. You’re not going to go home with any award or trophy for setting a hip thrust 1RM record. Sure, it’s good for bragging points, but the purpose of hip thrusting is to build glutes.

There is indeed a 1RM that allows you to still feel the glutes, so don’t think that you can never, ever max out on hip thrusts. This occurs when you lift the heaviest weight possible that allows you to 1) keep the spine in neutral, 2) achieve full hip extension, and 3) hold the lockout for a second using the glutes as the primary driver. When done this way, a max hip thrust is perfectly fine. The problem is, hardly anyone actually does them this way. Instead, most lifters will hit a pseudo lockout that only reaches around 80% of the way up, with their backs overly arched (hyperextended) and the tension shifted away from the glutes and onto other muscles such as erector spinae, hamstrings, and quads. Please watch the video below to better understand what I’m talking about:

My Favorite Ways to Thrust

There are all sorts of effective hip thrusting variations, and there are all sorts of effective set and rep schemes for the hip thrust. From personal experience, most of my clients do best when they keep the reps at 5 or above with the barbell. Anything less and they don’t feel as much tension development in their glutes. In this way, there’s a sweet spot that lets you feel the glutes working most, and it’s not necessarily at 100% of the maximal weight you can hoist (it might be at 100% of the maximal weight that you can hoist with perfect form, but this requires more discipline than most people possess).

Now, you can certainly always just bust out ultra high reps and achieve very high levels of metabolic stress in the glutes. I definitely do this from time to time in my own training and also with clients. I especially like to do it with band hip thrusts and also with bodyweight back extensions. We’ll do 2-4 sets of 20-30 reps very often at the end of our workouts to attain a burn and pump up the glutes. 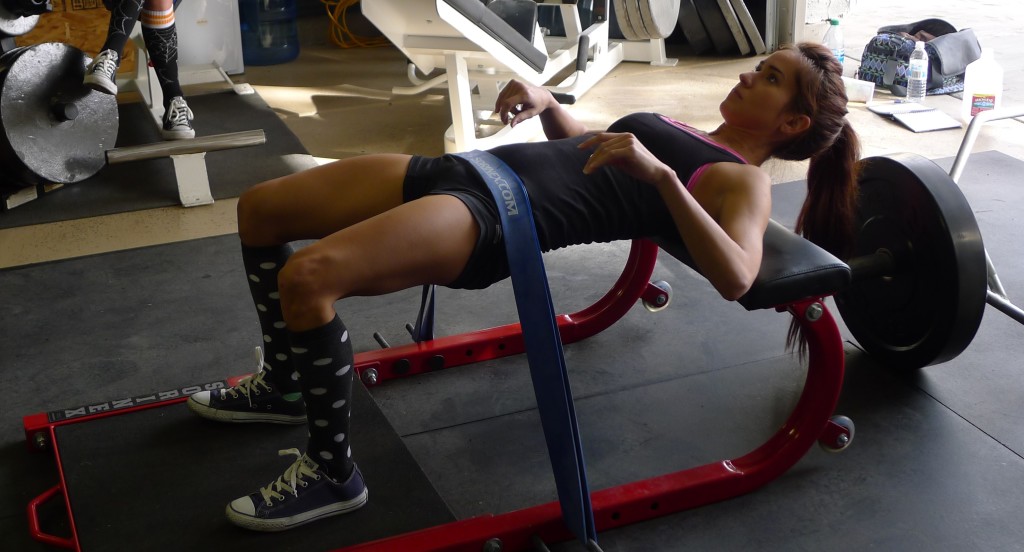 Is This Just Theory, or Are There Any Anecdotes to Support it?

The point of this article is not to tell you exactly what load, set, and rep scheme to use. It’s to inform you that you need to pay close attention in your training and conduct experiments so that you can hone in on your sweet spot. I can guarantee that the hip thrust method that allows you to best feel your glutes is not a partial ROM 1RM hip thrust with massive anterior pelvic tilt. The point of this article is also not to suggest that progressive overload isn’t important. You should continue to get stronger with excellent form, and your “sweet spot’ should steadily rise each year. Train your glutes, not your ego, and figure out the methods that suit you best. 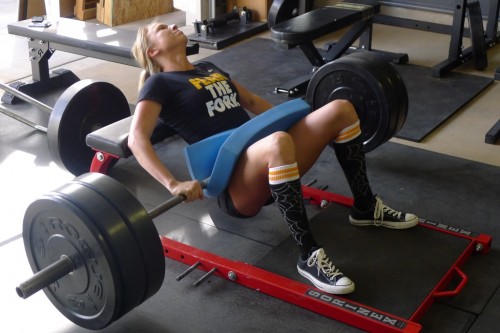