A few months ago I showed the band standing hip thrust, and I’ve also showed the kneeling barbell squat in a prior article. I first learned about the kneeling hip thrust from physical therapist Mike Reinold, but I assumed it was a wimpy rehabilitation exercise so I never tried it. Another reason that contributed to me not trying it was that I felt that it would be suboptimal compared to a supine hip thrust. I still believe this, but variety and versatility are always a good thing, so it’s a useful exercise to have in your arsenal. 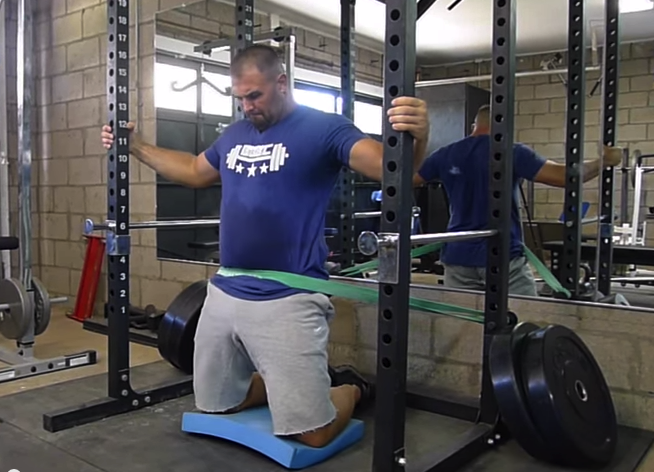 I recently decided to give it a whirl and I was surprised to find that I love it. You can get some really good levels of glute activation at end range hip extension with this variation, and I think it’s more effective in terms of activating the glutes than both kneeling squats and band standing hip thrusts. Watch the video below, give them a try, and see what you think!