The following article is a guest post from Chris Beardsley, who writes the monthly Strength & Conditioning Research Review service with me:

Some popular strength coaches have claimed that the leg press does not build “functional strength”.

Functional strength refers to basic movements that we all need to perform on a daily basis, like getting out of a chair, climbing up and down stairs, and walking across town. It can also refer to athletic performance measures, like vertical jump height, horizontal jump distance, and short-distance sprinting ability.

Since a small number of research studies have actually investigated whether leg press training leads to improvements in such tests of real-world muscular function, we can put these claims to the test.

Why believe that the leg press does not build functional strength?

As far as I can tell, the idea that the leg press does not build functional strength came about through the following process.

Let’s assess whether that claim holds any water whatsoever by looking at the research. But before we get started, let’s clarify what the term “functional strength” actually means. 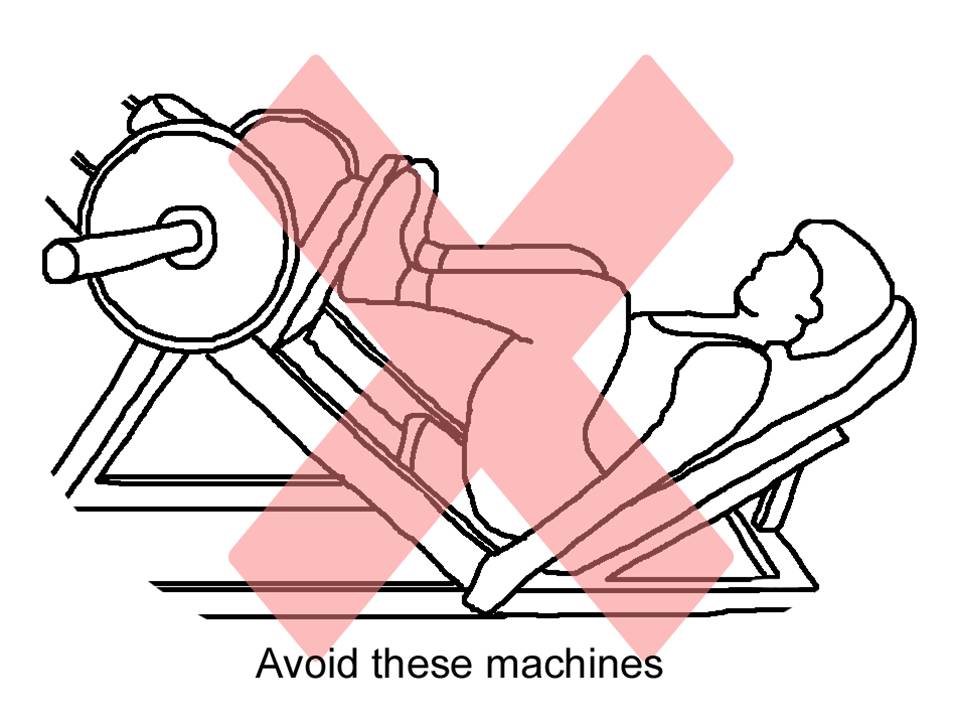 Should we really avoid the leg press?

What is functional strength?

Functional strength is the ability to display muscular strength in a basic human movement, such as walking, running, jumping, squatting, deadlifting, or lunging. If you wanted, you could add in dragging, carrying, throwing, and even climbing in there. You get the idea.

The term “functional strength” comes from the field of gerontology, where researchers work hard to help elderly people become more mobile, more independent, and less likely to fall down. In their world, improving “functional strength” is a critically-important issue. It refers to the ability of these people to perform tasks such as walking, getting up out of a chair, recovering balance, and climbing stairs. For these researchers, increasing functional strength means making a real difference in a person’s life. So they take discussion of the methods that improve it very seriously, as should we.

If the leg press does not improve functional strength, we would expect a resistance-training program using only that machine (or in combination with other machines) to increase leg press 1RM but not improve walking, running, jumping or squatting abilities. Is that really true? Let’s take a long, hard look at the research. There’s not a lot of it, I admit, but what there is all points in the same direction.

Let’s get the stuff that’s only applicable to diseased populations out of the way first, shall we? I bet I’m going to catch hell for it in the comments, anyway. With that in mind, here are a couple of studies that show how leg press training helps sick people walk better. If you can get any more “functional” than that, let me know.

Karlsen and Helgerud (2009) published a study in International Journal of Sports Medicine. They used an 8-week training program, involving 4 sets of 4 reps with a horizontal leg press at ~85% of 1RM with 2 minutes rest between sets, 3 times per week. Not only did leg press 1RM increase 44% but walking efficiency (oxygen consumed for the same workload) improved by 35%.

The marvelously-named Wang et al. (2010) published a study in Scandinavian Journal of Medicine & Science in Sports. They used a similar, 8-week training program involving 4 sets of 5 reps of the leg press at ~85% of 1RM, 3 times a week. Leg press 1RM increased 31%, walking economy increased 10%, and performance in a treadmill test to exhaustion increased 14%.

So if you know someone who is very out of shape and whose health isn’t the best, and who needs to get better at walking, leg press training could help them build some functional strength that would help improve that. 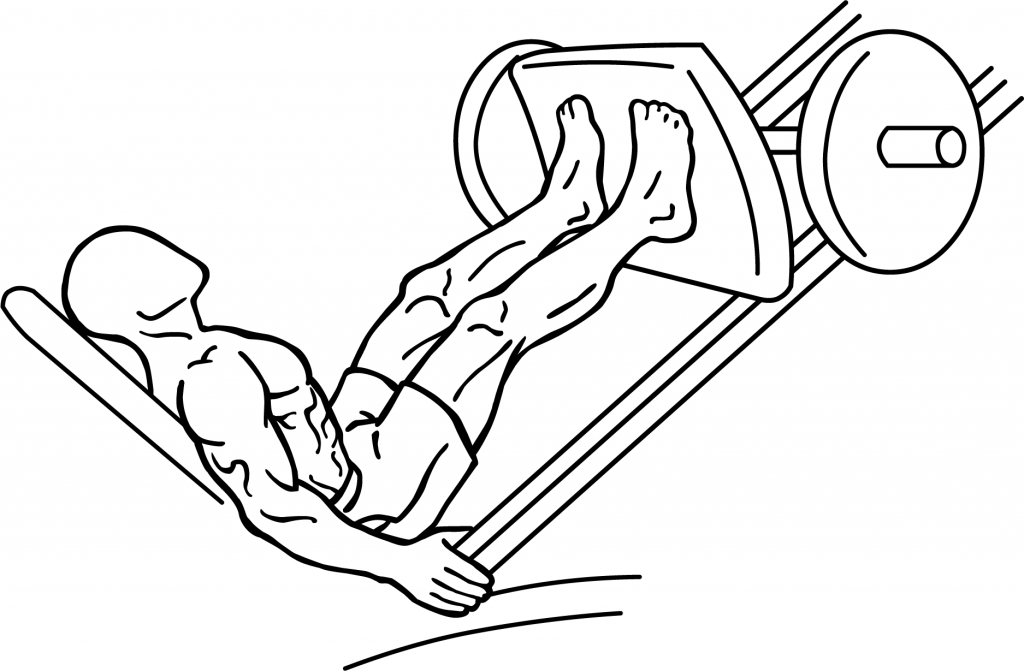 I’m guessing that some readers are going to tell me that older people are a different species from young people, too, but let’s cover off what happens when the elderly start leg pressing.

Very recently, Pamukoff et al. (2014) published a study in Clinical Interventions in Aging. Their study assessed the effects of a 6-week, machine-based lower-body resistance-training program on a single-step balance recovery task. The exercises included the leg press, knee extension, leg curl, hip abduction, hip adduction, hip flexion, and calf press, all of which were performed for 2 sets of 8 – 10 reps at 50% of 1RM. Leg press 1RM improved by 20% and improvements on the balance recovery tasks increased by 30%.

More impressively, Correa et al. (2012) released a study in International Journal of Sports Medicine. They used a 12-week periodized program of leg press, knee extension, and knee flexion exercises, performed 2 times a week. They found that jump height increased by 8 – 10cm while the number of bodyweight squats performed in 30 seconds improved by 18!

In a brand-new study in Experimental Gerontology, Ramírez-Campillo et al. (2014) had their elderly subjects perform both upper- and lower-body exercises (bench press, standing upper row, biceps curl, leg press, prone leg curl and leg extension) as well as some core work. The subjects trained using 3 sets of each exercise for 8 reps at 75% of 1RM, with 1-minute rest between sets. Before and after the 12-week training period, the researchers found improvements in jump height, 10m sprint time, and number of bodyweight squats in 30 seconds of 13%, 9%, and 19%, respectively.

I’m guessing that not many of you saw these results coming. Leg press training improves balance recovery, vertical jump height, number of bodyweight squats in 30 seconds, and short-distance sprinting ability. These are all good things as far as gerontologists are concerned. They’re also pretty useful when it comes to sporting performance. I guess that explains why so many British rugby teams still make heavy use of this supposedly non-functional piece of equipment.

Far be it from me to pick only studies that have been performed in elderly or diseased populations. After all, strength coaches are generally employed to develop athletic performance in young people. So let’s look at how leg press training works in younger individuals.

In a study published inJournal of Athletic Training, Wawrzyniak et al. (1996) assessed the effects of 3 different 6-week leg press training programs on lower-extremity functional performance. In this study, “functional performance” was expressed by a maximal single-leg hop for distance. The 3 programs used different ranges of motion, including 0 – 60 degrees and 0 – 90 degrees of knee flexion. Perhaps surprisingly, it was the smaller ranges of motion group that improved single-leg hop most, by 6.5cm.

Leg press training, either alone or with other lower-body, machine-based training, improves measurable, functional strength in most populations, including diseased, elderly and young people.

It can increase walking efficiency, balance, vertical jump height, horizontal jump distance, short-distance sprinting ability, and the maximum number of bodyweight squats you can achieve in 30 seconds. No, I agree, it probably won’t be as effective for improving athletic performance as the conventional back squat in trained populations… however, if you think it won’t improve functional strength at all, or if you believe that it will somehow magically make an athlete perform worse, then I have a bridge to sell you. There is simply no evidence to support that idea and what we do know suggests exactly the opposite.

For more articles from Chris Beardsley, please check out his blog.