Little by little I’m getting accustomed to New Zealand. Driving on the left side of the road is strange, as is driving from the right side of the car. What’s even trickier is that the turn signals are on the right and the shifter is on the left. I’m trying to get used to the metric system, especially kilograms (in the weight room) and celcius. If you want to convert kilograms to pounds you simply multiply by 2.2, and if you want to convert celsius to farenheit you multiple by 9/5 and add 32. The Kiwi alphabet is obviously the same since they speak English, but oddly they spell the letter Z as “zed.” They call their coolers “chilly bins”, q-tips “cotton buds,” french fries “chips”, flip flops “jandals”, auto body shops “panel beaters”, and they say “dodgy” quite often, which means strange or quirky. They like to put the word “as” at the end of a sentence and not finish it, and they say “eh” a lot like they do in Canada.

Everyone here calls me “Brit.”

Netball is really popular here especially with women, which is like basketball without a backboard. Cricket is very popular too, which is somewhat like baseball. But the most popular sport here without a doubt is rugby. Check out the All-Blacks doing the “Haka!” These guys are freakin’ warriors.

Having just spent a week lifting at a commercial gym (see my last post in case you missed it), I was a little worried about what my training options would be when I arrived in New Zealand. I wasn’t sure where I’d be lifting but I knew that there was a regular school gym right beneath my future work station (I’m on the second floor, the gym is on the first floor). AUT calls it the AUT Fitness Centre.

I assumed that the school gym would involve the same crap I saw when I attended NAU for my undergrad and ASU for my master’s degree – tons of bench press, lat pulldowns, curls, and sit ups with the occasional quarter squat in the smith machine, leg press, and lying leg curl. I firmly believe that every exercise has its place and am not bagging on these exercises; I’m bagging on the unbalanced program design. More pressing than pulling, more internal rotation than external rotation, more anterior chain than posterior chain, etc.

To say that I was in for a pleasant surprise is an extreme understatement. As soon as I walked into the AUT gym, I felt like I was in the twilight zone. Actually I felt like the Dancing Bumble Bee Girl in the video No Rain by Blind Melon. She was laughed off stage and scoffed at in life until she one day finds herself in a field surrounded by fellow Dancing Bumble Bees. Finally she was home.

This will be hard for many of my American friends to imagine, but this is what I saw as soon as I walked into the gym: To my right a guy was doing front squats ass to grass. Straight ahead a girl was doing weighted 45 degree hypers, bending solely at the hips. On the platform up and to the right, a guy was performing power snatches. Right outside in the grass one guy was doing farmer’s walks with farmers implements, while another guy was doing backwards sled drags. This was all occuring immediately as I waltzed into the gym. Bear in mind that this is not the athletes’ gym; it’s the gym for the regular students.

Perhaps the best thing about the gym is that there’s a chalk bin right next to the platform! Hallelujah. This should be the norm, not the exception. Now all they need is a deadlift lever to be complete!

What’s funniest about my experience is that several staff members knew who I was and regularly read my blog, and a couple of the lifters in the gym read my blog as well. I’ve been in New Zealand for just five days and I feel like I have half a dozen lifting buddies already.

The guy doing Olympic lifts followed up his power snatches with hip thrusts. He was super-strict; pausing at lockout for a full second or two.

The back of the gym’s glute ham developer was elevated. I asked a trainer if they learned this from my blog and he said yes indeed. Maybe SprintStrong was right and I am indeed one of the most influential strength coaches in the world…

I’ve trained there three times now and I’ve gotten a good feel for the gym. The staff there is top-notch. Many of the trainers are interested in both physiotherapy and strength training so they have an excellent feel for good mechanics. The trainers are very educated and interested in learning new methods, and they practice what they preach by training hard. This is quite rare in gyms these days.

There’s a badass lifter and student of the sport of strongman who puts on local strongman meets and makes sure the gym is equipped with plenty of strongman equipment such as a giant tire, sleds, farmer’s walk implements, an axel, a yoke, various stones and odd objects to carry. Today he did power cleans and Zercher squats while his crew did axel clean and presses and Zercher carries. Many of the female lifters use the farmers walk handles and sleds, in addition to equipment such as kettlebells and sandbags, which is great.

Today I saw three of the strongest looking dudes I’ve ever seen in my life; two were training strongman and one of them is a trainer. All three of them are Pacific Islanders – one was from Tonga, one was Maori, and the other is a mixture of Somoan, Hawaiian, and more. They look like they could rip your limbs clean off of your body and eat them for a post-workout snack, but just like the rest of the New Zealanders they’re extremely polite and respectful. Some of the guys walking around here are freakish – you can tell that they’re rugby players who were put on this Earth to crack skulls. They look like they could give The Rock himself an ass-whooping. 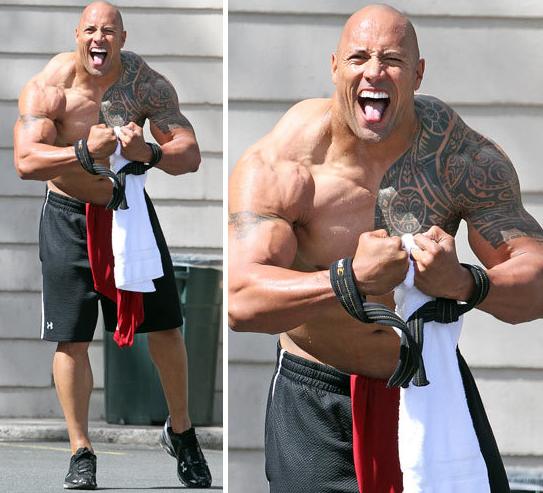 Last Friday I actually visited AUT’s Millenenium Campus, which is the facility where the athletes’ train. It’s absolutely amazing! They’re dumping $40 million into MISH (The Millenium Institute of Sport and Health), and I will be a direct beneficiary of this upgrade next year as I conduct my research. When I toured through this facility I was blown away. I never imagined such a scientific “Disney Land” for biomechanists, physiologists, coaches, and physiotherapists. I’ll discuss this in a future blogpost, but suffice to say, AUT is without a doubt one of the premier institutes in the world for high-performance research.