Well folks, I finally made it to New Zealand! The past couple of weeks have been pretty crazy. I had four different going-away parties, all of which involved me eating like a crazed pig. I moved all my crap out of my house, sorted out my tax information, sold my car, and said my farewells.

The 13 hour flight to NZ was pretty rough since I’m 6’4″ and take up a lot of space, but Air New Zealand is a top-notch airline. The staff is very professional and courteous, I was fed three excellent meals (normally they feed people twice but I got hungry in the middle of the night and they accommodated me), and I had access to all kinds of movies, television shows, documentaries, and music. I alternated between reading a chapter in my new Strength & Conditioning book with watching Through the Wormhole With Morgan Freeman documentaries. I also watched 127 Hours and was so jacked up from watching him cut his arm off that I only slept around 4 hours.

Today my supervisor took me around the AUT campus and introduced me to various staff members. Surprisingly I’m not feeling very jet-lagged and am eager to resume heavy lifting tomorrow. The staff here at AUT is incredible. The high performance/strength program here is second to none.

Moving on, I wanted to write a quick blog about my experiences during my last week in the United States. My buddy Steve (the pitcher who I gave my equipment to) left to play ball overseas so I couldn’t train with my equipment at SHSC. I was forced to train at a commercial gym for the week, and here are some observations.

1. Too Many Short Range Movements

This is the number one problem in commercial gyms today. Full range strength training is what it’s all about. Take a look around at any popular commercial gym these days and you’re likely to see quarter squats, incline and military presses cut short, half-range pull ups, etc. I’ve been training in commercial gyms since I was 15 years old and am therefore accustomed to seeing this crap, but I feel like things have gotten worse in the last year or two. I’m okay with the occasional prescription of half squats, rack pulls, board presses, and floor presses, but only in the context of a well-planned program that revolves around mostly full-range movements. For ten minutes I watched a guy doing endless sets of partial end-range cable crossovers. Lord help me!

2. No Rhyme or Reason

Most of the lifters don’t seem to know what they’re doing. I’m all for auto-regulation, but many lifters think that they’re doing right by employing “instinctive training.” The problem is that their instincts suck. They don’t know enough to “wing it.” Knowledgeable lifters might do just fine winging it, due to the fact that they adhere to certain principles. Most commercial gym members don’t know any principles. You see guys training chest and they’ll do pec deck, followed by hammer strength bench, followed by dips, followed by incline press. The workout would be much more effective if it were performed in reverse order; progressing from least stable to most stable.

Sadly the trainers aren’t much better. It’s a case of the blind leading the blind. I watched a female trainer prescribe an overweight client four sets of reverse pec deck. Is that a good use of around ten minutes of your overweight client’s time? 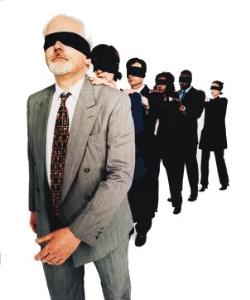 I don’t know how else to put it, but there just doesn’t seem to be any juevos in commercial gyms today. I rarely see people doing stuff that impresses me. Any time someone can take the easy-way-out, they seem to do so. Quarter squat on the smith machine rather than full squatting in the power rack, do leg curls rather than glute ham raises, do fifty sets of arms rather than weighted chins and dips, do walking lunges with bodyweight rather than doing them while holding onto dumbbells, etc. Commercial gyms need to grow some plums!

Most of the gym-goers can bench press more than they can deadlift. Quad dominance plagues commercial gyms across the country. Guys love to quarter squat on the smith machine, leg press, hack squat, and hit the leg extension machine, but they don’t put equal effort into deadlifts, good mornings, back extensions, and Russian leg curls.

I know I don’t have the best physique in the world, but at least I have proportionate lower body musculature to match my upper body. You can usually tell when someone deadlifts heavy. You can see it in their physique. The traps, the back thickness, the forearms, the glutes, and the hamstrings are all impressive. In commercial gyms the men I see often have weak looking, lower-crossed syndrome, internally rotated shoulders, etc. Their pecs, delts, arms, and lat width is usually respectable but their erectors, glutes, and legs are typically underdeveloped and pathetic. It just exudes slow, uncoordinated, unathletic, and weak to me!

I literally cringe when I see the form that most people use on the various lifts. In particular, no one seems to know how to deadlift properly. People round their backs, shrug their shoulders, bent their elbows, hyperextend their backs, try to squat the weight up, initiate the lift with the bar too far out in front, shift their weight forward, etc. Everyone seems to bent over row with their torso almost upright. No one does full range chin ups or pull ups anymore. And don’t get me started on squats!

7. Didn’t Feel Like I Could Get a Good Leg Workout

I seriously don’t know how most people get a good leg workout in at commercial gyms. I realize that most people think that all you need to do is standing-based movements for lower body development. I’d agree that squats, deadlifts, walking lunges, good mornings, and the Olympic lifts are among the best in the business for lower body development. However, supine and prone hip strengthening exercises have horizontal vectors which are specific to sprinting and involve end-range peak contraction in the glutes.

Sadly, most gyms don’t have any glute ham developers, most have crappy back extensions, many have glossy platforms which aren’t conducive to heavy hip thrusting, most don’t have a reverse hyper machine, and most have crappy 4-way hip extension machines that have way too light of weight stacks.

If you tell me that this video below is a suitable alternative I’ll blow a gasket!

That’s all folks! Hope you enjoyed the blogpost.