Twelve Things I’m Thankful For in 2011

There are millions of crazy people just like me who are a bit obsessed with lifting weights. One of the guys speaking alongside me at a conference this weekend emailed me and asked if we could meet up and talk shop, and also whether we could train together on Friday night. I had to laugh as I can totally relate. Most people would just ignore their Friday workout but there are many of us who will find a place to train, improvise, and stick to the plan. We don’t let anything stand in our way and we’ll find a way to sneak in a great workout. I love that I’m not alone. When I moved to New Zealand I had instant gym friends as lifters around the world speak the same language.

Over the past couple of decades I’ve had some amazing times and I’ve had some very dark times, but one constant has always been the weights. No matter what was going on in my life I could always hit the gym and grab an amazing workout. 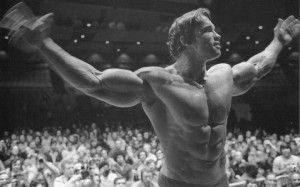 As I grow older I realize that family is what it’s all about. Friends and acquaintances will come and go but family stays forever. Being away from my family has made me realize how lucky I am to have such caring, supportive, and interesting family members.

Many of my American friends are unaware of this but we’re not well liked worldwide. I’d say the majority of countries do not like us. This was a huge shock to me as before I started travelling I assumed that everyone loved us. Many foreign countries have a sour taste in their mouths from George W. Bush and the economic meltdown, and many of our reality shows paint us in a very poor light. However, the one thing I love about the United States is that we are a melting pot. We welcome most foreigners with open arms. I believe that it’s a huge weakness for a country to have biases toward entire populations of people.

America doesn’t have the population, the size, or the history that some other countries do, but we’ve been successful on account of hard work and dedication. We face many problems but we’re always working on them. Though America has our fair share of idiots (what country doesn’t?) and our fair share of failures, we also have our fair share of legends. I’m damn proud to be an American.

Many of my PhD friends give me crap about being a blogger. They don’t have the slightest clue what it’s like. When they finish with their work for the day their done; they can kick back and watch television. I’m constantly writing down ideas, trying to have people help me film videos, and striving to pump out good free information for my readers despite being very busy. A few of my colleagues appear slightly jealous or envious of my popularity, but what they don’t realize is that I’ve worked my ass off for it and any success I’ve achieved has been earned through countless hours of continuing education.

Blogging isn’t easy.  We bloggers sacrifice a lot to maintain our blogs. Try pumping out 150 blogposts per year while juggling 20 other balls in the air. I remember when I used to have a girlfriend, I was always telling her, “Five more minutes and I’ll be done.” Two hours later I was still working. I’m going to try to be a much better boyfriend next time I get a girlfriend, but I’m sure my blogging colleagues can relate. We are a passionate group of people and I’m thankful for all the other fitness bloggers who devote their time to putting out free information that I can learn from week in and week out.

I could write an entire chapter about my professor/supervisor John Cronin. He’s like a second father to me. Having spent so much time in the online world, I’m accustomed to meeting males who are overly competitive, overly confident about what they think they know, and overly selfish. John Cronin is a rare guy who actually cares more about his students than his own success. Ironically this is why he’s so successful. Before I moved to New Zealand my buddy and fellow researcher Matt Brughelli advised me to get my PhD through John at AUT University. Matt’s been all over the world and understands the different types of professors out there. I’m so glad I listened to him. In the past year, John has taught me much more than topics in sports science, he’s taught me a lot about life in general and served as an excellent role model.

When you really delve into the research you start realizing how much time is spent publishing a study. We strength coaches like to gloss over them and scoff at them if they weren’t designed to our liking, but researchers devote considerable time coming up with detailed studies to answer questions in our field. I love that there are people who are so interested in sports science that they’ll go to such lengths to publish studies.

First you have to think up the study design. Then you have to conduct a literature review and see what else is out there. Next you have to conduct the actual study, which often involves several months of hard work. After the study is completed you have to crunch the numbers and perform a statistical analysis. Then you have to write it all up, including the introduction, the literature review, the methods section, the results, the discussion, the conclusions, the references, not to mention any pictures or charts you include. Next you need to write the abstract. Now it’s finally time to submit the article to a journal. But you’re not done yet, you still have to go through the peer-reviewed process.

Behind every good study you read there is often hundreds of hours behind it, and many times you get to read the study for free! 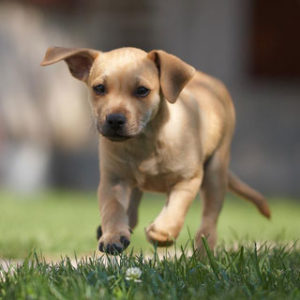 I allow myself a few squares of chocolate (usually dark but not always) each night. You have no idea how much joy this brings to my life!

Dexter is my favorite tv show. Well, it’s actually the only show I watch. I wish there was a new episode on every night of the year. 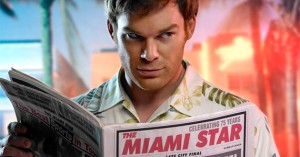 And third chances, and fourth chances, etc. No matter how badly you’ve screwed up, no matter how many mistakes you’ve made, and no matter how deep of a hole you’ve dug for yourself, one of the greatest things about free-will is that you can choose to wake up the following morning and change it. You can turn over a new leaf at any point in time and reinvent yourself. Self-improvement isn’t easy any many folks seem to stagnate in life. But this doesn’t have to be you. Whatever you don’t like in your life, whatever you don’t like about your disposition, and whatever you don’t like about yourself, you have the power to do something about it. I’ve seen far too many success stories to ever say, “People can’t change.” They can change, and millions are doing it every day.

One of my greatest accomplishments this year is somehow helping to unite the Girls Gone Strong girls. I wrote a blogpost and introduced them via email and the rest is history. Now I see them travelling to meet each other (some of them from very long distances), I read their posts about their experiences with one another, and I witness genuine friendships being built.

I feel very proud to have played a small part in these wonderful lady’s lives, and I believe that in this instance I was able to pay forward what my professor has done for me (to a very small degree). Just as my professor takes pride in his students’ success, I take pride watching these women emerge onto the fitness scene and gain momentum. They’re building a strong following and can do a lot of good as the strength & conditioning industry was in need of knowledgeable female leaders who can steer newbie female lifters in the right direction. Make sure you hit “like” on their Facebook page and help them get to 5,000 followers. 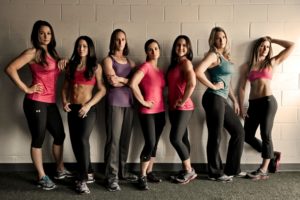 I can’t even begin to tell you how jacked up I get for the UFC. I don’t get a chance to watch many sports since I’m so busy, but I make an exception for UFC fights as I’ve been a fan for many years now. Sports bring us closer and unite people. This reminds me – 2012 is an Olympic year. Hurrah!

So there you have it folks. These are twelve things I’m thankful for in 2011. Happy Thanksgiving to my American friends!