A high school football coach recently sent me the following email detailing his progress over the past season. I noticed similar things when I assisted with the strength coaching for a high school football team in Arizona, though I didn’t crunch any numbers and analyze the data. In fact, due to a healthy diet of box squats, hip thrusts, and power cleans our lineman could deadlift 500 lbs without ever deadlifting. I believe that the hip thrust is even more beneficial for younger and less advanced athletes as they often have much room left in the tank for increases in gluteal physiological cross-sectional area, neural drive to the gluteals, and improved on-the-field and lifting kinematics subsequent to hip strengthening. It’s nice to gain insight from experienced coaches who know what to expect year in and year out, as when they add something in that works they notice right away. I also appreciate the statistics – mathematics is the universal language. Here’s what Coach Kevin had to say:

I am a football coach at a 2A high school in South Carolina. I also serve as our strength and speed coach. The make-up of our athletes is lacking, but our kids work hard. I wanted to find another tool to help our kids develop their explosiveness and speed. After a lot of research, I contacted Bret, who has taught me about glute activation and the effects it has on athletic performance. I was skeptical at first thinking that strengthening the glutes would have this much affect on an athlete. After all, we did cleans, squats, dead lifts, and lunges; we were working our glutes. 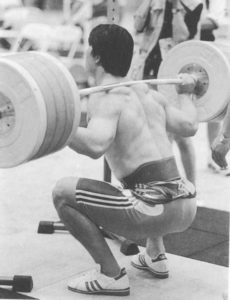 We decided to go ahead and add in a few of the recommended exercises Bret prescribed. We started out slow with the fire hydrants and glute- bridge. We saw a little improvement in our kids’ quickness. We then added in the weighted hip thrust with the athletes that were ready for that movement.  The results have been astonishing. We set a mark of 185 on the power clean to gauge the improvement. We now have 40 kids that can power clean over 185 easily. Our quickness has continued to improve. Most often during the season football players do good to maintain their maxes. 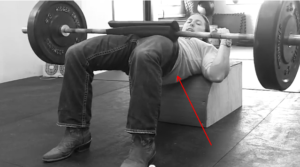 We kept in the hip thrust with our in season program and had remarkable results. We had a 61% increase in our power cleans maxes from our summer testing session. We had a 47 % increase in our squat maxes from the summer also. I want you to understand that in the six years I have been at my school, we have never had kids increase in their maxes like this. Most of our kids play both ways and the practices are physical each day; it is hard to build strength. Bret’s innovative approach has helped our kids tremendously. You could actually see kids getting quicker during the season. We have just begun our 40 yard testing this week, and we have already had kids best their summer 40 times by as much as 2 tenths of a second. I am truly grateful to Bret for all his guidance with our program. It has made a difference. 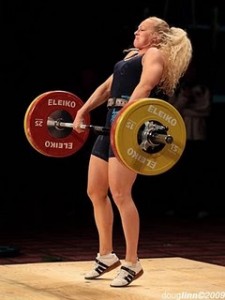