Imagine getting the keys to a Ferrari. You like speed, so you floor it to see what’s under the hood. 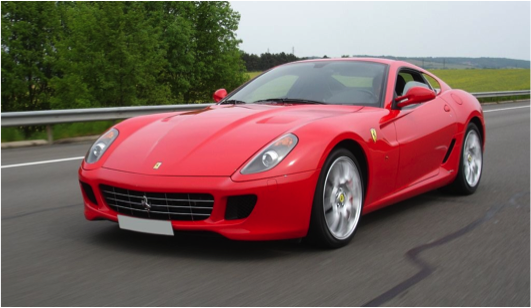 After a few seconds of acceleration, you notice your mom is in the passenger seat telling you to slow down.

You’re all grown up now, so you tell Mom to chill out, blast the radio, and continue your quest for speed. But for some reason the car won’t go past 65. Then you notice Mom has her foot on a brake that has ultimate control over the car’s velocity. Whenever she thinks you’re driving too fast, she uses the brake to slow you down.

At some point you realize the only way to go faster is not to hit the gas harder, but to convince Mom you can drive safely at high speed. How would you convince her?

Why your nervous system is like an overprotective mother

This ridiculous story provides insight into how the nervous system governs the physical limits of our strength, endurance, or flexibility. If it perceives that a particular movement is unsafe for some reason, it can “put the brakes” on that movement.

Like an overprotective mother, the nervous system doesn’t care very much about how many trophies you take home. It just wants you to pass your genes to the next generation. Its priority is survival not performance. And these priorities evolved in an environment where minor injuries had major implications for survival – a sprained ankle or torn hamstring could be the difference between life and death.

So even if you are not consciously concerned about injury while deadlifting, sprinting, or running a marathon, unconscious parts of your brain are very concerned. They are always analyzing potential threats related to movement, and deciding whether to protect you from yourself, by making you weaker, stiffer, or fatigued. Therefore, if you want to truly max out on your physical potential, you need to convince the nervous system that maximal performance is safe.

At this point I hear you saying: “OK this little metaphor has some logic and intuitive appeal. But is there any science to support it?”

In the case of endurance, researchers like Tim Noakes have been gathering significant evidence that the brain acts as a central governor on prolonged exercise performance.

According to this theory, the brain monitors the state of the body during exercise and analyzes physical dangers related to energy depletion. When the brain perceives threat, it produces the feeling of fatigue that makes continued work undesirable and eventually impossible. So we never really reach our true physical limits. Our brains take steps to shut things down before we get there.

Here are some common observations that are explained by the idea of a central governor on endurance:

Further, athletes can be “tricked”into working harder in numerous ways, such as deceiving them about the time or distance they have exercised, cooling hands to fool the brain into thinking core temperature is less elevated, or using a carbohydrate mouth rinse to falsely signal the availability of new energy sources. To use the car analogy, this is kind of like showing Mom a fake speedometer with a lower speed.

The concept of a governor also helps explain how we increase range of motion through flexibility training. Like prolonged exercise, moving your joints through a very large range of motion is potentially dangerous because it can cause muscle strains and joint injuries. So we should expect the nervous system to involuntarily stiffen muscles to prevent joints from reaching ranges of motion perceived to be dangerous.

Consistent with this idea, it appears that programs to increase flexibility work by increasing the nervous system’s “tolerance” to stretch, not by making the tissues physically longer. To use the car analogy, increasing range of motion is more about getting mom to take the foot off the brake then putting a bigger engine in the car. 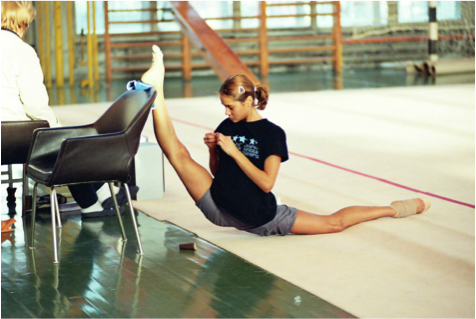 Like flexibility and endurance, strength is to some extent governed by unconscious and involuntary processes. 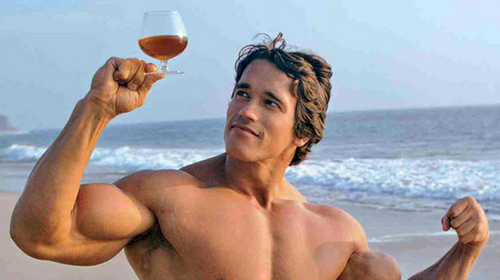 The “Governor of Strength”

Extreme muscle contractions create forces that are potentially dangerous.
We can appreciate their destructive power by considering the effects of severe electric shock, which causes involuntary maximum muscle contractions. These are so powerful they can dislocate joints, break bones, and throw the body across the room.

Vladimir Zatsiorsky, a professor of kinesiology and exercise science, estimates the average person can voluntarily utilize only about 65 percent of her potential muscle power. A trained power lifter might reach 80 percent. As kettlebell guru Pavel Tsatsouline says, your muscles are already capable of lifting a car, they just don’t know it yet. That is a bit of an exaggeration of course, but it is true that most of us have significant untapped potential in our musculature.

Based on the logic of the central governor, one way to tap that potential is to reduce perceived threat associated with force production. This will give the nervous system the “green light” to use maximum force. There are several lines of research that support this view.

First, experimentally induced pain will weaken a muscle, while anesthetic injected into a painful joint will increase strength. Thus, it seems that pain has a “red light” effect on muscle force.

Second, interventions that create novel proprioceptive input, such as joint mobilizations, often lead to immediate increases in strength. Why? Mobilization could reduce nociception and pain through sensory gating. It could also temporarily increase awareness and coordination at the mobilized joint. A coordinated joint is necessarily a safer joint. Just as you wouldn’t move quickly in a basement with poor lighting, your brain doesn’t want to move joints quickly and powerfully without a good awareness of what is going on there.

Further, anecdotal evidence suggests that increasing stability and coordination with respect to a particular movement will also increase strength. Of course, one reason that stability improves strength is that it allows more accurate channeling of forces to their target. But another reason might be that it signals a safe context for maximum force production.

Have you ever noticed feeling less inhibited in your ability to create maximum force when you did something to increase stability and control, such as wearing a weight belt, using a machine as opposed to free weights, or simply improving your technique in the movement? If so, maybe you have found a way to signal to your nervous system that higher levels of force are safe.

This does not imply that strength (or endurance and flexibility) is “all in your head,” or that a ninety-nine pound weakling could perform great feats of strength with the right mindset. (Despite urban legends to the contrary, my research does not reveal any documented cases of grandmothers lifting cars off children in emergencies!

But it does suggest that reducing threat associated with forceful move- ments through safe and pain free repetition, developing control and stability, and eliminating pain associated with movement, are key ingredients in a strength training program.

Put another way, we can look at weakness as a protective mechanism of the nervous system, and we can reduce the use of that mechanism by reducing perception of threat.

So how do you convince mom to let you drive the Ferrari faster? Several obvious strategies spring to mind. You show her that you are a safe driver by avoiding accidents (and close calls.) You keep the car in good condition. You establish a record of many safe trips at slow speed before progressively increasing your pace. You show her that you know the roads, and have skills in use of the brake and steering wheel. Maybe you even pretend there’s an emergency (pro tip: this doesn’t work every time.)

Similar strategies would apply in a program to achieve maximum strength, flexibility or endurance. You stay pain-free and healthy. You use a plan of graded exposure and progressive overload to manage training stress. You work on your technique to ensure your movements are controlled, stabilized, pain-free and related to a useful function. And you respect the role of the nervous system in being the ultimate governor on your performance.

To learn more about the science of pain, movement and performance, and how the nervous system protects us by creating weakness, stiffness, fatigue, pain or changes in coordination patterns, check out my new book: 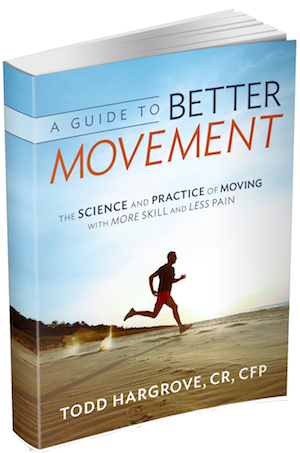 A Guide to Better Movement: The Science and Practice of Moving with More Skill and Less Pain (not an affiliate link)

Todd Hargrove is a Rolfer, Feldenkrais Practioner and author. He writes a blog at bettermovement.org about practical science related to movement, pain, and performance. He recently published a book called A Guide to Better Movement.