In watching these Presidential candidate debates, I can’t help but wish that the Strength & Conditioning industry could have regular debates amongst the experts. Debates are a healthy and productive part of the learning process; they’re vital for settling differences, they generate hypotheses which can be tested, and they remove the veils so that everything is transparent. They’re important in every scientific field, including sports science. 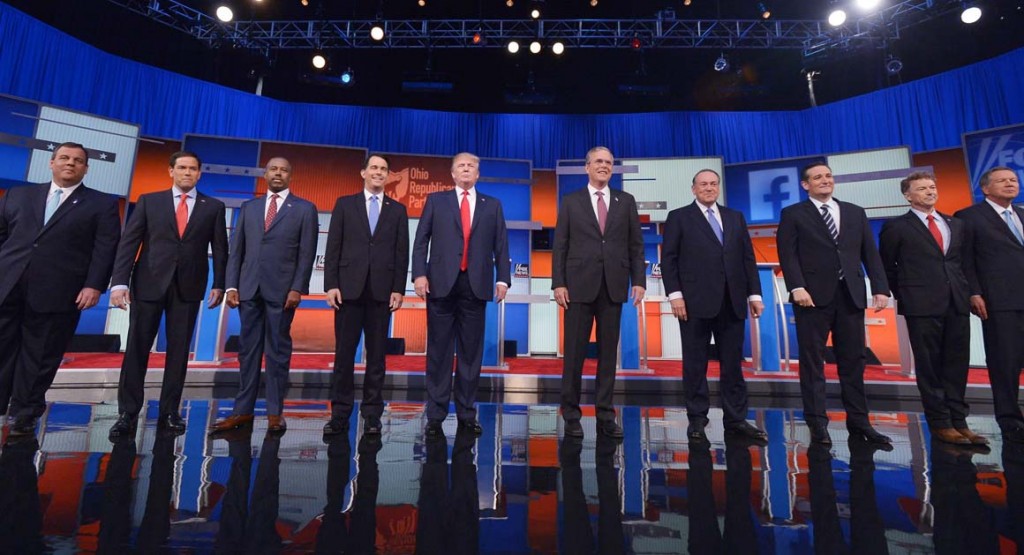 S&C will never have this because you don’t demand it. You make excuses for cowards and don’t hold your leaders to high standards.

Over the past several years, I’ve challenged four individuals to debates – all guys who were publicly badmouthing me or pissing on the good name of science (see Grill the Guru archives). None of them accepted, and their excuses were utterly pathetic.

I want to show you how legitimate scientific experts operate. Today, I text messaged my friend Alan Aragon out of nowhere, challenging him to a debate. Exactly thirteen minutes later, he accepted the challenge. You can tell by his response that he welcomes the debate and would relish the opportunity to show off his knowledge. For the record, I don’t disagree with Alan on this topic, nor would I really debate him on it as he’s my go-to guy for sports nutrition research. But do you see how easy it is to interact with true professionals? 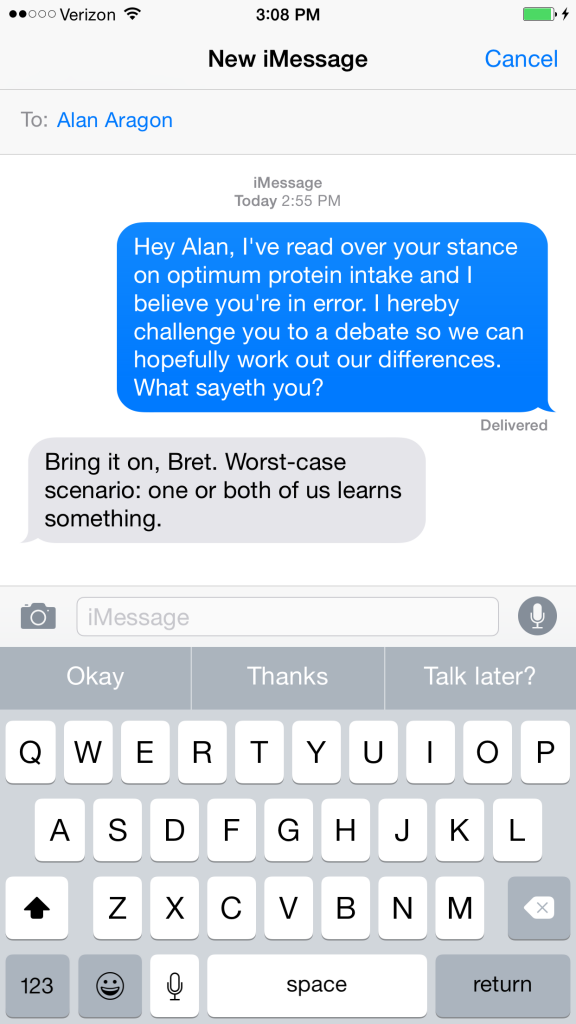 This is how men handle things…no smoke, no mirrors, no ego, just a mutual desire for truth.

Whenever someone in the academia/educational world refuses a debate challenge, it almost always means that they’re a charlatan. They’re frightened to death that their ignorance will be exposed. If these individuals were confident and comfortable with their knowledge, and if they were truly interested in honing in on the truth and advancing science, they’d gladly accept the challenges. But instead, these types continue to run their mouths but then back down like common cowards when push comes to shove and they’re challenged by formidable opponents.

What baffles me is that their followers seem to accept backing down and don’t expect more. S&C doesn’t have debates because you guys don’t demand them. You’re okay with your experts running their mouths without having to back them up in a debate. It’s up to you guys to demand more. If someone you follow gets called onto the carpet because they were talkin’ smack, let them know that you expect them to man up and accept the challenge. If they back down, remind them of it incessantly. Don’t be fooled by smoke and mirrors.

There are numerous badass coaches in the trenches doing amazing things in Strength & Conditioning. That said, the trendy/popular S&C expert scene is in dire need of more cojones and fewer namby-pambies. In the next couple of days, some needed grilling is going to take place here on my blog. I, personally, won’t ever back down in the good name of science – it’s not in my blood.