I’ve always liked the idea of single leg deadlifting but no movement has ever felt that good to me. I like the King deadlift, but it feels more like a squat than a deadlift. In fact, many refer to the King deadlift as a skater squat. 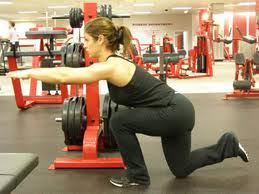 The King deadlift is more like a box squat than a deadlift.

Bulgarian Split Deadlift – No Stability at the Bottom ROM

I like the single leg RDL, but whenever I go super-heavy I feel unstable. I’ve never reached a point where I felt like it was a viable “strength” exercise. Finally, I like the idea of the Bulgarian split deadlift but whenever I reach the bottom of the motion I get slack in my leg and the stability runs out. For this reason, I like the single leg abducted deadlift when attempting to go heavy. In this video I explain why.

Throughout the year there are always times when my low back feels a little dodgy and during these times I’ll resort to this movement as it undoubtedly reduces spinal loads while keeping large loads on the hip extensors.

Solution to the Bulgarian Split Deadlift

Ironically, I was watching a video from my buddy Nick Tumminello a couple of months ago and he provided a solution to the drawbacks of the Bulgarian split deadlift in this video below.

If you notice at 2:45 he shows how you can use a Sorinex single leg squat stand to roll your leg backward as you descend into the movement, thereby maintaining stability the entire time. I love talking to Nick as he always thinks of creative solutions to exercise problems. If you have one of these stands then the Bulgarian split deadlift becomes a viable option. Nick shows how he uses the stand to perform single leg hip thrusts and other types of hip thrust variations as well, so make sure you watch the entire video.

Interestingly, here’s a video I filmed two-and-a-half years ago discussing how I perform Bulgarian split squats (when I had my studio Lifts every client performed them this way) and I used a method similar to the method that Nick shows with the Sorinex single leg squat stand. It makes so much sense to use a curved surface rather than a bench as it matches the contour of the crux of the ankle joint.

I guess great minds think alike! I hope you’ve enjoyed the videos, have a great rest of the week. -BC