Should Strength and Conditioning Professionals Attempt to Incorporate “Everything” into Their Training Program Design?

In a recent conversation with my good friend Hall of Fame Strength and Conditioning (S&C) Coach Johnny Parker, he commented on his recent visit to a D1 University where in discussions with this University Head S&C Coach regarding the review of the football team’s weight room program design, it was stated that approximately 80% of the program design placed emphasized toward athletic performance and approximately 20% placed emphasis on “prehab” and injury prevention. A breakdown of this football training program design revealed a 50%/50% split of the program exercise volume for both athletic performance and prehab/injury prevention and not the assumed 80% to 20% originally stated.

Coach Parker and I had previously spent time together at a D1 University to present on the topic of program design for the S&C staff at this institution with an emphasis on football program design. We also observed and made recommendations during the football team’s participation during their off-season training. 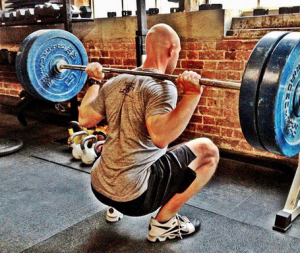 During our first “classroom” session with the football S&C staff, they were asked to list in order of importance; the exercises they felt should best be incorporated in their football program design. The top 2 exercises listed were the squat and the Olympic lifts. A breakdown of this particular D1 football program design revealed that approximately 10% of the total program volume was dedicated to the squat exercise performance and approximately 12% was dedicated to the Olympic lifts. Just as in Coach Parkers recent visit, you could imagine the surprise of this D1 football S&C staff when the actual numbers presented were very far below the program design perceived squat exercise and Olympic lift volume of work. These examples of the misconception of the actual work performed occur more often than assumed. Why does this incident of perception vs. reality of program design exercise (athletic performance) volume occur? Before I proceed I would also like to mention that these two D1 programs have excellent Head S&C Coach’s and staffs. These S&C coaches have the respect of their players, football coaching staff, and university administration. They are very organized and run outstanding and successful programs, i.e. conference championships, bowl game appearances, etc.

Why does Perception vs. Reality in the Program Design occur?

With all of the available training information presented at conferences, in books, articles, and videos, as well as the gazillions of internet articles and blogs, etc. available, the S&C Professional is faced with a significant dilemma, which exercises to include and which exercises to omit from the athlete’s training program design. What appears to transpire is that the S&C Professional attempts to include everything they can in their program design i.e. as many exercise’s as possible for athletic performance and prehab/injury prevention. This seems to occur because the S&C professional is faced with the concerns of (a) if I don’t include all of these exercises am I cheating my athletes from being the best that they can be and (b) If I don’t include everything in our training program design and my competition does, do my opponents now have an unfair advantage over our players?

This trend also occurs in the field of rehabilitation as I have witnessed less experienced physical therapist’s and athletic trainer’s who will appropriately add more advanced exercises as their patient’s/athlete’s condition progresses, yet do not remove the easier basic rehab exercises performed at the initiation of care. As this tendency continues over time the total volume of work performed by the patient/athlete may become excessive and may lead to the risk of overuse type pathologies.

With regard to the S&C program design, how does the S&C Professional determine which exercises to include and which ones to omit? 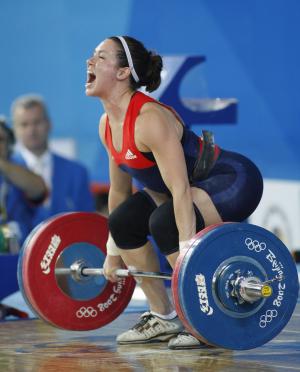 As an example when establishing the selection of the specific strength and power type exercises to incorporate into the athlete’s program design the S&C Professional should review the exercises that are performed by some of the strongest and most powerful athletes in the world. Arguably the most powerful athletes in the world are the Olympic Weightlifters and Track and Field Throwers. A review of these competitive athletes training programs would include exercises such as the squat, Olympic lifts, and overhead pressing and jerking type activities.

The next question that may be asked is why are these specific exercises utilized? The answer obvious answer would be because they work. These exercises have been utilized for athletic performance for over 100 years and are still being utilized by the best athletes in the world today. Why would this occur as there are so many other training exercises to choose from? Unlike some of the exercise fads that have come and gone through the decades, these exercises have passed the stringent test of time, over a century of time. When something passes the test of time it’s because it has value and obtains results.

Lessons from a legendary football coach: “Know what is important and don’t worry about the rest” and the “Birthday Rule”

Through the years of working many off-season training periods with Coach Parker and his football players during his tenure as the Head S&C Coach with the NFL New York Giants not only did I learn a tremendous amount from him but I also met and over time developed a friendship with NFL Hall of Fame Football Coach Bill Parcells. Coach Parcells is a very wise man and over the years he has also been instrumental in teaching me many lessons with regard to working with players and coaching. One of the many lessons I received during my conversations with Coach Parcells, as well as with Coach Parker was “Know what is important and don’t worry about the rest”. In regard to the performance training of athletes this would necessitate, based upon the training philosophy, the selection of the exercises that are most important for the athlete’s development and performance and don’t worry about the other exercises. The S&C Professional may ask “but what about all my prehab and injury prevention work?” I do get this question often and will address this topic a little later.

Coach Parcells also had an instituted a rule called the “Birthday Rule”. His birthday is August 22nd and this rule stated that no additional football play was ever to be placed into the NY Giant playbook after August 22nd. Why? Because the Giants were going to master and be proficient in the running the plays in that playbook by repeatedly working and practicing these selected plays that were important to them. Opposing teams were going to have to beat the Giants at their game. The NY Giants didn’t add fancy plays during the course of the season to beat teams; opponents were going to have to beat the NY Giants. If you ever watched one of Coach Parcells football teams play, there was not a lot of trickery or fancy plays. Parcells’s teams were physical with their opponent. They did what they did best time and time over the course of the game. Coach Parcells knew what was important and he didn’t worry about the rest. The S&C Professional should place emphasis upon the exercises that are most important for the development of their athlete’s physical qualities and performance, and train the athlete to become proficient when executing them.

The relationship between Science, the Program Design and the connection to Athletic Performance, Prehab, and Injury Prevention

As an example many prehab/injury prevention programs I have reviewed incorporate the performance of numerous rotator cuff and deltoid muscle exercises for the prevention of shoulder pathology in football players. This was also the case in both D1 program examples mentioned above. When considering the muscle activity during the performance of overhead weight type exercises the anterior and middle deltoid, rotator cuff and scapular musculature have been demonstrated to be very active. The addition of rowing/pulling type activities to the program design will likely include all the necessary components for optimal shoulder development and shoulder health. Depending upon the athlete, the sport and position played, as well as the athlete’s medical history, it may be necessary for the athlete to perform additional rotator cuff exercises as part of the prehab/injury prevention portion of the training program. That said does the athlete have to perform TEN different rotator cuff exercises? If exercises such as overhead pressing and pulling type activities demonstrate high deltoid muscle activity is an additional exercise prescription with the intension to both isolate and train the deltoid musculature of the shoulder also necessary to prescribe? 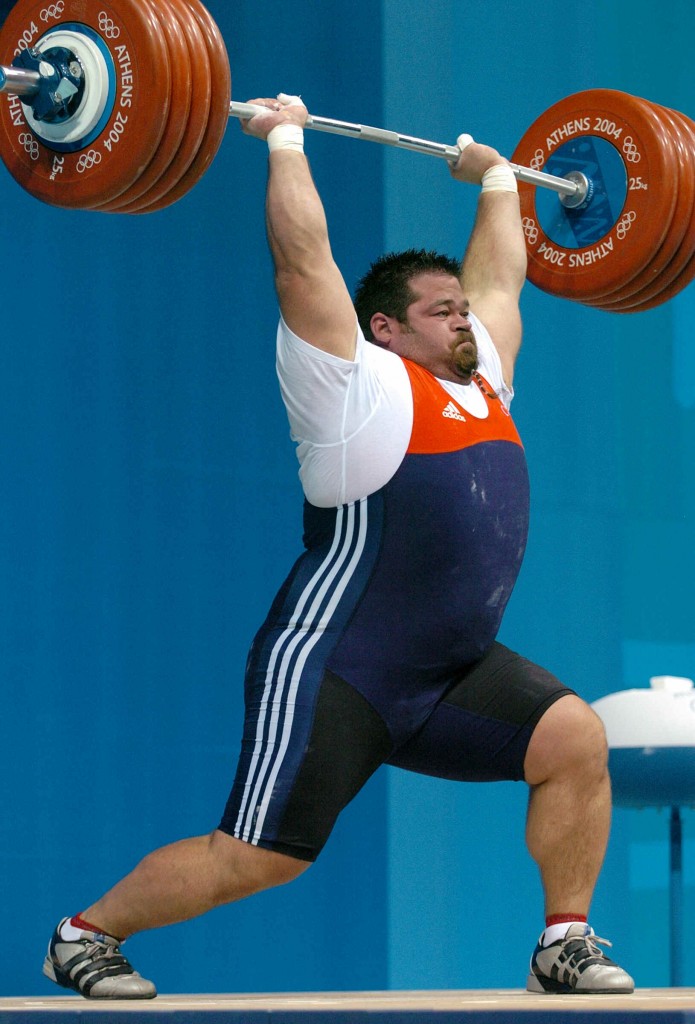 By attempting to incorporate “everything” presented in discussions and lectures, read, and seen with regard to the training of athletes, the following is likely to occur:

Don’t forget the guys with the rings

Three of my very good friends are now retired Hall of Fame S&C Coach’s. Together they have 15 Professional Championship rings including 10 World Championships. These S&C Coaches are Al Miller, Johnny Parker, and Al Vermeil and all are leaders in the field of S&C. They are all very successful S&C Coaches and all have won Professional and/or World Championships during the 1980’s and 1990’s. Presently we are now in the year 2014 so one may ask why are the successes of long ago so important at this time. During the 1980’s and 1990’s these three S&C Coaches did not have the information that is available to the S&C Coaches of today. However these coaches where very successful with the information available to them at the time they were coaching. Although these three Hall of Fame professionals coached different professional teams, they all won championships (Al Vermeil is the only S&C Coach in history to win both a Superbowl and 6 NBA Championships) and their program designs were very similar. They all achieved their goal of getting their athlete’s strong and powerful and kept them strong and powerful throughout the competitive season. What about the “prehab/injury prevention” programming? Well although these coaches were very serious about injury prevention and protecting their players from injury, the term “prehab” likely didn’t exist at that time.

To win championships a team not only has to have players who have championship caliber talent, but these talented players must remain healthy to play day in and day out and survive the stresses of a long physical season, the playoffs, and championship games. These three coaches time and time again led their respected league with the lowest team injury rates and if they were not the best (led the league); their respective teams were always in the top 5 in this particular category. How did these S&C Coaches achieve this accomplishment if they didn’t focus on “prehab/injury prevention” type exercises? They achieved this landmark by developing athletes who were very strong and powerful as acquiring optimal strength and power also assists to prevent injury. 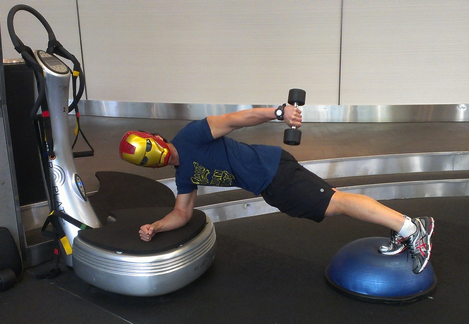 I am not insinuating that injury prevention and the incorporation of “prehab” type exercises are not an important aspect of the training program design. I also am aware that some individual athletes may need more of this type of training than others. However the S&C Professional should remember that many exercises incorporated for the foundation of athletic performance also work the same muscles during the execution of “prehab” type activities. The S&C Professional should also remember that the successes of the past can assist to lead to the success of the future, and when developing the training program design, to remember what is important and to forget the rest. The S&C Professional should develop a training philosophy, and based upon this philosophy, select the best exercises that will optimize your athlete’s performance on the field and don’t worry about including “everything” else in the program design. There are certainly many instances where incorporating everything may lead to achieving nothing or as my good friend Derek Hansen and Charlie Francis would state, “You wind up creating a junk pile.”