Okay folks, there are just several days left in the challenge so get your scores and vids posted.

Nine people have currently achieved over 100 reps in the challenge (Dead Sexy Award).

21 out of 30 (which is almost 70%) contestants have beat my 75 rep total (Sexier than BC Award). So it turns out that being sexier than me doesn’t mean much these days!

22 is the current chin up record (King Cobra Award).

A couple of these were exceeded by folks who didn’t yet submit vids so if those come in then I’ll update the chart.

If you plan on competing in the challenge make sure you post your results in the next few days.

I’ll announce awards on Sunday. Thanks to all who have competed thus far!

Here is a chart showing the current status:

Here are the videos of the current male and female leaders. 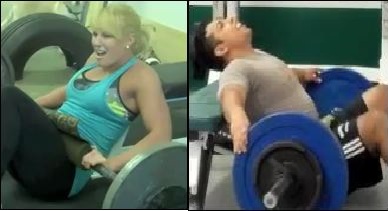