How My Idea Came to Be

Several days ago my friend JC Deen threw down the gauntlet with the front squat rep test with bodyweight load. He, along with my fitness friends Roger Lawson and Jen Sinkler, tested themselves to see how many reps they could get. A couple of nights ago I was talking to them on Twitter and they started thinking up other ideas…for example a hip thrust and bench press challenge. In case you don’t know, JC and Rog just started up their own Podcast, and Jen has build up a strong community page on Facebook called Survival of the Fittest. These folks have come up with weekly challenges that they’ll be doing which you can access on Jen’s Survival of the Fittest page, which so far include:

You can “like” Jen’s site and participate in these challenges if you’d like; right now I believe Brian Tabor and Max Shank tied for the current front squat record with 26 reps at 185 lbs of bodyweight, with Jamie Rodriquez and Fawn Friday tied at second place with 25 reps. Here’s Fawn’s video; this is poetry in motion:

The 5 Best Exercises to Determine Your Level of Sexiness

I went with the front squat because it keeps you a bit more honest than the back squat (as reps ensue most people turn the back squat into a good morning) and it’s a great measure of quad strength.

The RDL was chosen over the conventional deadlift for the exact same reasons mentioned above; it keeps you a bit more honest (most people round their backs with the deadlift as reps ensue) and it’s a great measure of hamstring strength.

The hip thrust is a great measure of glute strength and these three lifts (front squat, RDL, and hip thrust) compliment each other quite nicely.

I went with the incline press over the standard bench press or the military press as it keeps folks much more honest (people bounce the bar off their chest and raise their butts off the bench with the bench press and lean backward too much and use momentum in a military press) and it’s a great measure of pec and shoulder strength.

Chin Up With Bodyweight

Hopefully you’ll agree that these five exercises do an excellent job of measuring an individual’s total body strength endurance and “sexy factor.” Below is a video of me performing the sexy challenge. If you don’t like listening to me ramble, fast-forward to 3:20 to see me go through the various exercises.

As you can see, I’m not built to press; I’m built to pull. The front squat was very challenging as I’m not a very good squatter. The RDL was a piece of cake. The hip thrust was actually brutal having already done a set of front squats and RDL’s, as my glutes were fatigued (not to mention the bench height was pretty high which increases the difficulty). I had to improvise on the incline press as the gym I was at didn’t have one, so I used a back extension unit and just leaned back against it. I’m not a very good bencher so the incline press was very demanding; had I access to a standard incline bench I think I could have squeaked out another rep. And the chin up was very easy; I thought I was going to get more reps but at around 8 reps all of a sudden fatigue set in. Remember I had surgery on my biceps tendon 9 months ago so cut me some slack. I don’t rep out much when I train so this was a very fun challenge for me. I’m a low repper at heart but it’s always good to test one’s self with higher rep exhibitions. 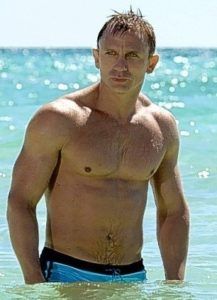 Here are the 8 rules for The Sexy Challenge:

What if You Can’t Get Any Reps on a Particular Test?

Who cares? Do the test anyway. If you can’t perform a chin up, or a front squat with bodyweight load, it’s not the end of the world. Train hard for the year and retest yourself next year to show you got sexier.

As you can see I got 75 reps (it helps to be really good at one exercise as 35 of these reps, or 47% of the total, came from the RDL). I suspect that there are some folks out there who will really clean house with this challenge. For example I could see Max Shank and Jamie Rodriguez getting well over 100 reps, and fortunately for all competitors Ben Bruno is on the disabled list as I could see him getting well over 100 reps as well.

Dead Sexy Award If you can perform over 100 reps on this challenge, then you’re dead sexy.

Now you have ten different opportunities to try to receive an award. Go give it a try. Make sure your form is strict (don’t get disqualified because you were skimping on your range of motion or breaking other rules – keep it real!) and feel free to post your vids/results in the comments below. 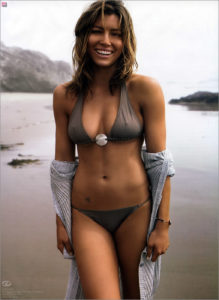 You have the entire week to perform The Sexy Challenge. Next Sunday I’ll post the results and give out awards to the various contestants. Best of luck! BC