Hi Fitness Friends, here are some quick updates for you.

First Study for PhD Has Been Submitted

I just submitted the first study for my PhD two days ago. It always takes several months to get accepted, so I have to be patient. I’m very excited for you guys to see this research so hopefully it gets accepted (and gets accepted quickly).

Last weekend I was in Washington D.C. presenting on glute training for the NSCA Personal Trainer Conference. I had a great time and met some enthusiastic and talented personal trainers. I also got to hang out with my friends Brad Schoenfeld, Alan Aragon, Nick Tumminello, Tony Gentilcore, Dean Somerset, Chad Waterbury, James Krieger, and Jason Silvernail, which was a blast.

For some strange reason, the fitness magazines are finally starting to reach out to me. I’ve contributed to Men’s Health dozens of times and also Men’s Fitness and Shape, but lately it’s been crazy. Flex Magazine recently asked me to write a monthly column for them, and I accepted. I think my first column will appear in the November issue.

FitnessRX for Women Online also just asked me to start writing for them, and I accepted. They want me to choose between writing a monthly feature on either glutes or fitness myths. I’m still undecided, but I think I’m leaning towards the fitness myths.

Muscle & Fitness Hers recently asked me to write them a glute workout for their magazine. They told me that they’d have a model shoot the pics, and lo and behold the model ended up being my friend Nathalia Melo. Can’t wait to see the article when it appears. 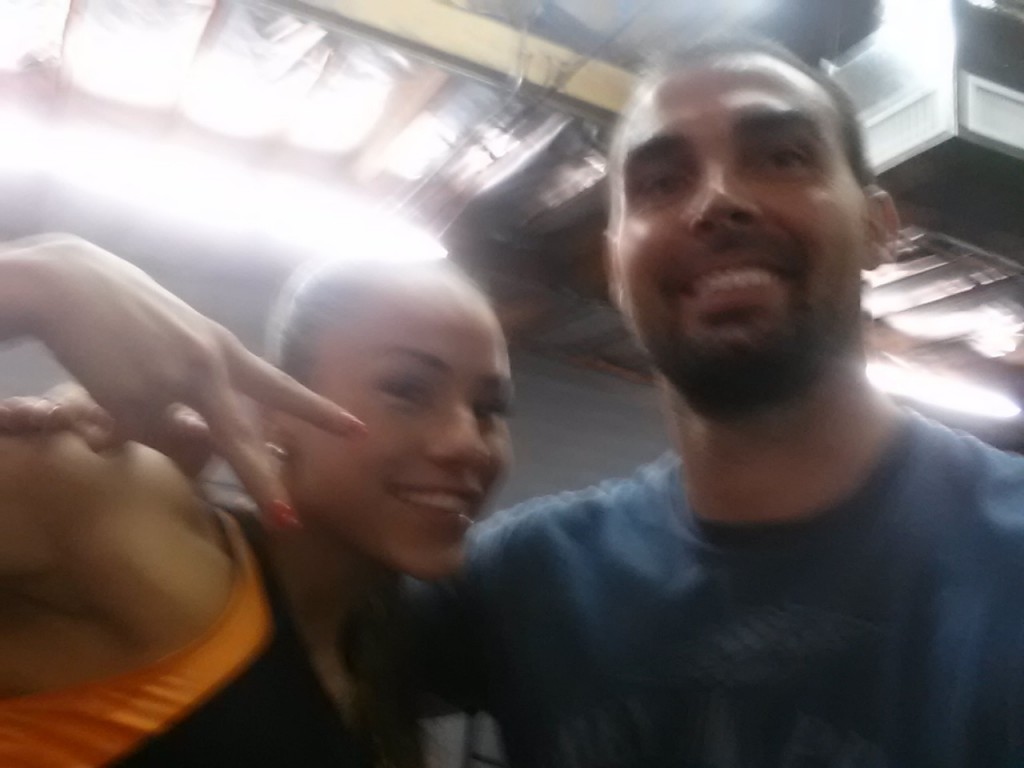 Finally, Experience Life Magazine just interviewed me for an article and had me provide them with some simple glute workouts. I think this is for their March edition, so it won’t be out for several more months.

I’ll be speaking at next year’s EPIC Fitness Summit in the UK on May 15, 2015 at 3-5 pm. Some of my favorite speakers will be there, including Brad Schoenfeld, Alan Aragon, Menno Henselmans, Spencer Nadolsky, Greg Nuckols, Jose Antonio, and many more to come. It’s a rockstar line-up. They even made me my own playing card which is pretty badass if I must say so. Here’s the website: http://www.epic-summit.co.uk/welcome/ 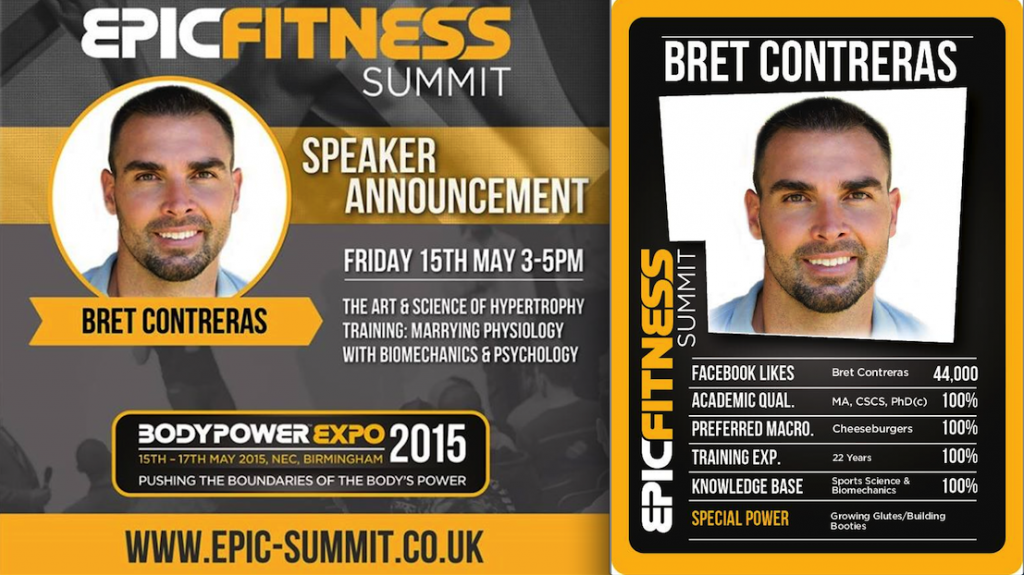 I haven’t yet discussed this on my blog, but in mid-July I started training another glute squad. Every Monday and Friday, I train around 6 different women. One of them is my stepmom who I wrote about HERE, and I’ve featured many of the others on my Instagram channel over the past few months. 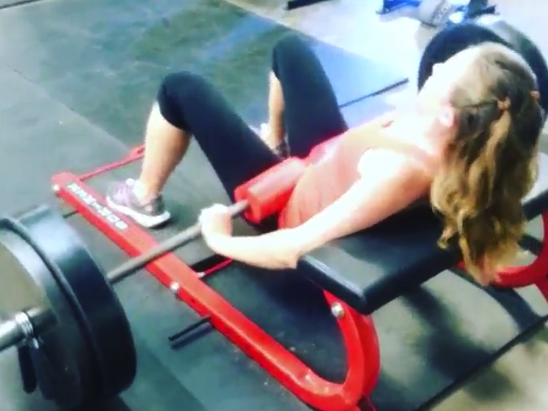 The reason why I’m telling you about the squad now is because in just 10 weeks, all 6 of them are hip thrusting at least 225 lbs for 3 reps. The strongest can hip thrust 315 lbs for 3 reps. They all started out with between 65 lbs and 135 lbs, but now they’re much much stronger. Most of the time I have them thrusting in the 8-20 rep range, but sometimes I load up the weight and see what they can do. 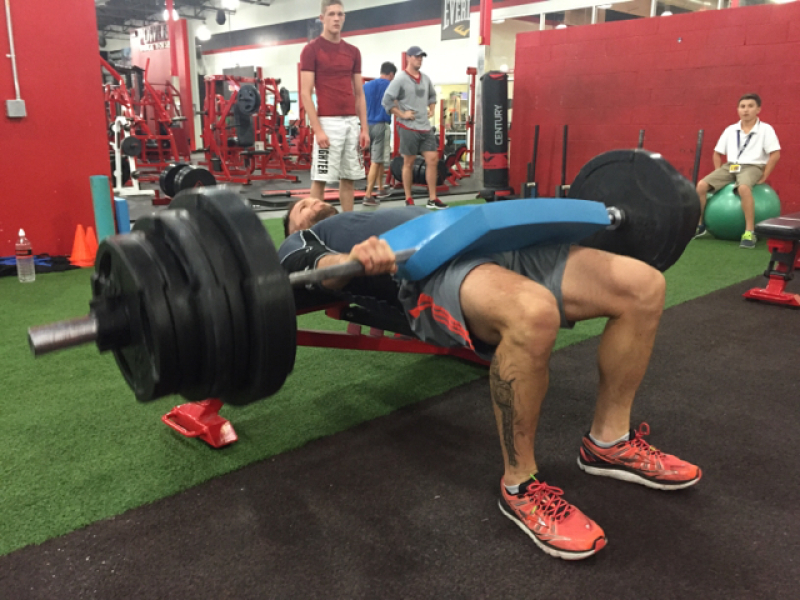 Why I Want a Huge Ass

My friend Jonnie Candito posted this video today. I’m in complete agreement with what he said. The way I see it, not wanting glutes is like not wanting testicles!

Have a great weekend!

An Interview With Behemoth Dan McKim, a Highland Games Champion

An Interview With Behemoth Dan McKim, a Highland Games Champion