Let me lay down the groundwork for this guest article from Andrew Vigotsky. On March 3rd, I posted THIS thread on Facebook. It’s a before/after pic of Casey Bergh, which I used to illustrate my point that muscles can indeed change shape. Many fitness professionals chimed in, stating that muscles don’t change shape, they just grow. Before I entered the S&C scene, I was a high school Algebra and Geometry teacher, so I know my mathematics. I kept stating repeatedly throughout the thread that muscles don’t just grow proportionately larger, and that since the fixed endpoints don’t grow as much as the muscle belly, the shape must necessarily change. In addition, some regions grow more than other regions depending on which portion of the muscle is most highly activated, but that’s not as important.

My colleague Andrew and I were discussing this one night, and in typical fashion, he sent me this guest article a few hours later. Andrew is the smartest kid I’ve ever known, and when his mind is fixed on something, he gets to the bottom of it very quickly. You might be thinking, “who gives a shit?,” in which case we wouldn’t blame you. But this is the sort of thing that biomechanics geeks love to contemplate. We’re not saying that resistance training turns triangles into rectangles, we’re simply stating that muscles cannot grow without changing shape. Hopefully at least a few of you geeky meatheads will appreciate the article.

Last week, Bret posted a rant on Facebook describing how muscles can change shape. Many say this is impossible, but to be frank, they’re wrong. The purpose of this piece is to show, mathematically, that a muscle cannot change size without changing shape.

Firstly, it is important that we understand how shapes are comparable. Shapes can be compared in three ways.

When it comes to muscle, the most appropriate measure of comparing its shape is similarity, as it changes size, so scaling may be necessary.

In order to do this, we will assume muscle has a hyperbolic cosine (my favorite function) shape, which does have a strong correlation with a muscle’s actual architecture. Next, we know points of muscle attachment cannot change, so let’s say the muscle before and following hypertrophy is modeled by the following function, where x is a position and α is the coefficient of hypertrophy.

Graphically, it looks like this. Of course, these numbers are arbitrary, but the principles of this model still hold true. 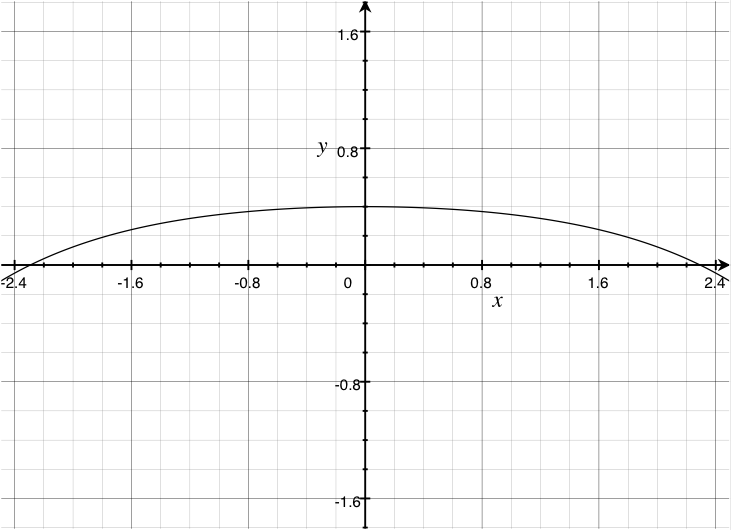 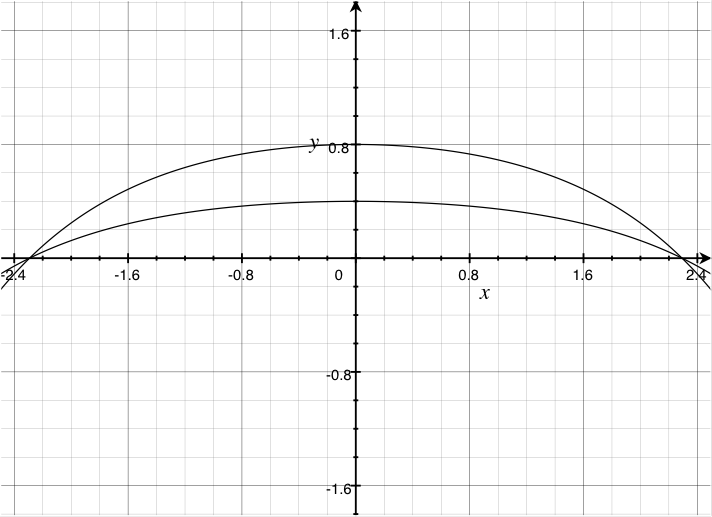 Traditionally, shapes are compared using Procrustes analysis, which is when the shapes are optimally scaled, rotated, and superimposed to best match. Then, Procrustes distance is calculated by

Of course, this is an approximation, as, in reality, there are an infinite number of points that can be analyzed. Nevertheless, I used MATLAB to find the Procrustes distance between these two functions. If a distance exists (d > 0), then these functions are dissimilar.

A muscle cannot change size without changing shape, as the attachments of a muscle remain constant, but the size of the muscle changes. In order for a muscle to remain the same shape, the attachments would need to shift with changes in size. Lastly, this model assumes uniform growth, but in reality, this does not occur, and non-uniform growth would make d even larger (more dissimilarity).