Hi Bret, your blog has taught me so much about glute training, so thank u for that. I have a question for you. I like to start my lower body training off with heavy compound movements such as squats and deadlifts, but I never feel the glute burn or achieve a glute pump when I do these lifts. I love gaining strength, but it wasn’t until I started doing hip thrusts that my glutes started growing appreciably. I now do total body training but I really miss feeling the burn and getting a pump like I did when I performed bodypart splits. And even then, I never trained glutes on their own day, so I’m not sure of the best way to go about achieving a glute pump or getting the biggest glute burn. I know that you’re the man to ask, so I thought I’d pose this question to you. Thanks for all that you do! – Selena 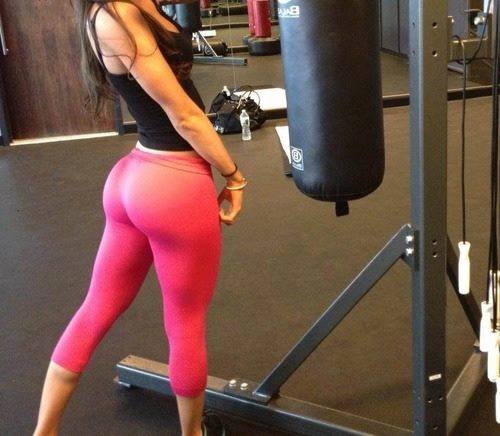 Hi Selena, you’re right, this question is right down my alley. At The Glute Lab, we’ve come up with all sorts of ways to burn the glutes and elicit a glute pump. But please allow me to digress. Some of my readers have actually measured their glute pump and have noted that their glutes can grow 2 full inches when fully pumped! I’ve had times where I can’t walk correctly because my glutes are so pumped.

When I trained The Glute Squad two years ago, I’d have all six ladies alternating one by one with high rep sets of hip thrusts. They’d rest around five minutes in between sets, and I’d have them perform 3 sets in total. Some of them would have to stand up in the middle off their rest periods since their glutes were burning so badly. They’d never experienced this sensation before. Many of them would text me on their drive home stating that their glutes were still burning (some even the following day).

Why is this important? Click HERE to read about the 3 primary mechanisms of hypertrophy. Also, click HERE to read about the muscle pump (click on “article as a pdf” on the right side to access the full pdf). So you want to achieve high metabolic stress and elicit some cell swelling in order to maximize muscle growth. There are tons of ways to do this. And the best methods differ from one client to the next, so you need to do some experimenting to find out what works best for you. Here are some of our favorites (we listed the weight but obviously you’ll need to figure out your own loading):

How to Burn the Glutes and Create a Glute Pump

Let me teach you how to come up with something on your own. It’s quite simple. You want to choose exercises that keep constant tension on the glutes and don’t allow blood to escape the veins. You can do regular sets of medium to high reps, supersets, or tri-sets. Experiment with combinations of the following movements:

I hope this answers your question!