How to Become a Fitness Guru in 25 Easy Steps

I’ve observed fitness gurus closely over the past several years and I believe I’ve figured out most of their secrets. The good news is that if you want to be a fitness guru, you can achieve this title by following the 25 easy steps I’ve outlined below. 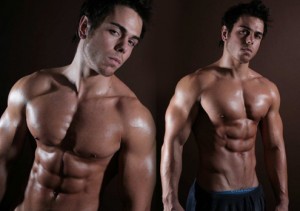 Fitness Guru in the Making

If you choose to go this route, you will not be taken seriously by your peers, as any coach with an appreciation for science will be able to pick you apart. But you will develop one hell of a following.

To be honest, I’ve committed at least 8 of these acts myself. Most of my esteemed colleagues are guilty of several of them as well. The trick is to not commit every single one of them, to have integrity, and to balance marketing and self-promotion with good information and valuable products.

Though this article was written in jest, I feel compelled to advise caution. If I could go back in time, I’d do things a bit differently, as several years ago I was definitely a “guru in the making.” Now I’m slightly embarrassed over some of my former actions. However, such is life and I’m very proud of the path I’m currently pursuing.

If your goal is to be taken seriously in the field, then I recommend taking a different path. In a few days I’ll follow up on this article and post my advice to prospective S&C writers and professionals.