How I Broke a Stubborn Record

Today’s article is a guest post from Will Vatcher. I found it quite interesting as I’d never seen anyone train specifically for a broad jump record. If you recall, Will interviewed Natalia Verkhoshansky HERE several weeks ago.

I have always played a lot of football (I’m English but I mean soccer) so I’ve always been used to a lot of sprinting and jumping on the pitch. I started doing broad jumps on a weekly basis in 2010. After several weeks I managed a 242cm jump. I would also do other jumps such as jumping while holding dumbbells in my hands. For a while I kept increasing my jumps. Then not only did I hit a plateau with them, I could only ever seem to achieve 237cm from then on. I tried breaking down the jumps by using percentages. No use.

Now, I love the Westside system. I love the way it is designed to build balance and eliminate weaknesses. After reading a number of Louie’s articles on their jump training, I started to use either a max jump or use percentages of a max for the desired reps. When it came to the loading parameters, I took his advice and looked to Prilepin’s table.

I love Prilepin’s table. It is remarkably accurate. For example, for exercises that are performed in the 90-100% intensity range he recommended the following:

No less than 4 reps in total

No more than 10 reps in total

The optimal number of reps is 7

I had tinkered round with percentages ranging from 60-100% and kept rest periods to 45 second per set. Regardless, my broad jump didn’t increase.

After the jump training, I would do some assistance exercises such as hip thrusts. I would also have a max effort lower body day and upper body day followed by exercises such as glute ham raises, low box squats, heavy abs/oblique’s, rows, triceps extensions and presses.

Some time ago, I started to do much research on the works of Yuri Verkhoshansky and his daughter Natalia. Up till then I never paid too much attention to the type of jump I did, just as long as it’s done with maximal effort at the particular percentage of a max I chose and the jump is rotated regularly.

What I discovered was that there is a massive difference in outcome from using different types of jumps (just as in all exercises). Firstly, what we commonly call a depth jump is not a depth jump at all. It is a drop jump. It was actually largely introduced by a man named Carmelo Bosco. Bosco was influenced by the research of Paavo Komi.

Yuri Verkoshansky devised the depth jump to have a longer (but not excessively long) and more elastic amortization phase. In other words, you would land from a height of either 0.75m or 1.1m (Verkoshansky’s recommended heights), fully absorb the landing with knee flexion and jump as far as possible.

A drop jump on the other hand is what most people would define as a depth jump. It is characterised by an extremely short amortization phase followed by an instantaneous effort to jump as far as possible with the shortest ground contact time possible. The recommended dropping height is 20-60cm.

While it might seem subtle, that’s a big difference. 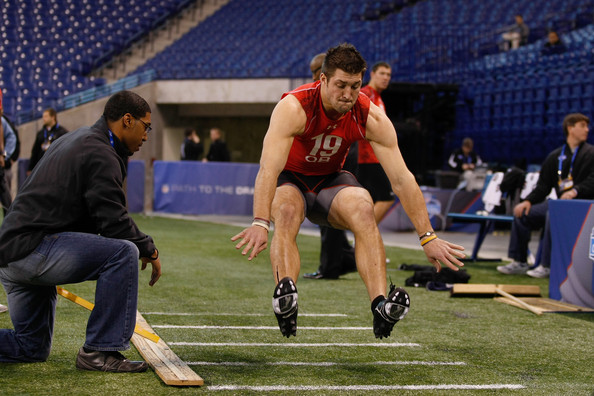 Now back to the broad jumps. With this information I did an experiment. Up until recently, I had been doing broad jumps based on my max jump but with a very short amortization phase (balls of feet touching ground for a fraction of a second). I noticed that I did not seem to be getting much out of them. I have always been naturally quick so this was not my weak spot. But quick amortization was what I was training repeatedly. No wonder I hit a brick wall. So I tried landing with my entire foot to fully absorb the force before resetting for another rep. I noticed that I went into greater knee flexion using this method. Now, up until this time I had been using this method for my max broad jump only. When using percentages, I would use the ultra-short ground contact. I tried it with the following based on a broad jump max of 242cm:

I also set a broad jump record of 220cm with ankle weights last year. So I did a cycle the same way the following week:

I also broke all my good morning and squat maxes during this period. I do set records most weeks in these exercises, but I broke them by big margins AND set jump records that I hadn’t done for ages. 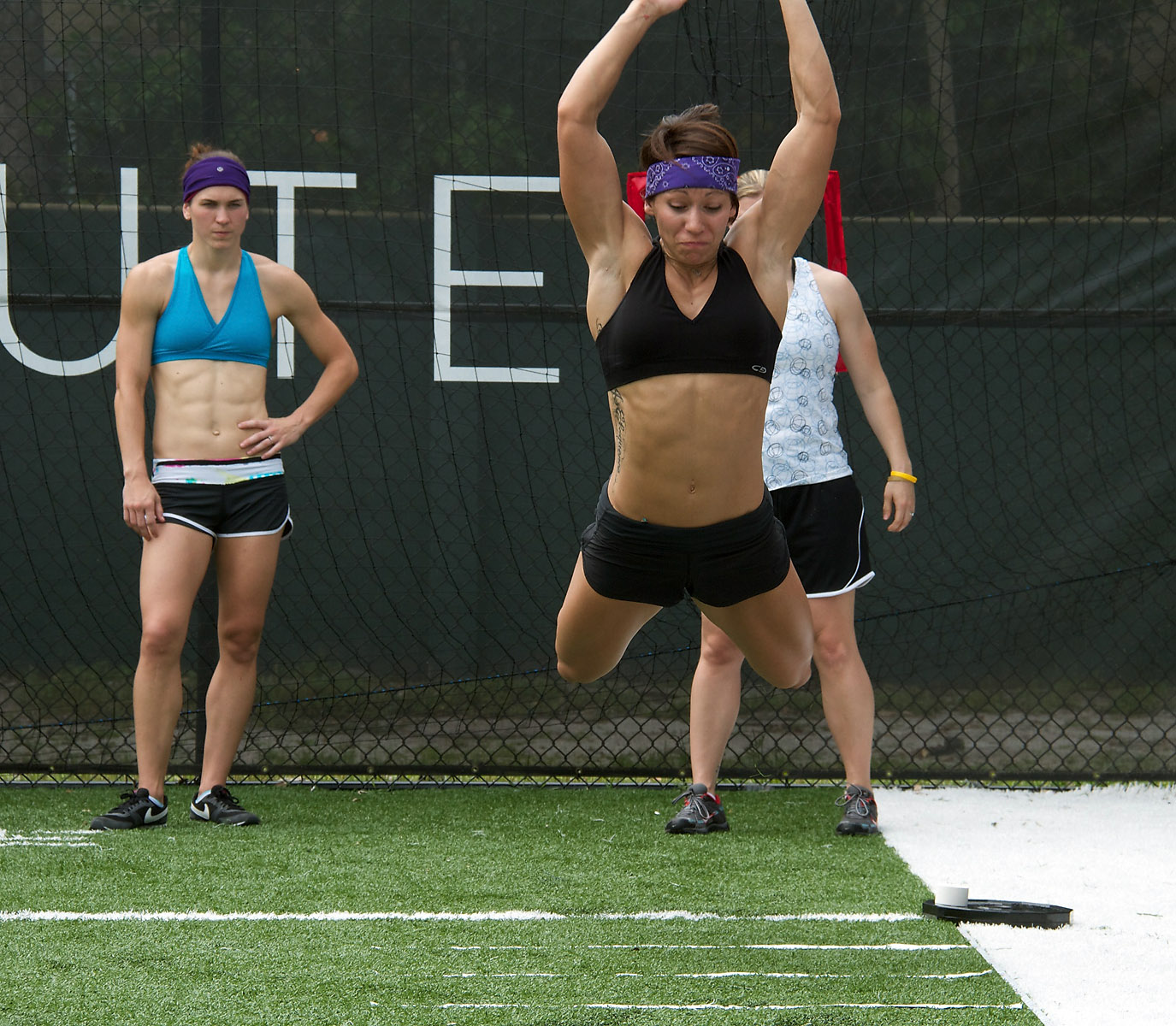 That’s a pretty good deal better than before. Don’t forget, I  was also using special exercises such a glute hams raises and squats and I max out once a week on a good morning or squat variation. I believe that absolute strength builds the foundation of force that is displayed during explosive efforts. I would also like to give credit to Bret Contreras for introducing specialized vector specific glute movements which I now do every week. In my opinion, they greatly help with horizontal force production (sprinting or broad jumps).

I am confident I can keep pushing it up further.

I hope this info can help you as much as it has helped me and several of the people I have the pleasure of training.

Will Vatcher is a strength & conditioning coach based in Cambridgeshire, England. He has written several articles on training and published interviews with Louie Simmons & Fred Hatfield (Dr. Squat) on www.about-muscle.com. He can be contacted via email willvatcher@hotmail.com for information on articles and training.