The following is a guest article from powerlifter Quinten Cody.

The glutes and neck are often ignored, with trainees relying on the core exercises to work them. I used to reside in this camp. I’m glad I no longer do.

My redemption from such simple thinking began with my purchase of a neck machine – the kind that works it from all sides. And when the muscles on the sides of my neck – just behind the lower portion of the ears – were mistaken for large lymph nodes, my curiosity turned to my backside.

I knew I had to turn my cheeks into studs.

I began researching relentlessly – as I often do – and came upon articles by Contreras. I had read his work before. It was controversial. Why I did not incorporate the humpty-humps years ago I’ll never know. But, I do use them now, and that is what I call them, probably because it’s just the name that sticks.

I found out my glutes were weak. They were big, but weak. I was training for a competition: The Pittsburgh Monster Meet. It was the 15th year for the meet, so I knew it would be competitive. I made my goal and I was dead-set on winning. If the hoopla about my lymph nodes and neck muscles had taught me anything, it was to leave no movements by their lonesome. A few months prior to the meet was when I brought hip thrusts and glute bridges into the pack. 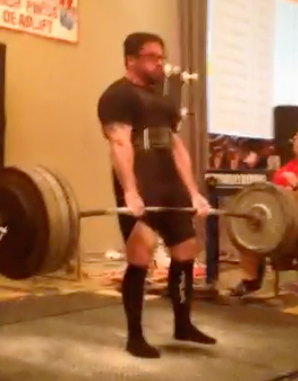 I started with bodyweight, laying my shoulders on the edge of a bench. My white socks came in contact with the gym’s floor and were thus white no more. I set my base and began thrusting. The first rule of Thrust Club is to not talk about Thrust Club. The second is to not give a damn about what others think. So, I kept thrusting.

I was doing them right, but when I added weight, I was doing them wrong. My thrusts started to work my lower back – not my tumultuous glutes – and so I knew I had to appease them quickly. This is when I contacted Contreras directly.

Here is how he helped me, in his words: “My guess is that you’re hyperextending your lumbar spine. Lighten the load and keep your torso flat. As the hips rise upward, use the glutes to tilt the pelvis forward (the pelvic bone will come closer to the ribcage as if you’re doing a crunch). Does this make sense? Try it with light loading and see if you can get it right.”

That advice worked for the bridges and the thrusts, and soon I was on my way to feeling the burn where I should be: the buns – that when swell – look great on the opposite sex. As a side note, doing the thrusts and bridges barefoot has also helped me. I find that when wearing socks I slip and struggle for footing, but without them the soles of my feet act as traction.

The journey commenced with bodyweight, moved to a bar and a pad, reverted back to bodyweight, and now moves swiftly forward with a bar and a pad and some weight. My glutes have progressed to thrusting 135 lbs for sets of twelve, adding muscle and definition while at it. This led up to the Monster Meet on March 30th where, undoubtedly, the work of Contreras gave me an edge. Bret’s Note: Quinten is the second powerlifter to post his story on my blog; Greg Nuckols noticed similar findings HERE, and what’s interesting is that they both relied on very light hip thrusts loads, focusing more on feeling the glutes squeeze rather than using heavy weight.

There were 105 deadlift competitors. I weighed in at 197 lbs, competing in the RAW 198 lb junior (20-23) division. My opener was 630. I would have to wait until the last flight to pull. When I did, though, the weight flew up something fierce:

Next was 675. My glutes felt powerful, especially in getting the weight off the ground and locking it out:

And now, 705 – the winning lift that netted me the cash prize and overall win:

This is something I’m very proud of, and am glad Contreras so willingly helped me with my questions. I’m definitely a believer in glutes.

And you should be, too. Join the Thrust Club! Just remember – don’t talk about it. 😉 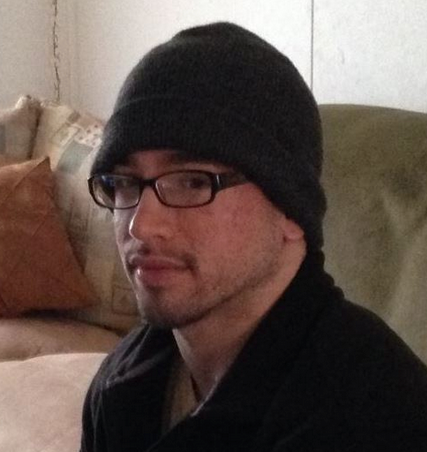 Quinten Cody is a writer who resides near Pittsburgh, Pennsylvania. His debut novel, The Everto Addo, was published when he was 20-years-old. Growing up, he was an avid reader of horror and fantasy, and avoided trouble by joining a dank dungeon-gym unknown to most who pass it by. Within its confined walls he learned of perseverance…and darkness; as a teen, he set a world record in the deadlift. Most of what he’s accomplished can be contributed to straying away from the pack, and the free time to better one’s self that comes with it. His mind can be found looking down from the moon but only when he’s not writing or delving into the dark place. Hopefully he’s made it home safe.

How to Determine Loads for PR-Based Programs

How to Determine Loads for PR-Based Programs