Last June, I posted a blog on Frog Pumps – a simple but highly effective glute activation drill. I recall being baffled when I posted it because although I only spent 40 minutes filming the video and writing the blogpost, it received 1.2K likes and 362 shares on Facebook. I’ve posted blogposts that took me weeks to write and included numerous scientific references but received a fraction of the social media attention. But I digress…

This is a 725 lb hip thrust. I did 635 x 3 right before it and 495 x 5 pause reps right after it. The @benbrunotraining shirt definitely helped me achieve this PR. #thethrustisamust

It’s a pain in the butt to load 545-635 lbs onto the bar, especially on days when I’m wiped out from heavy squats and deadlifts. Moreover, since heavy hip thrusts work a ton of quad, ham, adductor, and erector muscle in addition to glutes, they are taxing on the system once you get strong at them.

Since my knees have been feeling great lately, I’ve been focusing on the full squat. I also need to get my deadlift back up to par. Even though squats and deadlifts are probably the most popular two glute exercises in existence, I never feel like I received an adequate glute workout after just performing these two lifts. Therefore, I like “burning out” my glutes with a non-taxing exercise after I squat and deadlift so I feel like I fully fatigued my glute fibers.

No big deal. Just a lone man doing frog pumps with Kellie Clarkson blaring in the background. Two sets of 50 reps to finish off the session. #frogpumps #gluteguy #glutepump #gluteburn

I used to use bodyweight back extensions for this purpose, then I moved on to band hip thrusts. But now I prefer frog pumps as they are so darn easy on the body. One of these days I need to measure the EMG activity during frog pumps in the glutes, adductors, erectors, quads, and hammies. I venture to guess that it produces one of the best glute activation : other muscle activation ratios in existence for hip extension exercises.

However, not everyone loves frog pumps and feels them heavily working their glutes. Some people prefer knee-banded feet elevated glute bridges, or bodyweight back extensions, or band hip thrusts, or double band hip thrusts, or single leg foot elevated glute bridges, or barbell hip thrusts with a band around the knees, or plain old high rep barbell hip thrusts or barbell glute bridges. But for me, frog pumps are unbelievable, especially considering they just utilize bodyweight. For an even more intense glute workout, stare directly into the soul of another individual while you frog pump, like this:

Sometimes, I want to go heavier with my frog pumps. I like doing them with a 100-lb dumbbell in my lap, like this:

Frog pumps 4 sets of 25 reps with 100 lbs. I love these. I like to end each workout with some high rep glute work. Sometimes it feels daunting to bust out barbell or band hip thrusts or back extensions (say after a heavy squat and deadlift session), but these don't require much effort. They never fail to give me a solid glute pump and my glutes are usually sore the following day after doing them. Yes they look ultra-creepy but they have their place. Not everyone feels frog pumps working their glutes well; they're hit or miss. Flatten out lumbar spine, tuck chin, place feet together and close to the buttocks, and pump out the reps. It's Saturday night so maybe some of you can get lucky and try these with a partner instead of the dumbbell 😆 #frogpumps #gluteburn #glutepump

But getting the dumbbell into position is annoying if you don’t have a helper. Recently, I was trying to think of how I could do them against band resistance, and I thought to myself, why not just put the shoulders up on the bench and use the Hip Thruster? I gave them a try, just using a light band for resistance. I did 4 sets of 20 reps and holy hell! Glutes on fire. Here’s what they look like.

Band frog thrusts: my new favorite glute exercise. Frog pumps are done from the ground (glute bridge with feet together) whereas frog thrusts are done off of bench (hip thrust with feet together). Band frog thrusts are done off of @the_hip_thruster. I did 4 sets of 20 of these last night and my glutes were on fire. I walked like Frankenstein since I had a massive glute pump going on. I can't use nearly as much resistance on these. I go with a 2 strong bands with band hip thrusts but with band frog pumps I just use a light band. #thethrustisamust #frogthrust #gluteburn #glutepump #glutelab #gluteguy #hipthruster

To differentiate between frog pumps, I call these frog thrusts. Glute bridges are to hip thrusts as frog pumps are to frog thrusts (the former are done on the floor, the latter are done from a bench). Since I have a Hip Thruster, they’re so quick and easy to perform.

Now, before I go any further, I want to issue a formal apology and give some props to Jim “Smitty” Smith of Diesel Strength and Conditioning. Check out this video below. Smitty had thought these up 5 damn years ago, in 2011. Back then, he sent me the video and told me to give them a try, and I recall being intrigued and wanting to test them out. I remember being really busy, and I ended up not even giving them a chance. Shame on me. I could have been doing these 5 years ago! Smitty, you’re a true innovator. I should have paid better attention.

So give frog pumps, weighted frog pumps, and frog thrusts a whirl. See how you like them. If you’re like me, you’ll feel a ton of glute working without the company of the hams, quads, and adductors. If you’re not like me and you don’t feel the working incredibly well, then hopefully there is another low impact glute exercise that you find works well for you. Do heavy hip thrusts toward the beginning of your workout on some training days, and throw in frog thrusts at the end of your workout on heavy squat/deadlift training days. 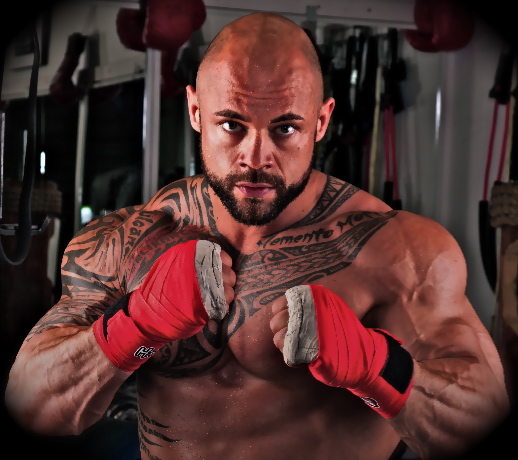 How Other Pros Train Glutes: Episode 2 With Cem Eren

How Other Pros Train Glutes: Episode 2 With Cem Eren