For decades one of the popular upper body exercises to perform in the weight room has been the bench press exercise. One common question many high school athletes or any athlete may ask their peer is “How much can you bench”? With regard to upper body strength and power when was the last time any Strength and Conditioning (S&C) Professional has witnessed one athlete ask another “How much can you push press”? This inquiry does not usually occur because the push press exercise is not likely performed.

For decades overhead pressing type exercises appear to have accompanied the deep squat exercise as the “outcast” of the weight room. Overhead weight work has been tabooed by many sport coaches as well as some S&C Professionals as many are of the opinion that the performance of such exercises will result in shoulder pathology as well as be detrimental to athletic performance, especially in the overhead athlete. 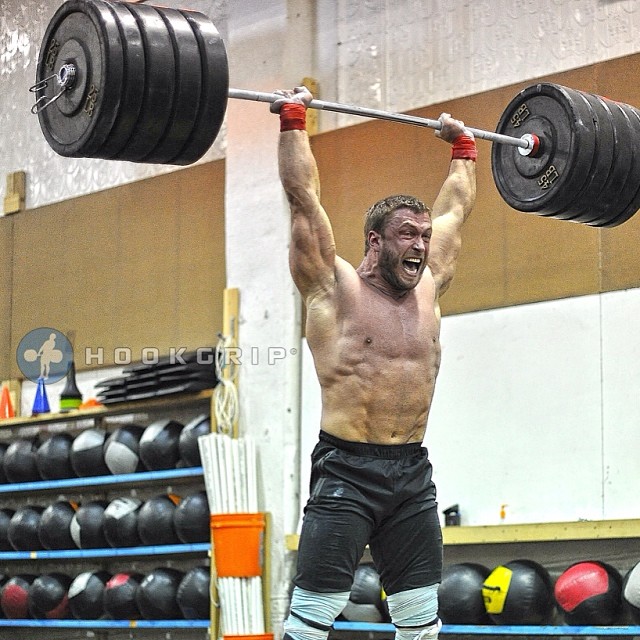 The following are four (4) considerations for the S&C Professional to include the push press exercise as a component to their athletes (including the overhead athlete) training program design.

2. The Rotator Cuff – A rotator cuff (Supraspinatus, Infraspinatus, Subscapularis, and Teres Minor muscles) pathology of the shoulder is a highly overstated false consequence of the push press (or any overhead exercise for that matter), when appropriately implemented into the athlete’s weight room training program design. It is usually an inappropriate program design and/or an excessively prescribed overhead exercise volume, not the exercise itself that may place the athlete at risk of injury. It has been demonstrated that during overhead pressing type exercise performance the rotator cuff is active, with the supraspinatus exhibiting the highest recorded EMG activity of the muscle group. It is also acknowledged that the supraspinatus is the rotator cuff muscle with the highest incidence of pathology therefore wouldn’t the S&C Professional want to place an emphasis on strengthening this rotator cuff muscle?

3. Gleno-Humeral and Scapulo-Thoracic Rhythm – The gleno-humeral joint of the shoulder is comprised of two (2) osseous structures the scapula and the humerus. The ball and socket articulation of this joint is comprised of the head of the humerus (ball) and the glenoid (socket) which is actually a component of the scapula. The scapula also comprises the scapula-thoracic joint at the posterior aspect of the thorax. During overhead sport skills or exercise performance there is a relationship to both the shoulder range of motion and the gleno-humeral and scapula-thoracic joints “rhythm” to maintain the head of the humerus appropriately centered in the glenoid. Disruption to this “rhythm” over time may place the rotator cuff at risk of pathology. Overhead exercise performance with a bench backing will “pin” or “compress” the scapula of the shoulder between the bench backing and the athlete’s thorax including the athlete’s body and barbell weight. Joint compression is synonymous with joint stability resulting in a less mobile scapula. This likely will affect the natural and necessary required scapula movement and rhythm during the repeated overhead exercise performance thus setting the table for possible shoulder injury. The standing overhead exercise performance allows for free scapula movement and proper rhythm throughout the exercise performance.

4. Lower Extremity Power Development – Yes you read this correctly, lower extremity power development. The push press has been documented to produce greater lower extremity maximum mean power when compared to the jump squat exercise. Thus the push press exercise provides a time efficient combination of lower body power and upper extremity and trunk strengthening during the exercise performance. This exercise may not only be utilized in the athlete’s training, but may also be appropriately utilized at end stage upper and lower extremity rehabilitation as well.

Below is a good video demonstrating the push press: