The following is an excellent guest article by physical therapist and strength coach Rob Panariello.

Throughout my 35 year career in the related professional fields of Sports Rehabilitation and Strength and Conditioning (S&C) I have been witness to hundreds of presentations, have read thousands of books/research articles/blogs and had an abundant number of conversations with regard to weight room training and program design. Although all of this information has been enlightening, the lessons from my friends and mentors Hall of Fame S&C Coaches Al Vermeil, Johnny Parker, Al Miller, Don Chu, elite coaches Charlie Francis, Derek Hansen, former Olympic Weightlifter and Weightlifting Coach Gregorio Goldstein, and former Olympic Weightlifter and present day Olympic Weightlifting Coach Stan Bailey have all provided me with instruction, lessons and information that in my opinion, is second to none. It should be noted that this dialog is based on the application of weight room principles and training to enhance the physical qualities that are necessary to improve their athleticism for optimal athletic performance. The S&C program design should not intend to create weightlifters, powerlifters or bodybuilders of the athlete unless they partake in these specific competitive sports.

1. Prepare the athlete for the weight room program

One effective preparation training method is the utilization of “Javorek Exercise Complexes”. These complexes, developed by S&C Coach Istvan “Steve” Javorek, are employed to enhance joint mobility and soft tissue compliance, exercise technique, strength levels, and work capacity. The utilization of Javorek’s exercise complexes are beyond the scope of this commentary, however this information may be found in Coach Javorek’s books and website.

I’ve also read and witnessed conversations how certain exercises should be avoided as they may cause injury to a particular anatomy of the body. One may question why there is less concern with possible injury during the execution of other commonly prescribed exercises? Why is there such concern for stressing the low back during the back squat exercise performance but little if any concern with the SI joint stresses that occur during exercise execution with a split stance, as approximately 30% of all low back pain is due to SI joint pathology? Why is there such concern with overhead pressing while the lat pull down exercise and pull-ups are commonly prescribed? All exercises stress the body and in our 42 physical therapy clinics we treat a variety of injuries that occur from the performance of various exercises utilizing assorted implements of training. Instead of abandoning a valued exercise, why not prepare the “stressed” anatomy for the eventual safe application of the exercise(s) in question and take advantage of its benefits? 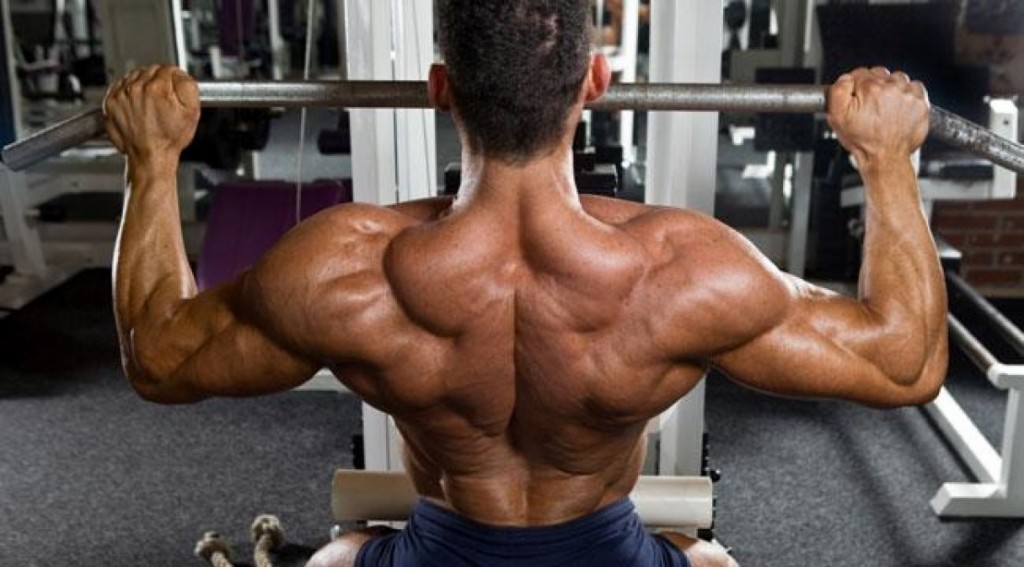 2. Be careful of what you “correct” with your athlete

In recent years there appears to be an affinity for the “correction” of athletes to eliminate their asymmetries. Certainly there are times where a “correction” is appropriate, as these “corrections” should be performed by a qualified professional. However, it should be considered that all athletes (and all individuals) are asymmetrical, if this were not true why does right or left hand dominance exist? Why do anatomical variants exist? These asymmetries are frequently contributing factors that result in optimal levels of performance i.e. increased external rotation of the dominant throwing/racquet shoulder for optimal ball/racquet velocity. I recall particular conversations with both Charlie Francis and Derek Hansen as they both discussed a world class sprinter that Charlie had trained. This particular sprinter had scoliosis and was treated by a healthcare professional to correct the “functional” (soft tissue) component of their scoliosis. The healthcare professional succeeded in this “correction” resulting in the athlete never running at the same world class velocity again.

Healthcare and S&C Professionals should also recognize that an athlete’s participation in an appropriately prescribed training program will often result in a “correction” of the asymmetries observed. The precise technical exercise execution performed repeatedly over time will eliminate many of the physical deficits exposed as “form will follow function”.

3. Do not neglect to incorporate bilateral leg exercises

There is also appears to be a misconception that since the stance phase of running occurs upon a single leg, training should also occur upon a single leg. Ground contact time is a critical consideration in high velocity activities such as sprinting, as well as overall athletic performance. The less time spent on the ground (amortization) the better the athletic performance. The ground contact time for single leg weight intensity exercise execution far exceeds the ground contact time requirement for optimal amortization to occur. Thus single leg strength exercises are just that, a variation of a strength exercise.

Both single and bi-lateral leg exercises provide benefits for the athlete. The exercise selection for the program design should be based upon the needs and goals of the individual athlete. 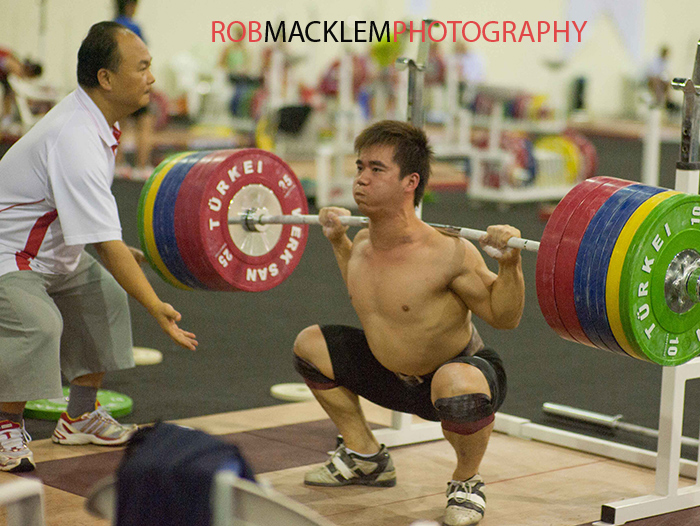 The ability to produce force quickly (power) is critical to athletic performance. The physical quality of strength must be accompanied by the physical quality of explosive strength and/or elastic strength for optimal athletic performance to transpire. The Olympic lifts and their variations i.e. “pulls”, have advantages not offered by other training exercises. These advantages include but are not limited to the following: 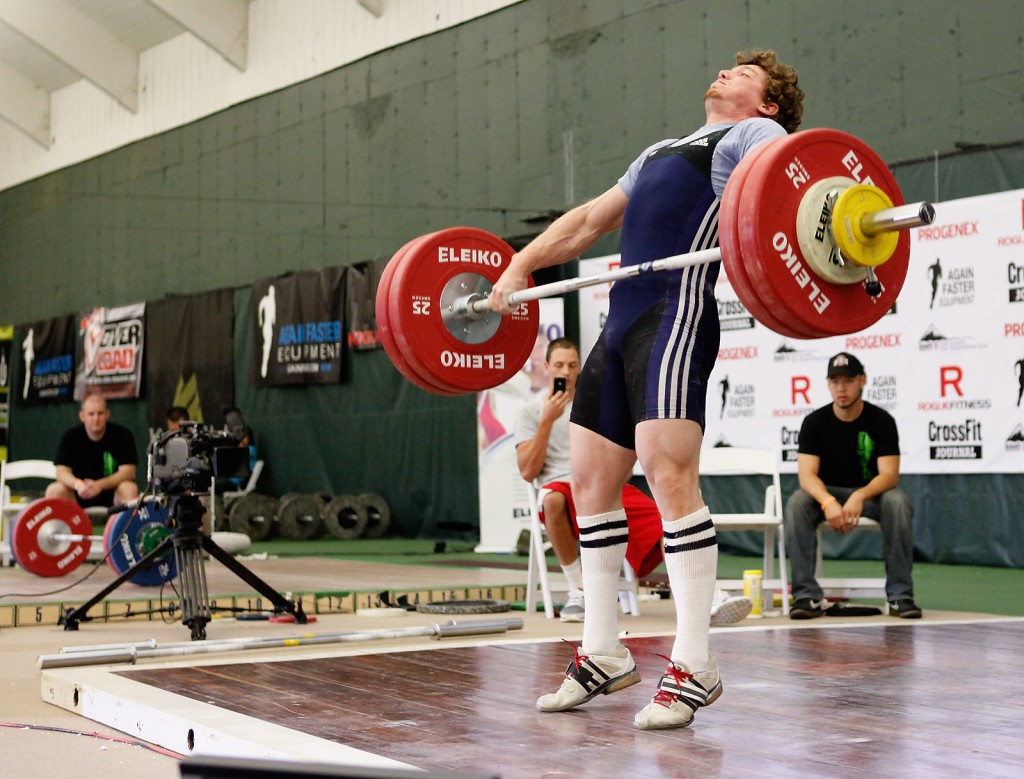 There appears to be a concern for the possible incidence of shoulder and rotator cuff pathology with overhead exercise performance. As mentioned previously, why is there not the same concern when performing overhead exercises such as pull-ups and lat pull downs where the exercise performance not only occurs overhead, but superiorly and anteriorly directed distraction forces also ensue?

The bench press is also a commonly prescribed exercise where pec tears, osteolysis of the distal clavicle, and rotator cuff pathology have been documented, yet there appears to be little hesitation for prescribing this exercise as well.

With the abundant amount of information available to the S&C Professional it is often difficult to decide which exercises to include and which to exclude from the training program design. Therefore, very often “everything” is included in the program design. This is likely due to the following:

NFL Hall of Fame Coach Bill Parcells and NFL Hall of Fame S&C Coach Johnny Parker have both advised me to “Know what is important and don’t worry about the rest”. One “art” of coaching is to recognize the needs and goals of the athlete and acknowledge the most efficient and effective training methods to achieve them. Programing a greater number of exercises will likely take valuable training time from those that are most beneficial for the athlete. Excessive exercise volumes will likely produce excessive fatigue resulting in the consequences of poor technical exercise performance, lower force output, and possible higher incidence of overuse type injuries.

7. The training difference between large and small athletes

If disparities in physical stature are acknowledged for successful participation in various sports i.e. basketball players vs. jockeys, shouldn’t these physical differences also be a consideration in the program design as well? Considering the execution of exercises as the squat, wouldn’t body weight play a factor in not only the total amount of weight lifted, but the time necessary for adequate recovery as well? There are “absolute” and “relative” strength differences when comparing the large and small athlete. The “absolute” strength is considered the amount of weight lifted as “relative” strength is a “pound for pound” expression of strength so to speak. Generally smaller athletes have greater relative strength levels as large athletes usually demonstrate greater absolute strength levels.

The athlete must also lift their body weight in addition to the barbell weight, resulting in a “system” of weight lifted. In the fore mentioned back squat example the smaller athlete’s system of weight is approximately 600 pounds while the larger athlete’s is approximately 925 pounds (35% greater than the smaller athlete). Due to this greater system of weight the larger athlete may need to have their squat exercise program design adjusted to perform a greater number of squat repetitions at lower exercise (repetition maximum) percentages. This is necessary for the following reasons:

8. Conclude the workout with a high velocity activity

Strength type exercises are performed at slower tempos when compared to higher velocity power/speed exercises. This increased time under tension requires a greater contribution of agonist and antagonist joint musculature to work together to enhance joint stability. This “co-activation index” of the agonist and antagonist muscle groups is close to or at a 1:1 ratio.