Today’s article is a guest blog by Rob Panariello. HERE is an interview with Rob from 3 years ago in case you’d like to learn more about his background.

The daily activities of life as well as the requirements of athletic performance, necessitate the ability to repetitively perform overhead effectively. A painter, an electrician, a construction worker, a basketball, volleyball, tennis, track and field or throwing athlete, are examples of individuals who are required to perform overhead optimally and repeatedly over time.

Overhead weight room exercise performance is preferably performed in the standing position. Most athletic endeavors begin and end on two feet. Athletes compete on their feet, and to wind up in a seated position or on one’s back is rarely if ever effective during athletic competition.

There are a variety of exercises available for selection for overhead weight room exercise performance. The various physical qualities trained include strength, power, and elastic abilities. Overhead training in the standing position requires a contribution and coordination of the entire body to produce an optimal exercise performance.  Exercises such as the military press and push press emphasize strength qualities where exercises as push jerks and split jerks include a power/speed component. The eccentric “dip” that occurs during push press and jerk exercises embraces a stretch shortening cycle (SSC) component to the exercise performance as well.

The Plane of the Scapula 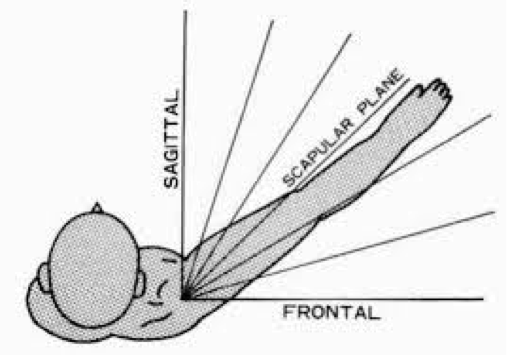 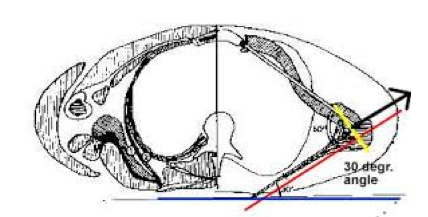 Figure 1a The Scapular Plane of the Shoulder

Overhead exercises are recommended to be performed in the plane of the scapula as this shoulder position allows for, but is not limited to the following:

The starting overhead exercise position performed in the plane of the scapula is displayed in Figure 1b.

Scapulohumeral Rhythm of the Shoulder

During active arm elevation there is a distinct relationship between the glenohumeral and scapulothoracic joints of the shoulder. This relationship or “scapulohumeral rhythm” is also described as a ratio of corresponding motion between these two joints. As the athlete lifts weight overhead the humerous elevates and rotates as the scapula elevates, rotates, tilts, and protracts. The complexity of all coordinated shoulder girdle movement is beyond the scope of this discussion, therefore the elevation of the arm will be described as follows. The initial 30 degrees of unweighted arm elevation is described as the “setting phase”. As arm elevation continues from 30 to 90 degrees, a 2:1 ratio of humeral elevation to scapula rotation occurs and concludes with a 1:1 ratio from 90 to 180 degrees of overhead motion. The total 180 degrees of arm elevation is a result of 120 degrees of humeral elevation and 60 degrees of scapula rotation.

It should be noted that during dynamic arm (humeral) elevation the scapulohumeral rhythm alters, especially when lifting heavy loads. The scapulohumeral rhythm now changes from a 2:1 ratio to approximately a 4.5:1 ratio. This alteration in rhythm is reasonable as the scapula is the platform of stability for efficient humeral mobility and lifting heavier loads will require a more stable platform.

Figures 2a and 2b. The Barbell Path and Arm Position during Overhead Exercise Performance

If an athlete lacks the soft tissue and joint mobility to assume this overhead arm position, they likely will conclude with an extended arm position anterior to the midline of the body. This anterior arm position places increased and unnecessary stress to the shoulder complex, enhancing the risk of shoulder pathology, especially when exercising with heavy weight intensities.

The Utilization of a Bench during Overhead Exercise Performance

It has been mentioned that a stable scapula is important for the most favorable overhead exercise performance. The stability of one joint(s) is necessary for the effective mobility of the associated joint(s). However, a stable joint is not “cemented” in position so to speak. Although the associated motion between the scapula and humerous adjusts when lifting a heavy load overhead, the stable scapula must also be somewhat mobile as well. 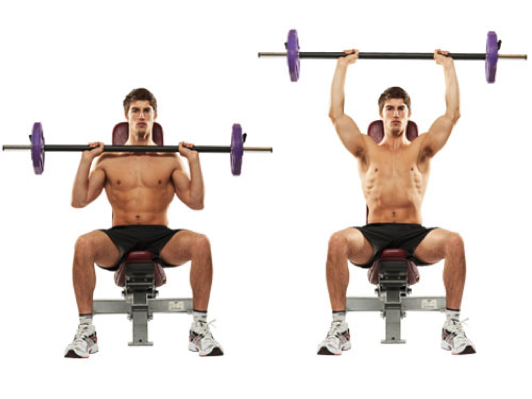 Figure 3. The Seated Overhead Press with a Bench Backing

The Behind the Neck Press 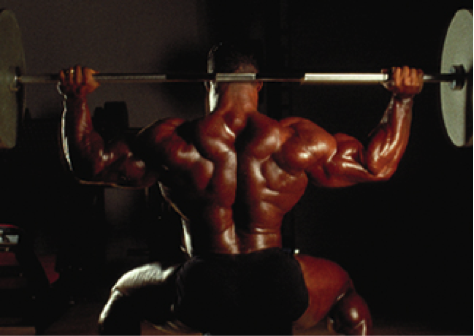 Figure 4. The Behind the Neck Press Exercise

The behind the neck press shoulder exercise performance position:

Will the Athlete become Injured when Lifting Weights Overhead?

I am often asked “Will an athlete injure their shoulder with overhead lifting” from the coaches and athletes with whom we work. This is especially true of athletes whom are throwers i.e. pitchers. When asked where they acquired this information their response is usually “That’s the word on the street” or “I read it on the internet”. Let’s discuss this “on the street topic”.

We’ve all heard and/or read that overhead lifting will result in some type of rotator cuff pathology or trauma due to the “dreaded” type III acromion, but I have never been witness to any scientific evidence substantiating this definitely will occur. According to Dr. Louis Bigliani’s acromion classification, a type I acromion is flat, a type II is curved, and a type III is hooked (Figure 5). In a study reviewing 394 cadaveric scapula’s the relative percentage of acromial types I, II, and III were 22%, 68.5%, and 8.6% respectively. There were a greater percentage of type III acromions in men (10.2%) vs. women (6.9%). Acromial morphology was symmetric in 71% pairs of acromions and asymmetric in 29% of the pairs.

Type III acromion’s fall in the minority of the population and although a type III acromion concern may be valid at times, it is usually overstated, especially in the presence of a strong rotator cuff muscle group which will sufficiently stabilize the head of the humerous in the center of the glenoid during overhead exercise performance. 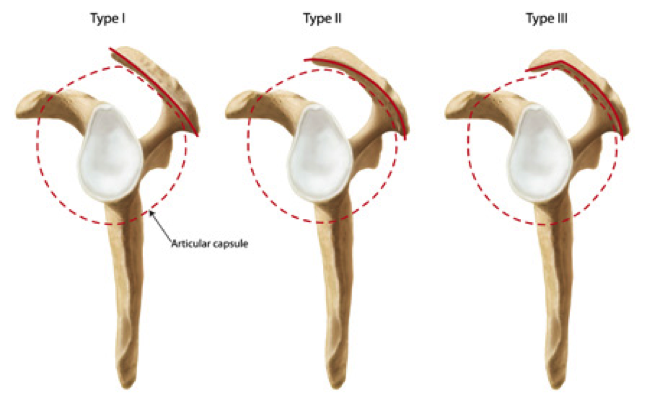 Are we to be led to believe that Overhead Shoulder Training injuries are Seasonal?

At many high schools and colleges the football quarterback is also a starting pitcher on the baseball team during the spring season. During the spring and summer football off-season training, many programs require quarterbacks to perform the overhead lifts. However, it appears to be “taboo” for these same athletes to perform these same overhead exercises at the time they trade in their football helmet for a baseball cap when participating in a baseball off-season training program. Off-season training programs assist not only to prepare the athlete for athletic competition, but to also prepare the shoulder of the throwing athlete whether they are a quarterback or a pitcher. If quarterbacks are permitted to lift weights overhead and pitchers are not, we are to assume that shoulder injuries will occur during off-season overhead weight room training based on the time of year that they train? Should the athlete be he permitted to train overhead during the spring and summer months but not during the fall or winter off-seasons? At our Athletic Performance Training Center we train a number of professional baseball players each off-season, including baseball players with $100+ Million dollar contracts, and they ALL lift weights overhead without complaint or incidence of injury.

Certainly not every exercise may be appropriate for each individual (hence the reason for the athlete to be evaluated), but isn’t the selection of the specific exercises to be performed by the athlete as well as the training program design the responsibility of the Strength and Conditioning (S&C) Coach?

In my experiences of rehabilitating the throwing athlete or any shoulder athlete, unless a direct trauma is involved it is usually excessive exercise or throwing volume that usually leads to shoulder pathology. Excessive exercise volume will result in muscle fatigue and the inability of the rotator cuff to resist the superiorly (upward) directed vector forces of the deltoid, as well as a repositioning of the scapula upon the thorax. Therefore, not only will excessive fatigue negatively affect exercise performance technique, but with the onset of fatigue the head of the humerous has been shown to migrate superiorly from its position at the center of the glenoid as the scapula will also protract and both anteriorly tilt and internally rotate. This combination of events results in a decreased subacromial space with a consequential increased risk of potential rotator cuff injury. So in most instances where the overhead exercise is blamed for a shoulder injury, one may ask is it the specific overhead exercise or the poor programing that results in excessive shoulder fatigue that is the real culprit for overhead exercise performance injury.

What about the bench press exercise?

A coach or an athlete may become apprehensive when prescribed an overhead exercise, but why does the bench press exercise get a free pass? I personally am not anti-bench press as our athletes do perform this exercise, but not in high volume. In a review of the literature one will find no incidence, ZERO, of anyone tearing their pectorals muscle(s) while performing overhead pressing type exercises, while there certainly are a significant number of studies documenting pectoral tears that have occurred while bench pressing. We treat a number of athletes each year in our physical therapy clinics who tear their pec(s) while bench pressing.

There is also a shoulder condition called “Distal Clavicular Osteolysis” or “Weightlifter’s Shoulder” that may occur with excessive bench pressing. This condition is an overuse (poor programing) phenomenon that causes tiny fractures along the distal end of the clavicle in conjunction with a breakdown and resorption of bone (osteolysis) that occurs at the site of injury. Clearly other shoulder pathologies, including rotator cuff pathology, also occur with bench press exercise performance, and so is there really a justification to have more concern with overhead weight training type exercises?

When speaking to coaches and athletes regarding overhead weight room exercises it appears the main concern is usually due to the potential injury of the rotator cuff via an impingement mechanism as the overhead exercise performance requires the arms to be fully extended overhead. However, like the bench press, there appears to be no concern with the athlete performing pull-up activities. Doesn’t the pull-up exercise also require the arms not only to be fully extended overhead, but the glenohumeral joint is also placed under superiorly directed joint distraction forces.

The point here is that any exercise, if not appropriately selected, applied, and programed may result in a possible shoulder joint pathology. Overhead shoulder exercise appears to be the focus of scrutiny when compared to other exercises that stress the shoulder girdle as well. With proper exercise application and programing is that really a valid concern?

The S&C coach should perform an appropriate assessment of the athlete prior to the initiation of overhead exercise or any exercise performance. The athlete’s posture, shoulder range of motion, scapulohumeral rhythm, and rotator cuff and scapula muscle strength are a few considerations for this assessment.

Proper program design is essential to avoid excessive muscle fatigue when training over time as weight heavy weight intensity will also have an effect upon scapulohumeral rhythm.

When appropriately prescribed and applied, overhead exercise performance should be no more dangerous that other weight intensity exercises that stress the shoulder.