Can motor unit recruitment be inferred from EMG amplitude?

Below is a technical guest blogpost from Andrew Vigotsky. Andrew and colleagues recently wrote a letter to the editor to JSCR contending a claim that researchers made pertaining to a recently published EMG study. The study was in fact very well-conducted and the authors should be commended for their work, but we wanted to raise a small but important point.

In short, greater EMG amplitudes may indeed occur due to greater motor unit recruitment, but researchers who just measure EMG amplitude cannot make this claim, since more factors are at play. Examining actual motor unit recruitment is elaborate and requires specialized techniques. This blogpost does not imply that EMG is useless (as per our previous article), but it does imply that one must be cautious when interpreting EMG findings, especially in dynamic, fatiguing conditions.

Can motor unit recruitment be inferred from EMG amplitude?
By Andrew Vigotsky

In August, a paper by Looney et al. (1) was published ahead-of-print in the Journal of Strength and Conditioning Research. This paper certainly made the rounds on social media, and justifiably so with the claims it made: heavy loads taken to momentary muscular failure recruit a greater number of motor units than light loads taken to momentary muscular failure. This conclusion followed the fact that greater EMG amplitude was observed in the heavy-load condition. The question is, can such a conclusion be drawn from the data presented in this study?

In order to address this, it is immensely important that the constituents of, or components that make up, an EMG signal be understood. These components are: 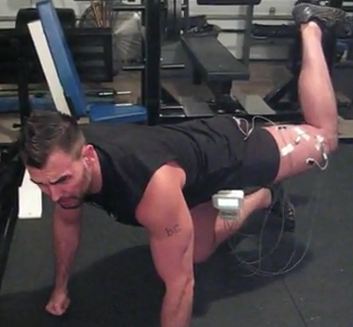 The authors of the paper in question, Looney and colleagues, purport that motor unit firing rate decreases with fatigue (which would cause EMG amplitude to decrease), and consequently, an increase in EMG amplitude is due to motor unit recruitment. However, especially in fatiguing conditions, such as those studied, this claim is demonstrably false. Therefore, upon reading this study, I reached out to a few of my friends and colleagues – including Chris Beardsley, Bret Contreras, James Steele, Dan Ogborn, and Stu Phillips – to write a letter to the editor or manuscript clarification, which just published ahead of print in JSCR (the full-text is available on ResearchGate). Below are the key takeaways from our letter.

While it is certainly possible that the increased EMG amplitude is due to motor unit recruitment, this cannot be said for certain. In order to study this, more advanced methods are needed, which entail breaking down an EMG signal into the motor units from which it is created. This can be done via spike-triggered averaging or initial wavelet analysis followed by principal component classification of major frequency properties and optimization to tune wavelets to these frequencies. For more details and references, I encourage readers to download our piece and give it a read. Additionally, for those looking to learn more about EMG in general, Chris Beardsley has just released a stellar page on it, which I highly recommend.

As with any letter, the authors were given the opportunity to respond, but they did not take advantage of it. 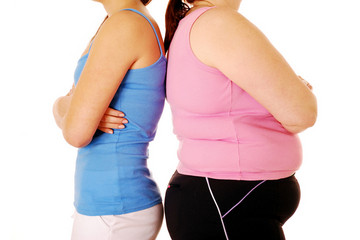