My friend Eric Cressey of Cressey Performance is currently offering $50 off of his High Performance Handbook program until the end of the week. In an effort to help promote his excellent training resource, I asked him to write me a badass guest blog. He definitely didn’t disappoint! I hope you enjoy Eric’s article and videos.

Sagittal-plane dominant exercises like squats, deadlifts, bench presses, and chin-ups get all the love in the world of strength training, but the truth is that both everyday activities and all levels of athletics require individuals to be strong and powerful in both the frontal and transverse planes, too. This knowledge gave rise to a central tenet of the functional training era: multi-planar training.

Unfortunately, it’s just not as simple as telling folks to train in all three planes, as there is a progression one must go through to stay healthy while reaping the benefits of these new exercises.  Otherwise, baseball players (as an example) wouldn’t need hitting and pitching coaches any more than basketball players would need “vertical jump coaches.” Getting outside the sagittal plane is challenging to learn, and complex to train. With that in mind, I thought I’d use today’s post to outline some of my favorite training progressions in this regard. We’ll start with actual “strength movements.”

In terms of progression, one can start with either dumbbell-at-the-side movements or the goblet position, and then move to scenarios where the center of mass raised by using barbells or holding weights overhead. You could also wrap a band around the lower thigh and pull the knee into adduction/internal rotation to increase the challenge in the frontal and transverse planes.

Also at the basic level, you can work unloaded lateral lunge variations into your warm-up. They might be in place, or alternating. As soon as folks can handle them, though, I like to progress to including an overhead reach in order to challenge anterior core stability and raise the center of mass up away from the base of support a bit.  This also gives folks a chance to work on their shoulder mobility and scapulohumeral rhythm.

Bowler squats are also an awesome exercise to begin to challenge control outside the pure sagittal plane:

I like this as a starter progression because the plate out in front serves as a great counterbalance to allow folks to work on their hip hinge. Additionally, there isn’t a big deceleration challenge on the leg that’s going through the most abduction range of motion; rather, the load is predominantly on the fixed leg, which is resisting excessive adduction (knee in).

Worthy of note: I never load this beyond 10 pounds, as folks tend to become kyphotic if the counterbalance is too heavy.  You’re better off loading with #3…

By keeping the weight closer to the axis of rotation (hips) and minimizing the load the arms have to take on, we can load this up a bit without unfavorable compensations.

This exercise builds on our previous example by adding an element of rotary stability.  You’d hold it in the rack position (or go bottoms-up, if you want variety and an increased stability challenge at the shoulder girdle). I’ve tried this with the KB held on both sides, and it’s a trivial difference in terms of the challenge created – so you can just use rotate them for variety.

You can load this sucker up pretty well once you’re good at it. Just be cognizant of not getting too rounded over at the upper back.

This is variation that we use sparingly, but it does always come in handy when you have a post-op elbow or shoulder athlete who can’t hold weights in the affected upper extremity. The band increases eccentric overload in the frontal (and, to a lesser degree, transverse) plane, effectively pulling you “into” the hip.  You have to fight against excessive adduction/internal rotation, and then “get out” of the hip against resistance.  This is something every athlete encounters, whether it’s in rotational power development or basic change-of-direction work.

As an added bonus, using a band actually creates a scenario of accommodating resistance.  Assuming the partner stays in the same position throughout the drill, the tension on the band is lightest when you’re the weakest, and it’s more challenging where you’re stronger.

Side sled drags are a great option for integrating some work outside the sagittal plane for folks who either a) aren’t coordinated enough for lateral lunge variations or b) have some knee or hip issues that don’t handle deceleration stress well.  As you can see, the exercise is pretty much purely concentric.  We’ll usually use it as a third exercise on a lower body strength training day – and as you can see, it can offer some metabolic conditioning benefits as well.

Keep in mind that these are just strength development progressions, and they don’t guarantee that anything will transfer over to aggressive power training in the frontal and transverse planes. That’s where the following exercises come in.

These are two med ball exercises you have to dominate before I’ll allow you to go to the next level. The 1-leg rotational med ball tap verifies that you have enough static balance to be able to even train dynamic balance. It’s low-level and can be practiced every day. Every single one of our baseball players does this early on in their programs – and there is actually some research to suggest that static balance proficiency is associated with improved pitching performance.

The split-stance anti-rotation scoop toss is key because it introduces the concept of hip/trunk separation through good thoracic mobility (as opposed to excessive lower back motion).

Additionally it teaches athletes to have a firm front side to help accept force. 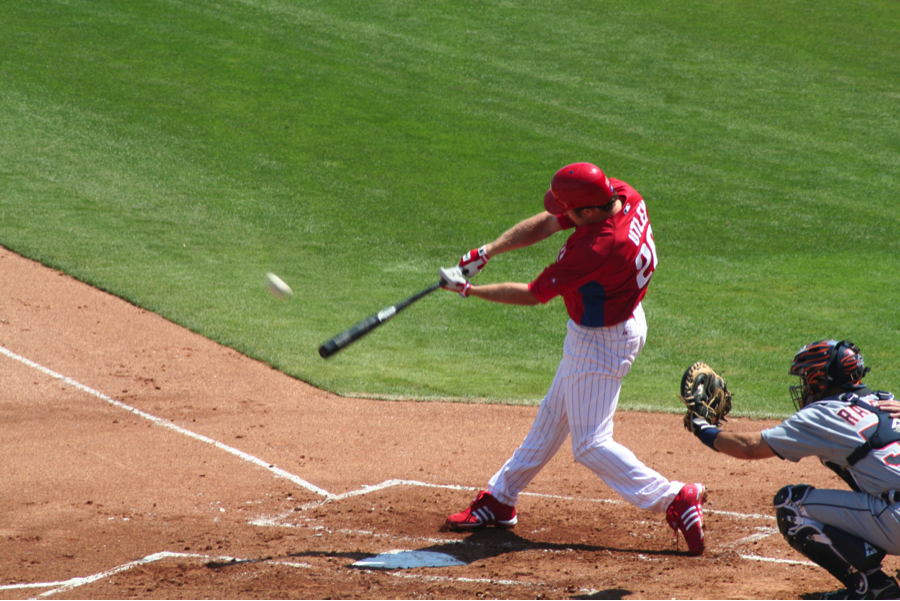 These are the two “cornerstones” of any rotational power training program. The “separation” sequencing is comparable for the two, as efficient rotation is efficient rotation. However, what is different between the two is the demands on the upper body. Generally speaking, a scoop toss (when done correctly) will be easier on the elbow and shoulder.

The progressions of these two “core” drills is primarly focused on playing with rhythm, tinkering with momentum, and increasing eccentric preloading (respectively).

Hops are done on one leg, and jumps are on two legs. However, just to give athletes constant reminders, I always call them 1-leg hops. It’s like saying “side laterals,” but whatever! You’ve got to be able to both produce and reduce force in the frontal plane before taking the next step. I like this drill without a hurdle to start, with a progression to using low hurdles and ultimately a short-response (no pause on the ground between each rep).

Named after speed skater Eric Heiden, these are a great way to build on hopping initiatives in the frontal plane. The most important component is to emphasize good hip force production/reduction and appropriate shin angles.

To progress heidens, you can do a few different things:

c. Minimize ground contact time: just do a regular heiden, but spring back quickly. We call this a reactive heiden.

d. Increase eccentric pre-loading: Step off a low (12”) box, and go directly into a heiden.

You won’t get a greater plyometric training effect – most of which occurs in single-leg stance – than with sprinting at top speeds and doing change-of-direction training. Beyond the carryover you’ll get to power in the frontal and transverse planes, you’ll also reduce the likelihood that an athlete will get injured during the actual “movement” portions of his/her athletic endeavors.

This certainly isn’t an exhaustive list of our strength and power progressions, but it does offer a glimpse into some of the thought processes of how we bring rotational sport athletes along over the course of time. Hopefully you’ve acquired some new exercises and programming strategies you can apply yourself or with the athletes you coach.

Bret: As you can see, Eric puts a lot of time and energy into creating detailed programs that are both backed by science and molded by anecdotal experience. The High Performance Handbook is one such example, and is a versatile program that can be used to accomplish a variety of different athletic and fitness goals. It’s also on sale this week for $50 off; click here to check it out. 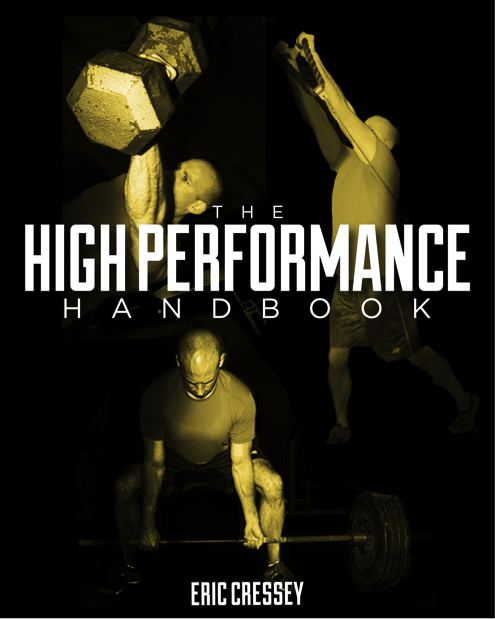