An Interview With Eric Cressey

Today I’ve got a great interview from Eric Cressey on powerlifting, deadlifting, the dynamic effort method, baseball-specific power, foam rolling, staying current with research, and his new High Performance Handbook. I hope you enjoy the interview!

Thanks for having me, Bret.

You could call me the Brett Favre of powerlifting – not because I’m particularly special, but rather because I’ve been semi-retired for what seems like forever.  My last official meet was in December of 2007, but I’m still training hard and lifting heavy, so I guess I could step back on the platform if the urge arose.

2. So you’re a bit of a deadlift specialist – have you found that the squat transfers favorably to your deadlift, or that other exercises better transfer to your deadlifting prowess?

I should be up-front and say that I do have a good deadlifting build: long arms and legs and a short torso.  So, in a lot of ways, I’ve always had to work hard on my squat, and my deadlift has (fortunately) come along for the ride.

That said, I think the biggest difference I see between me and powerlifters who struggle to build the deadlift is that I have always trained it frequently – usually twice a week. I’ve always seen a lot of guys who squatted and did good mornings and then expected for the deadlift to just magically improve even though they only trained it once a month!  I don’t think specificity works this way, and I believe it’s reflected in my results.

With that said, if I had to pick a few lifts that benefited my deadlift the most, I’d say deadlifts vs. chains and speed deadlifts.  When I got my bar speed up and focused on not getting lazy as I approached lockout, good things happened.  I also saw a nice strength surge in the first 3-4 months that I did glute-ham raises about a decade ago. They continue to be a staple exercise for me.

3. You tinkered around with high frequency deadlifting a while back and discarded it just like pretty much every other experienced powerlifter has. Please shed some light on that and tell us how often do you pull over 600 lbs per year?

Yes, it was a pretty brutal training program.  Honestly, I feel like I just underestimated how long it would take to “supercompensate” at the end of that training cycle, and if I’d deloaded a bit longer, I would have pulled a bigger number.  Another interesting thing about that experiment was that my hands were actually far more torn up than my body was beaten up!

I probably deadlift 600+ pounds a total of 5-6 times per year between conventional and sumo stances. I have found, however, that I can pull heavier more frequently with the trap bar.

You’ll be happy to know that I actually use a barbell glute bridge or hip thrust variation at least once a week year-round, too. I find that it’s a great way to get solid volume in without really beating you up on the same level as squats, deadlifts, and single-leg work.

4. I know you’re a fan of the cambered bar squat. How do you modify your lifts to make them more “joint-friendly” and to better suit your body and goals?

The giant cambered bar and safety squat bar have been incredibly helpful for me, as I’ve got a bum shoulder from my high school tennis days.  I can do just about anything I want to do, but it’s a classic internal impingement, which means that it’s most irritated in the externally rotated, abducted position.  In other words, back squats hurt like hell.  Fortunately, these bars allow me to get good axial loading without irritating the shoulder.

5. Are you a fan of the dynamic effort method in your own training and in the training of your clients?

I still use it.  I may be different because I was never what I’d consider a “fast-twitch dominant” athlete.  I remember that back in 2006, when I was still in the 165-pound weight class, I had a 600+ pound deadlift and had squatted over 500lbs (equipped), but only had a 22-inch vertical jump.  You absolutely, positively, can be strong without being explosive/fast – but it’s certainly not optimal.

Now, seven years later, I’ve jumped over 37 inches and my strength is still higher than it was – and I think dynamic work absolutely has something to do with it.  Of course, I know there are loads of factors that impact this, but I’m not ready to give up on the dynamic effort method. 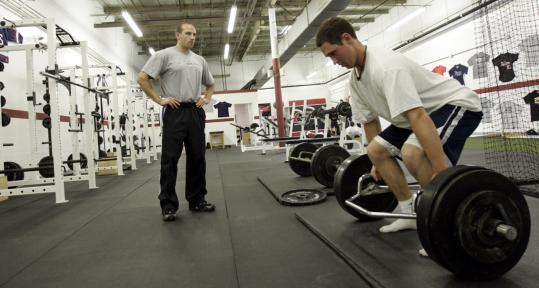 6. You specialize in training baseball players. They typically don’t need to display as much power in the vertical direction so much as the horizontal direction and in lateral/rotational actions. How have you modified the typical approach to S&C to better suit your clientele?

Absolutely.  It’s actually a pretty funny story.  Back in January of 2011, I published an article called What I Learned in 2010.  In it, I talked about how my experiences told me that power development is very skill specific.  In other words, just because you can jump high, run fast, or power snatch huge weights doesn’t mean that you’ll be able to apply that power proficiency in the frontal/transverse plane.  These observations shaped our training programs, and we went along on our merry way. 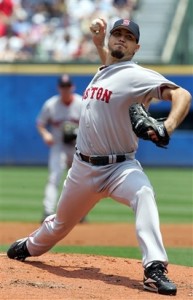 Almost 2.5 years later, some great research from Lehman et al. verified exactly what I was observing. Sagittal plane measures didn’t correlate to throwing velocity at all, but lateral-to-medial jumps and rotational medicine ball throws did.  I summarized my overall thoughts on this subject here, if you’d like to learn more.

In terms of practical applications, the name of the game is to build strength in the sagittal plane first, and then work to build some strength in the frontal plane, too – with variations like loaded lateral lunges. Once this strength is in place, athletes can really make the most of rotational medicine ball training and single-leg plyos in the frontal and transverse plane.  You’ll get some carryover from Olympic lifts and traditional jump training, but it won’t be optimal.

7.  There are intelligent S&C practitioners who remain skeptical of foam rolling and SMR, along with purposeful training with the intent of improving posture. As coaches, we’ve both seen instances where these activities seemed to change people’s lives within a couple of months. How do you balance the art of training with remaining science-based, and what sayeth you to the opponents of such methods?

Two years ago, I attended one of Thomas Myers’ presentations at the Perform Better Summit.  During his talk, he noted that in his estimation, we only know about 25% of what we need to know about how the fascial system works, and how to manage it.  This is the opinion of arguably one of the top five experts/researchers in the world on this topic; he’s devoted his life to it.

When we know so little – but have such a huge body of anecdotal evidence to support the use of a wide variety of soft tissue treatment approaches (foam rolling included) – it’s irresponsible to unequivocally say that something doesn’t work.  There are literally millions of athletes around the world who have utilized foam rolling and gone out of their way to say how much better it feels.  We’ve been doing it with our athletes so long that I almost forget what a game-changer it was for us a decade ago – but then I’m reminded by an email from a reader or trainer who says it’s improved results dramatically. And, after I’ve been standing on my feet for 10 hours on a gym floor, it makes my legs feel better, but I have to stop because a guy who has a blog (which is only read by his mother, most likely), says it’s doing irreparable damage?  Please.

We can’t just throw it out based on theory when that theory is based on an understanding of only 25% of the ideal body of knowledge?  That’s like plagiarizing a paper from someone who is illiterate. 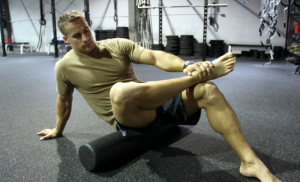 In other words, I’ll remain open-minded to foam rolling just like I am with various soft tissue approaches, from Active Release, to cupping, to Graston, to gua sha, to dry needling, to a host of other modalities that are out there and delivering results to happy patients and athletes worldwide.

8. You try to stay current with the literature and cite journal articles in your conference presentations. How do you find the time to pull up articles, and where do you get them?

I’d say that it comes in spurts.  I’m a geek and will just search for “sports medicine” on Pubmed every few weeks and find stuff that interests me.  Additionally, I always make notes on studies that presenters cite in their presentations at various conferences or in webinars; I’ll follow up by going back to read the full text.  I have a folder on my computer called “Journal Articles to Read” that I’m always working my way through and updating.

I also have some guy named Contreras who is always (kindly) filling my inbox with new studies he finds that are up my alley! It’s sweet to have friends in high places!

9. You’ve continued to build your brand and business over the years and have a great team of people at Cressey Performance. Would the CP staff describe you as an empowering delegator, a micromanaging prick, or somewhere in between?

I’m probably somewhere in the middle.  I like to empower the guys as much as possible and give them autonomy, but at the same time, it took me a long time to become a good delegator – and I’m still a work in progress.  Plus, with my name on the business, everything ultimately reflects back on me, so I need to avoid exposing our brand to mistakes from others.  Plus, I think it’s important to always set a tone by leading by example, and I’m never going to be someone who is comfortable with mediocrity, so I won’t allow our staff to be that way, either. 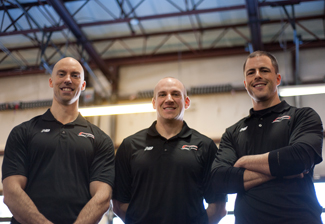 Fortunately, our staff is awesome and makes me look good all the time!

10.  Thank you for your time, Eric. One last question: you recently wrote another training program. Please tell my readers about it and mention why they should check it out?

It’s called The High Performance Handbook, and is a collection of 16-week programs for a variety of different goals: fat loss, muscle gain, strength improvements, and improved athleticism. 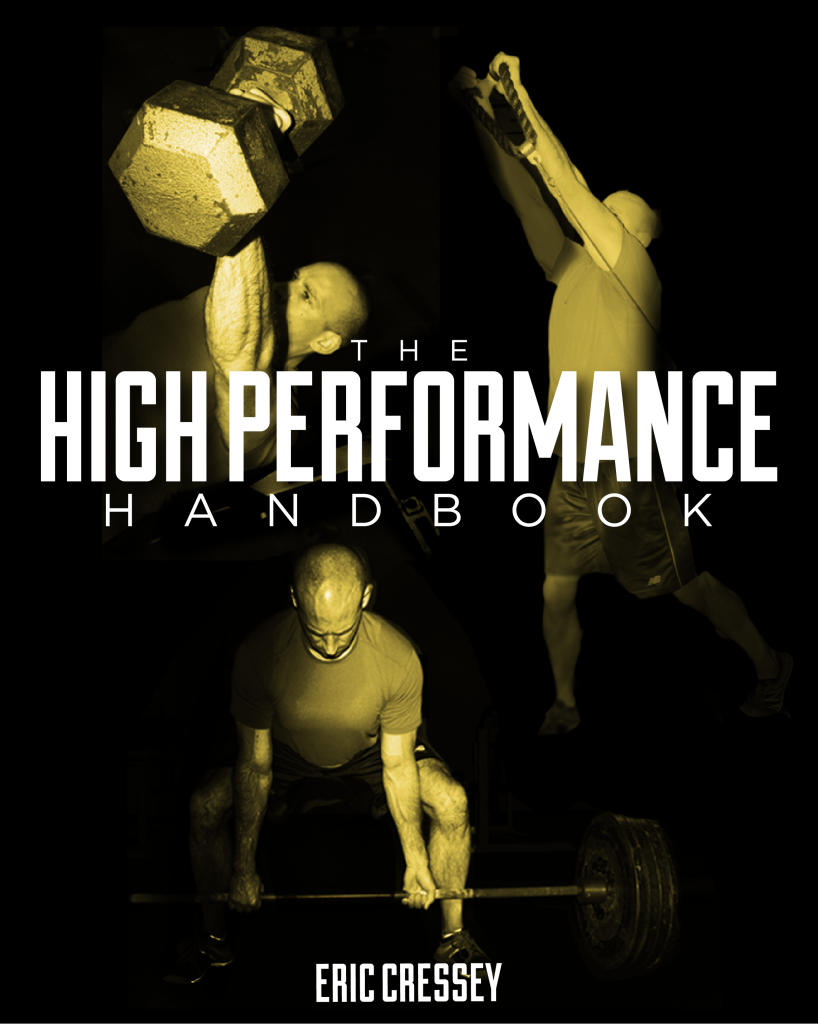 One thing (among several) that differentiates this program from others on the market is that it begins with a quick and easy-to-apply – but very effective – self-assessment component. From there, folks can go in a number of different ways with the programs, making it conducive to not only how they move, but also what their goals are and what their schedules allow. There’s even an entire chapter on modifying the program for special scenarios (over-40 lifters, overhead athletes, etc). Effectively, it’s like a choose-your-own-adventure-book, but you get jacked instead of just entertained!

Additionally, there is an insanely detailed video database that accompanies the program.  It features over 200 exercises, each with a 30-120s coaching tutorial.  So, when all is said and done, there is more footage than one would get in a half-day seminar with me!

Brian St. Pierre did an unbelievable job with the associated nutrition manual, which actually touches on far more than just nutrition. For instance, the section “Environmental Toxins, Endocrine Disruptors, and Air and Water Pollution” absolutely blew my mind.

It’s available at a great introductory price this week, too; folks can check it out here.

Thanks for having me!