An Interview With Brad Schoenfeld – The Hypertrophy Specialist

Today I have a great interview for you – it’s with my buddy Brad Schoenfeld. A couple of years ago I interviewed Brad HERE on TNation and referred to him as “The Hypertrophy Specialist.”  Since then he’s lived up to this nickname, consistently coming out with amazing publications on topics related to muscle growth. Brad and I have published a bunch of TNation and journal articles together in the past couple years, and we currently have more studies in the works. I’ve learned a ton from Brad over the past couple of years and am honored to regularly collaborate with him. 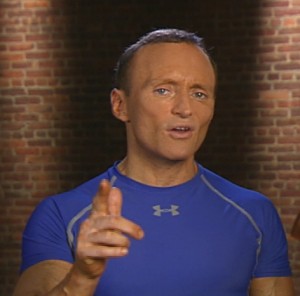 1. Hi Bradley, let’s talk about your Mechanisms of Hypertrophy article. Is that your magnum opus? I look back at my work from a couple years ago and cringe at how little I actually knew. I’m sure you can relate. Any changes or improvements that you’d make to that article?

Great question Bret. That paper was actually the basis of my master’s degree thesis, which I subsequently modified for publication. I’m extremely proud of that article and the vast majority of the information is still relevant. That said, I’ve become a much more accomplished researcher since the final draft was written, particularly in my ability to scrutinize studies for their strengths and limitations. Thus, there are some things that I would modify, more so in the way I wrote it than the actual content. In addition, there has been quite a bit of new research that has come out that I would have liked to integrate into the paper. I think in a year or two, I’ll probably write a follow-up review–no doubt after I’ve finished my PhD work!

2. Okay now let’s discuss your PhD. What will your thesis be looking at? What is your hypothesis?

I’m currently pursuing my doctorate at Rocky Mountain University under the direction of Brent Alvar, who is one of the top researchers in the field. My dissertation will focus on determining if there is a specific range of intensity (a loading range) that is optimal for maximizing muscle growth. I am specifically interested in the effects on trained subjects, as the vast majority of what has been done to date has only looked at untrained or so called “recreationally trained” subjects (who are basically in the same category as untrained). We know from research that those who have training experience respond differently than those just starting out. Thus, it may be speculated that trained individuals will have a different hypertrophic response to different rep ranges.

Based both on current research and personal experience, my working hypothesis is that a moderate rep range will promote maximal hypertrophy (if you had to choose between low reps, moderate reps, and high reps – in reality I think it’s ideal to utilize the full spectrum of rep ranges). As discussed in my “Mechanisms of Muscle Hypertrophy” paper, there is evidence that there are three main mechanisms that mediate muscle growth: mechanical tension, metabolic stress, and muscle damage. My view is that there is a “sweet spot” where these effects can be optimized, and that this would equate to somewhere in the 6-12 rep range. I also hypothesize that the response will be quite different between individuals so some might respond best at somewhat higher or lower intensities. I’m finished with my coursework in less than a year and hope to have data from the study shortly thereafter.

3. Moving along, you’ve recently written some stellar review articles. Can you shed some light on these papers? Anything you learned or anything change your mind?

I’ve published several recent reviews which have come from work I’ve done in my PhD program. The first of these was a review on the potential effects of muscle damage from resistance training on post-exercise hypertophy. The principle findings of the review were: 1) there is solid evidence that muscle damage can promote remodeling of muscle tissue which leads to increased growth, and; 2) some damage is generally good while too much will have a negative effect on training adaptations. What most surprised me when writing this paper was that as I combed through all the available research I realized that there really is a dearth of direct studies on the topic. Virtually all the evidence that we have is implied and the few studies that have looked at the subject directly have been very limited in terms of drawing any relevant conclusions. It’s an area that I plan to investigate in future research. You can access this paper HERE.

More recently, I published a review in the journal, Sports Medicine, on the effects of NSAIDs on post-exercise muscle adaptations. My interest in the topic was actually sparked when doing the review on muscle damage, and I came across early studies showing that taking ibuprofen and other NSAIDs blunted muscle hypertrophy in animals. I had seen some of these studies earlier and taken them as gospel, but when I looked into the topic further, I was surprised to find that things weren’t so clear cut. In contrast to the pretty definitive negative results in animals, human studies were equivocal in certain areas. Some studies show a blunting of protein synthesis while others don’t. Where there seems to be a real issue is the effects on satellite cells, which allow the muscle to continue to increase protein production over time. The majority of studies show that NSAIDs impair satellite cell activity, and thus may have a negative impact on long-term growth. Interestingly, the studies that have looked directly at hypertrophy do not show any negative effects, and one actually showed a positive impact! These results must be viewed with caution however given that there were only 3 studies in total and the studies had significant limitations with respect to methodology and generalizability. The bottom line here is that occasional use of NSAIDs is not likely to impair results and may even enhance effects by allowing you to push through your workout. However, there are potentially longer-term detriments to hypertrophy with repeated application, so use should be limited. HERE is the link to the article.

Finally, I have a review coming out shortly in Sports Medicine on the role of metabolic stress in muscle hypertrophy. Don’t want to say too much about the article until it’s officially released, but I’m extremely proud of this one and think it will provoke a great deal of thought and hopefully spur additional research on the topic.

4. Is there anything out there in the literature that you have a hunch could be wrong or misleading? If so, what research would you like to see conducted to help settle the matter?

Well one thing I’d like to say upfront is that there is all-too-often a misinterpretation of various studies. Many people fail to appreciate the limitations inherent to research. I’ll commonly see a fitness professional tout a study as if it is the be-all-end-all of evidence. This is never the case. One thing to remember is that research never proves anything. Rather, each study lends support to a theory. The weight that should be given to a study will depend on numerous factors. A big issue with exercise research is that sample sizes are often quite small–usually less than 30 subjects. Thus, these studies are inherently underpowered and results need to be taken with caution. Moreover, you cannot generalize across populations and demographics. Men and women can have different responses; so can younger and older subjects. And I’ve already pointed out the differences between trained and untrained subjects. Bottom line is that we need to be cautious when quoting research. Opinions need to be formed by evaluating the prevailing body of evidence and then people must realize that this is subject to change based on new evidence coming to light.

Now as to your question about “misleading” interpretations of research, there are numerous examples. One that comes to mind in particular is the contention that lifting very light weights is just as sufficient as lifting heavier weights for muscle growth. This is based almost entirely on a couple of studies that have recently emerged. The first study looked at acute protein synthesis, while the second actually looked at hypertrophy over a 10 week period. These studies have received quite a bit of publicity recently, particularly the training-based study by Mitchell et al. (2012) which found that lifting at 30% of 1 repetition maximum (1RM) was just as effective as lifting at 80% of 1RM. On the surface, these results seem compelling. Some have called this “proof” that there is no difference in training intensities as long as one trains to failure. But let’s look a bit closer at these findings. First, the sample size was very small making the study grossly underpowered. This substantially increases the chance of a Type II error (finding no difference when there actually was a difference). The study also used untrained subjects–I mentioned earlier how results in untrained subjects cannot necessarily be applied to well-trained individuals. Third, the study used only a few sets of leg extensions–not much of a routine to promote muscle development. I would also point out that several studies have investigated the topic and come to very different conclusions. In fact, a new study by Schuenke et al. (2012) just came out, showing that light weights (20-30 reps per set) resulted in little muscular gains while higher intensity exercise (6-10 reps per set) induced significant growth. The kicker here is that the routine employed squats, leg presses, and leg extensions– much more indicative of how people actually train. Similar results were obtained in the classic study by Campos et al. back in 2002. Now I’m not dismissing the Mitchell study. It’s always good to challenge traditional dogma, and all quality studies increase our knowledge on a particular topic. However, at the very least, evidence is far from conclusive on the topic. And based on the preponderance of evidence at this time, there is reason to believe that higher intensity (heavier loads) exercise is superior for muscle growth.

5. You have a new book out called The MAX Muscle Plan. Can you tell us a little about it?

Sure thing, Bret. This book is the culmination of many years of research and experience. As the name implies, it targets those who want to optimize muscle development. It condenses the science of hypertrophy training in a consumer-friendly fashion, and then provides a 6-month periodized routine designed to promote maximal muscle development. I’ve used the program with dozens of high-level physique athletes and hundreds of recreational lifters, and it consistently produces terrific results. I map out every rep, every set, and every rest interval, so all the reader needs to do is follow along and put in the effort. I also go into great detail about how to customize the routine to individual needs and abilities–an essential component of any fitness program.

6. Awesome. Thanks for you time Brad. One last question – where can people get a copy?

It’s in all the major bookstores. It’s also available at Amazon.com at a significant discount. HERE is the link. 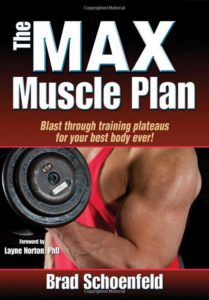