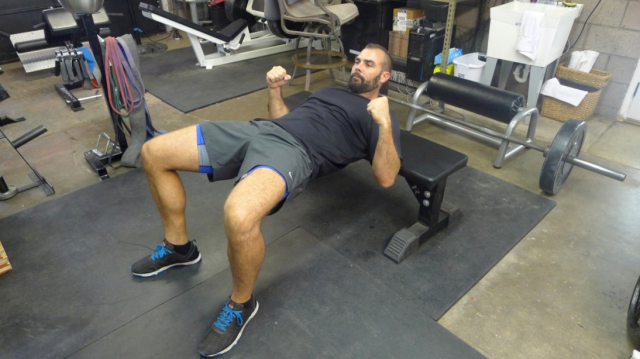 A Multiplanar Approach is Best for Developing the Glutes

Just over a year ago, I wrote one of my most popular articles titled, “Do More than Just Squat.” In the article, I outlined my belief that gluteus maximus hypertrophy cannot be maximized by any one exercise. For some strange reason, an alarming amount of coaches (might I add that these coaches never have any testimonials showing dramatic glute transformation pictures) will advise women seeking maximum glute development to “just squat.” I believe that this is the worst advice imaginable, which I already wrote about in the linked article. For the record, if you want maximum pec growth, you shouldn’t “just bench,” – you should also perform incline presses and single joint horizontal adduction movements, and if you want maximum back growth, you shouldn’t “just deadlift” – you should also perform chins, pulldowns, and rows. This is common sense just as is the case with glutes and squats – you should also perform hip thrusts and various glute isolation exercises. 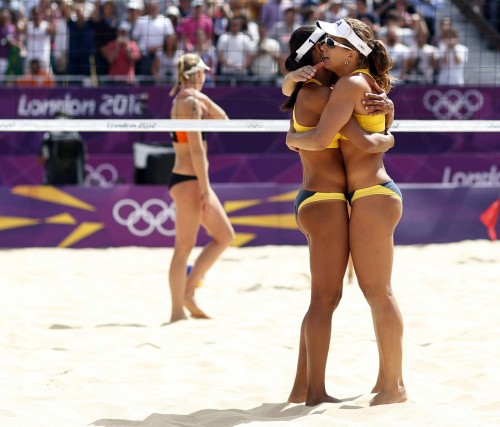 Is there any evidence that this approach is superior to the traditional approach of just squatting and possibly deadlifting? Well, I like to think that my extensive Testimonials page provides good evidence, along with my Twin Experiment. However, a brand new paper also sheds some light on this topic. 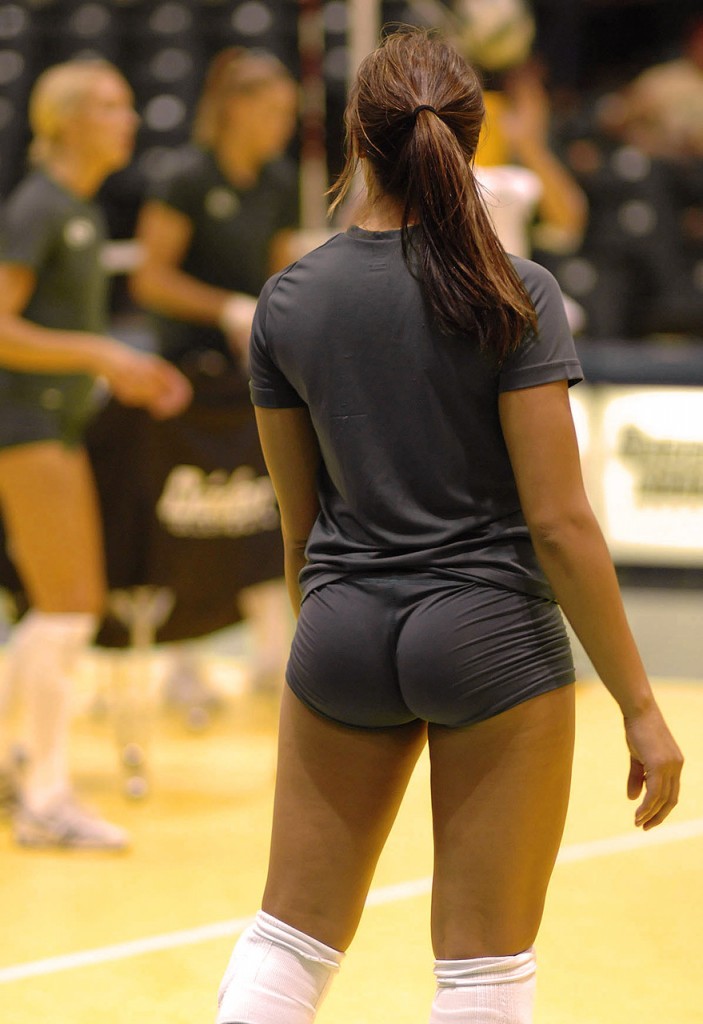 Just this past week, in HOMO – Journal of Comparative Human Biology, an article was published ahead of print titled, “The cross-sectional area of the gluteus maximus muscle varies according to habitual exercise loading: Implications for activity-related and evolutionary studies.”

The study examined the gluteus maximus size in 6 groups of people. Here’s how the authors described the subjects:

“Several different sports competitors were represented in the sample: 9 volleyball players, 10 high-jumpers, 9 soccer players, 10 squash players, 17 power-lifters, 18 endurance runners, and 18 swimmers. These sports were classified into five categories based on training history: high impact (volleyball players and high-jumpers), odd impact (soccer and squash players), high magnitude (power-lifters), repetitive impact (endurance runners), and repetitive non-impact (swimmers) loading. Definitions of these exercise loading types take into consideration both typical sport performance as well as the typical training regimen, which together establish the exercise loading type of the given sport. Playing volleyball and high-jumping include either maximal jumps and leaps or high impacts from a specific direction during typical sport performance and training, and these sports were considered to represent high-impact loading. Soccer and squash are sports that include rapidly accelerating and decelerating movements and quick turns of the body and the hip region to which they are not normally accustomed; these sports were considered to represent odd-impact loading. The difference between high impact and odd impact loadings was based on the idea of unusual loading direction. Powerlifting involves precise co-ordination of movement coupled with intense muscle force production, and this sport was considered to represent high-magnitude loading. Long-distance running, an endurance sport that includes a great number of repetitive weight-bearing impacts with the ground was considered to represent repetitive impact loading. Swimming is also an endurance sport with a great number of repetitive movements but lacking ground impact; this group was thus considered to represent repetitive non-impact loading”

Here is what the authors found: 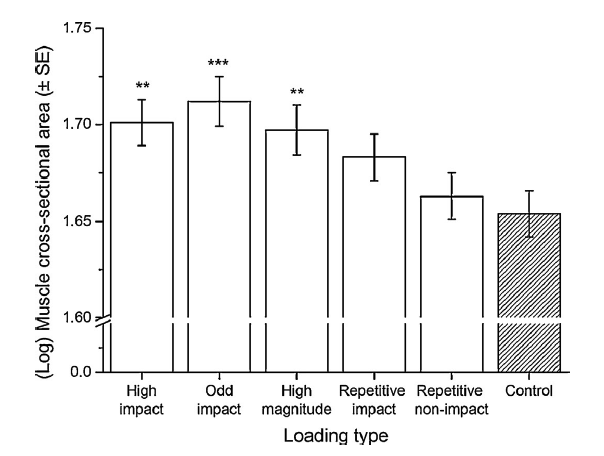 As you can see, powerlifters indeed have markedly larger gluteus maximi than controls (controls still exercised 3 hours per week so they weren’t sedentary), and they had the highest isometric strength. But so did soccer/squash players, as did volleyball players/high jumpers (this group had the highest dynamic strength). Moreover, the gluteus maximi were pretty similar between these three groups, indicating that heavy loading via vertically-based hip extension exercises (powerlifting) isn’t the only way to build the glutes. Various sports have you accelerating and decelerating the body in the vertical, horizontal, lateral, and rotational vectors. These features likely account for the similar gluteus maximi sizes despite the markedly lower loading magnitudes.

Check out the endurance runners and swimmers – their gluteus maximi were not much higher than the controls. The swimming group was training 17 hours per week and still this was not enough to significantly enlarge the glutes. In other words, running and swimming do not build the glutes.

In my opinion, these results do not imply that you have to play sports to maximize glute size; they imply that you should work the glutes in multiple vectors and include a variety of hip extension, hip abduction, and hip external rotation exercises in your training. Sports, sprints, and plyometrics can be risky, but resistance exercises are controlled and predictable and contain a concentric and eccentric component. This study shows that simply activating the glutes to low degrees and performing mundane, repetitive hip extension tasks (running swimming) does not yield glute growth; progressive overload via heavy resistance training and explosive training are needed to significantly enlarge the glutes.

It should be pointed out that this study didn’t examine longitudinal changes in glute size through training…it is possible that individuals with naturally larger glutes gravitate toward sports.

Here are the authors’ conclusions:

“To conclude, muscle activation alone does not result in or require greater muscle size because large muscles are not a prerequisite for endurance type exercise. On the contrary, it seems that rapid and powerful movements favour larger gluteus maximus muscles. Therefore, according to our results, the greater size of M. gluteus maximus is likely to have evolved as a requirement for sprinting and/or jumping movements (for powerful hip extension and stabilizing the trunk against flexion) instead of endurance running or walking. The results of this study demonstrate that active female athletes possess better-developed cranial portions of M. gluteus maximus for high impact, odd impact or high magnitude loading than do a group of less active controls. Moreover, those athletes involved in sports requiring rapid lower limb movements and stabilization of an erect torso possess greater development than do those performing repetitive impact (endurance runners) and repetitive non-impact (swimmers) loadings. It seems likely that sprinting and climbing behaviours would facilitate food acquisition– hunting in addition to aboveground gathering of resources – and both would be implicated in fleeing from danger. Those sports requiring stabilization of an erect torso to provide a stable platform for useof the upper limbs, in this case squash in odd impact group, suggests an equally important evolutionary adaptation favouring development of the cranial portion of M. gluteus maximus. Conversely, endurance running and walking, which are often associated with hunting, do not seem to be sufficient in themselves to account for the development of the cranial portion of M. gluteus maximus.”

In summary, do more than just squat and deadlift for maximum gluteal development; make sure to incorporate glute exercises that have you extending the hips, abducting the hips, and externally rotating the hips. This is what we do in Strong Curves and Get Glutes, and it’s what my Glute Squad does out of my Glute Lab. It’s what my client Erin did to win her first overall in bikini. It works for me/them and it’ll work for you. 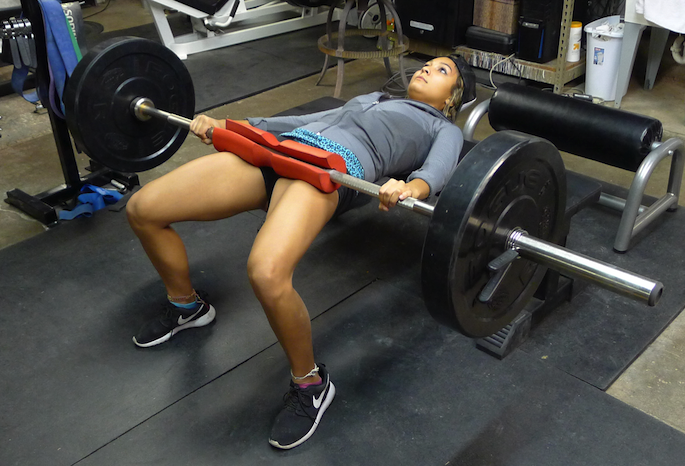