The spine is a delicate structure, one that you don’t want to take for granted. Professionals who work with athletes must possess sufficient knowledge of the spine and how it operates in order to provide appropriate instructions and recommendations. I have personally devoted hundreds of hours toward improving my understanding of spinal biomechanics as I take this topic very seriously. But perhaps nobody in the world understands spinal biomechanics as much as Dr. Stu McGill, professor at University of Waterloo and owner of BackFitPro.com.

In order to fully appreciate Dr. McGill’s vast knowledge and contributions to our industry, you’d need to have either followed his career for the past 30 years, or trace back and examine his findings and discoveries throughout the 80’s, 90’s, 2000’s, and 2010’s. See Pubmed for a list or his CV from late 2011 which is absolutely incredible. 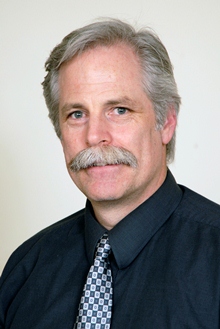 Last week, I visited Dr. Stu McGill at his laboratory in Canada. Over the course of my stay, we ended up spending a long time chatting about various topics, including: 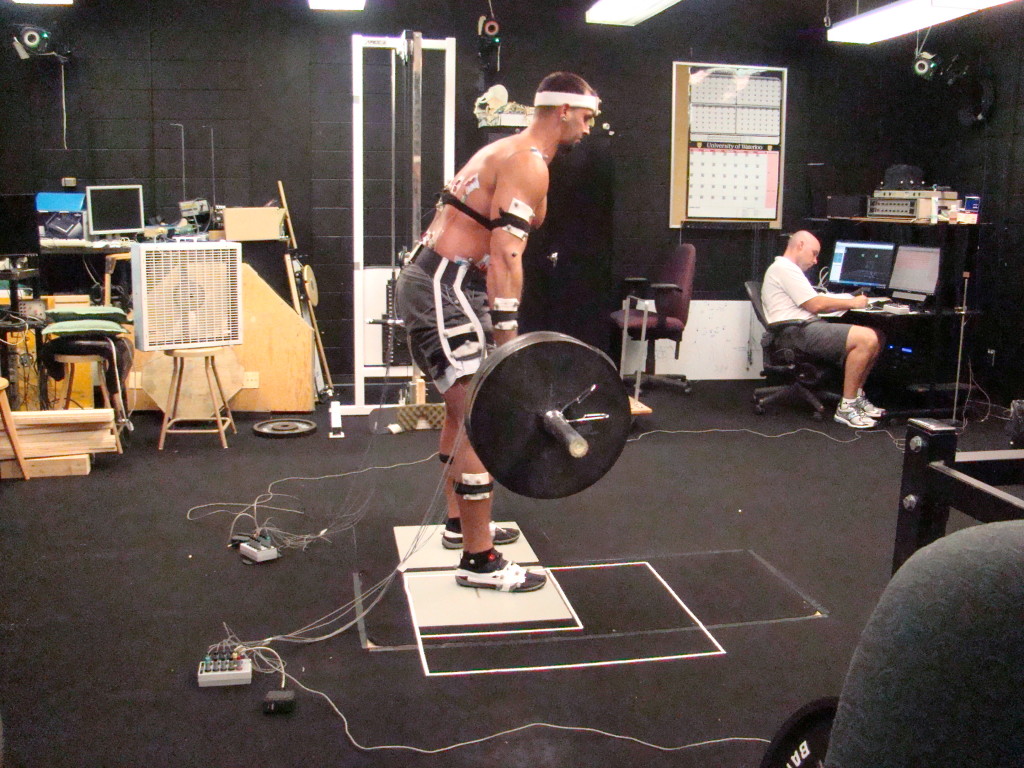 Nine cameras around the room capture motion data in concordance with the position sensors on my body, which is fed into a software system that also incorporates ground reaction force data via the force plate I’m standing on as well as muscle activation via the electrodes place on my body and EMG unit that the wires are connected to, and this is integrated into a virtual lumbopelvic model that utilizes architectural, physiological, and anatomical of the core musculature and physics and biomechanics in order to determine the amount of spinal loading.

If you’d like to hear more about these topics, let me know and I’ll try to get Stu on for an interview.

In addition to the fantastic discussion, Stu was nice enough to give me a tour of The University of Waterloo, which was incredible. I did not know that they offered the first Kinesiology program in the world and have the most state of the art labs. I was blown away by the number of laboratories and equipment available for research that I saw. It was insane, and there’s so much opportunity for synergy and collaboration there, which partly explains how Stu has been able to learn so much about the spine over the years.

Stu also showed me around the city, which was very nice as Waterloo is beautiful this time of year. It was great to see the human side of Stu McGill. I observed how polite and courteous he is to strangers (Canada trumps the United States in this area for sure), how much he cares for his students, how great his is to his incredible wife, and his incredible enthusiasm for the spine, the field of biomechanics, and strength & conditioning.

I could highly relate to this enthusiasm as I haven’t met many people who care as much about exercise knowledge than me, but Stu rivals me in this regard. When we were testing, he was down on the floor, changing out weighted plates on the barbell, and getting his hands dirty. I can’t tell you how much I admire that.

He picked me up at the airport even though it was late, made sure I was well fed before he dropped me off, and treated me to breakfast, lunch, and dinner (and refused to allow me to pay). These are all admirable qualities that I wouldn’t have discovered about Stu had I not paid him a visit.

It was also nice to see the “thank you” messages from pro athletes on Stu’s office wall. He’s a “case study” guy who regularly gets sent elite athletes who are experiencing back trouble and is expected to find solutions for their problems, and there’s no better individual in the field than Stu for this role.

Just seeing how Stu conducts his MVC (maximum voluntary contraction – these are positions performed prior to EMG testing that are used for comparison purposes during standard exercise) testing during his EMG (electromyography – a technique for evaluating and recording the electrical activity of muscles) portion was worth the cost of the trip for me as I also do a ton of EMG work myself. Being that Stu has a few decades of experience on me here, it was nice to see the methods and positions he used for testing. 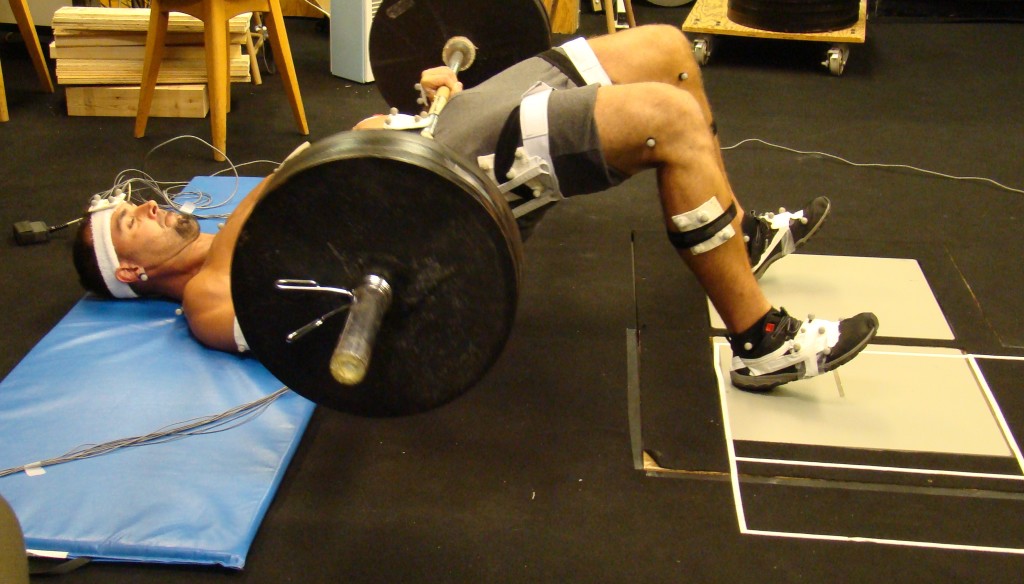 And now we get to the nitty-gritty. Though my discussions with Stu were priceless, this trip to Canada was all about one thing – learning more about exercises. Here’s what we tested: 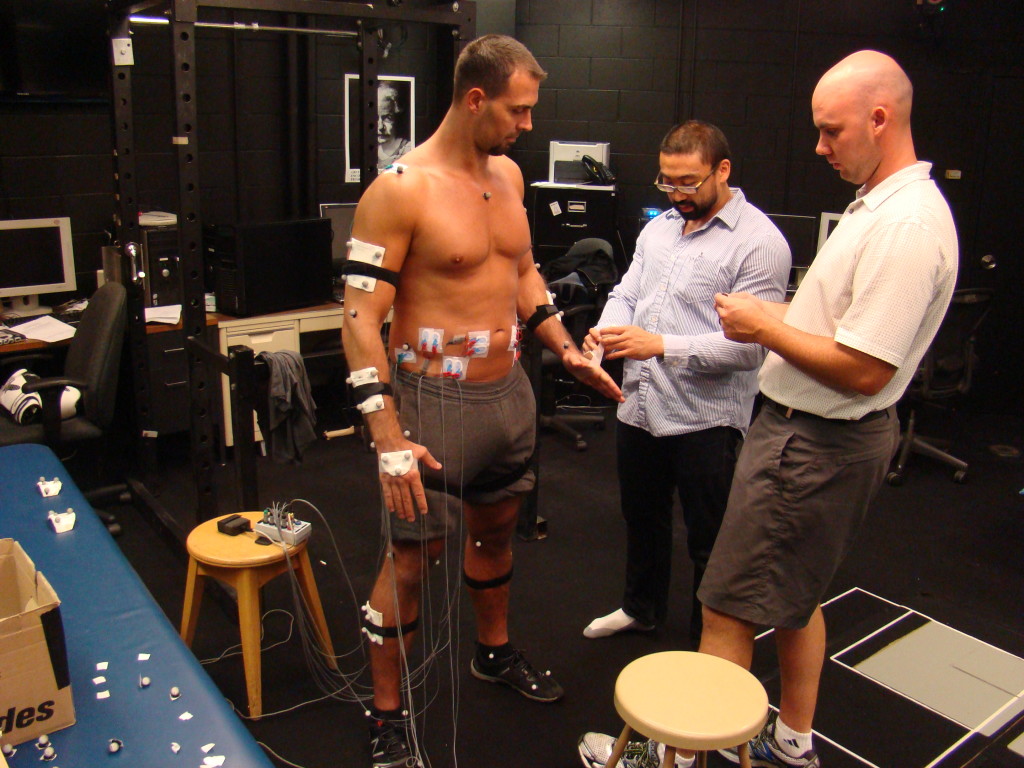 Here Stu’s students Ed Cambridge and Ben Lee prepare me for the testing. I felt like I was an Indy Car at a pit-stop – Ed and Ben worked at light speeds to shave and gel my skin and tape electrodes and sensors on various anatomical landmarks. And don’t look at my belly, I’m workin’ on it! I  had just eaten a ginormous meal so lay off me!

Some of you may recall THIS post I made a while back regarding the optimal band placement during lateral walking exercises for gluteal muscle activation. As it turns out, the head researcher was Ed Cambridge, the same guy who helped out during the lab testing. What a small world! Much thanks goes out to Kinesiology students Ed Cambridge and Benjamin Lee for spending all day assisting with this project. These guys were incredible helpers and it is apparent that Stu knows how to pick ’em!

When do We Get the Results?

Most “civilians” have no clue about the work that goes into analyzing this type of data. It takes a few months of processing, analyzing, and compiling the data in order to get it ready for presentation.

What’s nice is that Stu’s lab allows for a tremendous amount of potential information, including:

Again, please be patient. As soon as the data is ready, I will share it with you. Please expect a few months. If per chance we can get the data published in a journal as a case study or technical note, you’ll have to wait until it’s published ahead of print, which would be a long ways away, probably 9 months to a year. Such is research! But this is a long-shot and we might not go down this path. There will undoubtedly be some excellent and meaningful findings, some that will warrant a thorough investigation, so it’s great that Stu and I now have established a formal relationship and can potentially do more together over time. 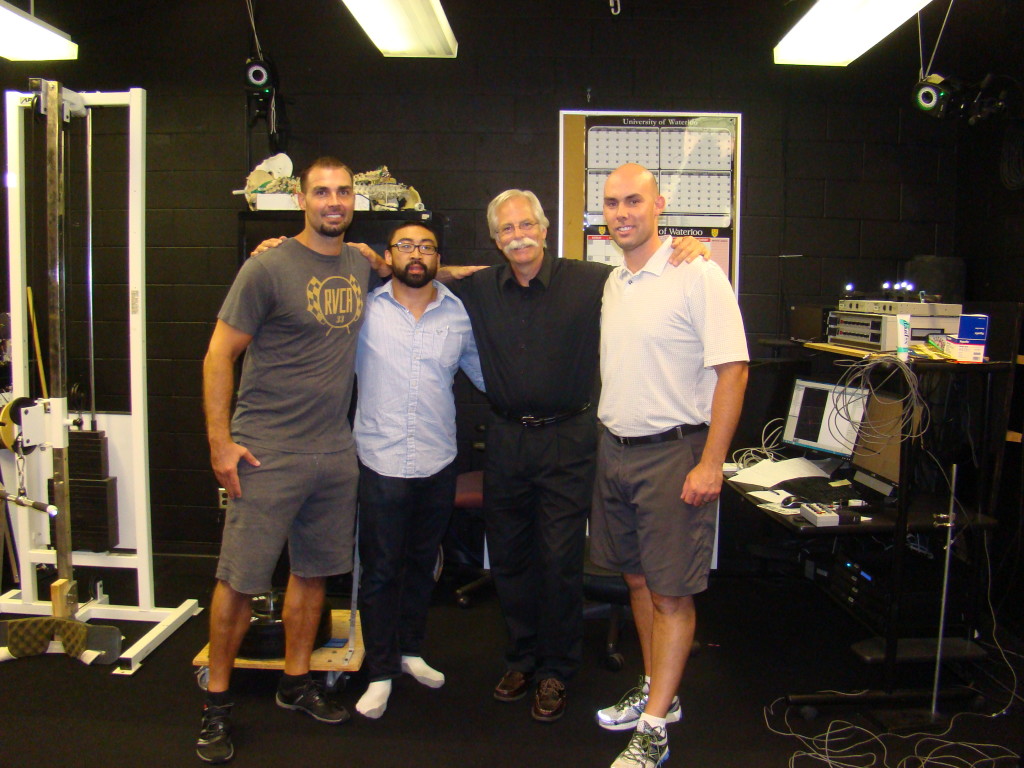