Topic of the Week #3 – Core Training

By Bret Contreras March 12, 2011 Core Training, Topic of the Week

This week’s topic is something that I’ve been thinking about for quite some time.

Back to the topic at hand. Let’s say you have 60 minutes to train a group of athletes. Should you include a special component for core training? I realize that age, sport, number of days, training history, and individual weaknesses factor in here considerably. If you need more specifics, let’s say you’re the strength coach for a high school varsity football team.

I’ve heard some coaches say that the core training component of a routine is the most important component for power production.

It increases core stability which prevents injuries on the field….everything from ACL injuries, hamstring strains, hernias, and low back pain could be due to core instability.

The spine is the power center and drives everything. All explosive motions transfer through the core so to get optimal transfer you can’t have energy leaks or a weak core.

The spine must be prepared for battle, and this is done by getting the spine accustomed to high forces seen in the sport.

Core exercises can be seamlessly integrated into programs such as during interset rest intervals as active recovery or as a pre-workout activation method so it doesn’t take time away from total allotment.

Proper core training teaches individuals how to brace and maximize IAP which spares the spine.

The core produces a double-peaked “superstiffness” during explosive movement so we should train it to pulse properly for this purpose. 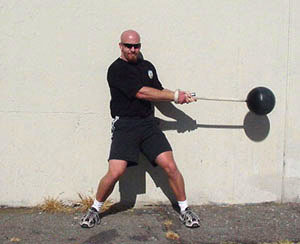 It doesn’t increase power; players spine’s aren’t buckling when they jump and run. 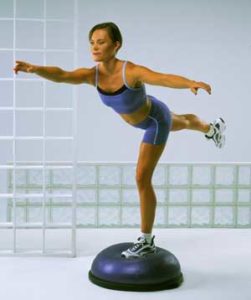 Why put tons of spinal loading on players who are already loading their spines enough during practices and games?

In a perfect world we’d do all kinds of fancy core exercises but I have limited time with athletes and my time with players is better served by doing more general strength, explosive power, plyometric, agility, and speed work. Or better yet, skill work.

Why fatigue the core prior to a strength training session or before sets of more important “big rock” exercises which rely on the core to function optimally?

Some of the best jumpers and sprinters in the world never did core training. You need fluidity, such as that of Dominique Wilkins, Michael Jordan, and Carl Lewis. All this focus on creating robots to not move is ill-fated.

Some of the strongest Olympic weightlifters never do core training either. Obviously it’s not necessary as they’re the most powerful people on the planet. They spend their time exploding, not holding core isometric contractions.

I could go through almost every argument above and poke holes in them. However these arguments are what make our job so fun. Strength training is an art and a science. If I have 60 minutes to train athletes, I definitely include some specialized core work. But I only prescribe one or two sets of one or two exercises. Furthermore, I place the core exercises at the end of the program. Many coaches place them at the beginning.

As mentioned above, the core gets worked through proper upper and lower bilateral and unilateral exercises in the strength program. You don’t need much icing on the cake, but you have to admit, using the ab wheel or the Cook bar for some rotational work really taxes the core and just “feels right.” Adding in a couple of sets of these only takes up a few extra minutes of workout time.