The No Barbell Experiment On Squat And Deadlift And Hip Thrust Strength: The Results

I sought out to determine if lower body machine training can allow for the retention of lower body barbell strength. After my five-week experiment, I have concluded that the degree to which this occurs depends on several factors, which I’ll expound upon below. If you’re not familiar with this experiment, please click HERE to read the introductory post. 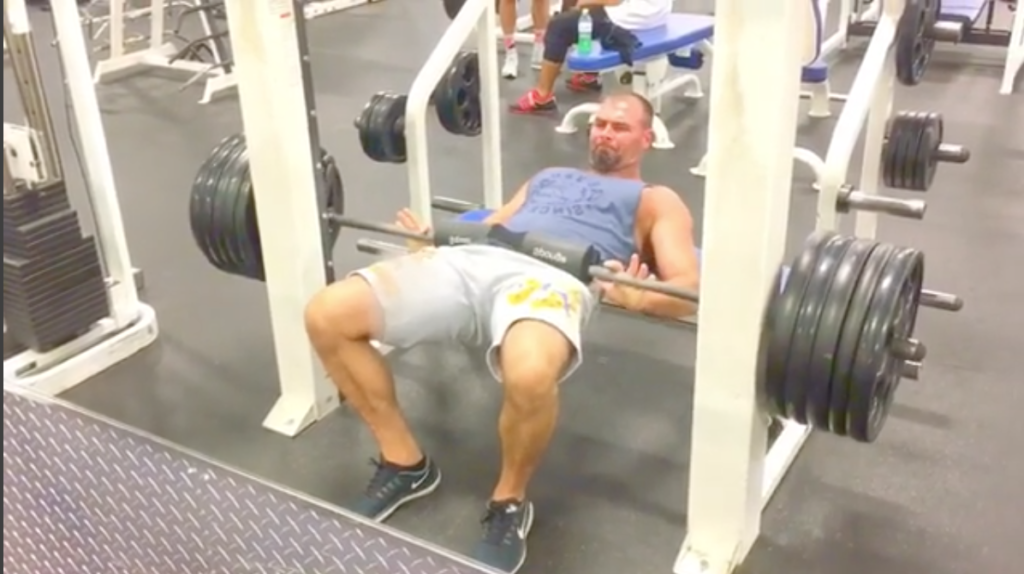 Now, to elaborate on “it depends.” It depends on:

People vary considerably in the rate at which they lose strength. According to the research, people can retain their strength for several weeks without training. However, for many of us, this simply is not the case.

For example, if I take a week off of training, my strength already suffers, especially for certain lifts like the bench press. I remember taking a week off of heavy lifting with my training partner Rob back in the day. He would come back stronger, while I would come back weaker. This has happened every time I’ve tried to take that much time off because I thought I was supposed to. Now I no longer take weeks off, but instead deload and fluctuate my training stress.

The more advanced as a lifter you are, the more specificity you need to build strength. If you’re new to training, it is easy to build strength, and you can do so through a variety of ways. But if you are a seasoned powerlifter, more strategy is required.

Case in point: A recent study on baseball players showed that eight weeks of just hip thrusts increased parallel back squat strength by 31% (hip thrust strength increased by 35% in the same time period). My guess is that if you had powerlifters take eight weeks off of squats and just do hip thrusts, they would lose strength, but hip thrusts would help them retain much more strength compared to if they didn’t do any training for the hip extensors. 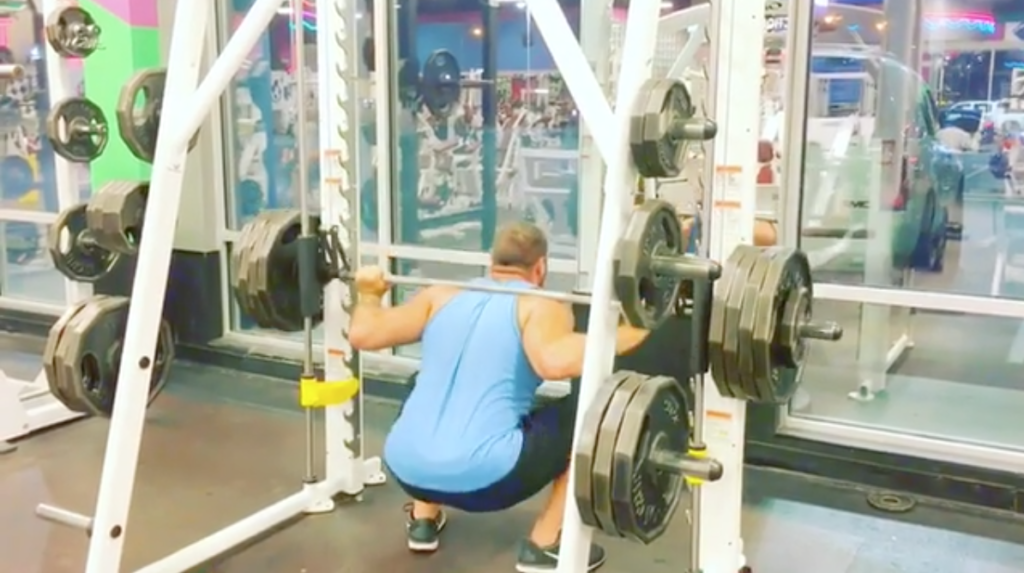 Let’s say you’ve purposely just crushed it for eight straight weeks without a deload because you knew you were going to have a three-week vacation. This is known as functional overreaching. Because you’re so fatigued, your strength would probably increase during the three-week layoff. However, if you’d been taking it easy in training and hadn’t been pushing it hard, your strength would likely decrease.

If you were trying to retain your barbell squat and deadlift strength without using barbells, ideally, you’d have access to plate-loaded lever machines, a smith machine, heavy kettlebells, a reverse hyper, a Hip Thruster, a belt squat, and more.

As you’ll see below, I believe the smith machine is an excellent tool for building squat strength, but with one caveat: you have to squat similarly to how you do with free weight. Ninety-nine percent of lifters place their feet in front of the bar when they smith machine squat, which makes it more like a hack squat-free squat hybrid. The clever lifter, on the other hand will place his feet slightly behind the bar, thereby mimicking his free squat stance and ending up at a similar torso angle at the bottom of the squat (usually around 45°), which will greatly enhance the transfer to the free squat.

This doesn’t just apply to the smith machine; how you perform the leg press, hip thrust, and back extension determines how well it transfers to the barbell lift in question. Novice lifters do not understand this, but advanced lifters understand their posture and positioning along with their weak points, and can therefore see better carryover.

My experiment was supposed to last eight weeks, but I cut it short after five weeks because my right knee was hurting significantly. The reason for this is the hack squat. I worked my way up to six plates per side on the hack squat, which was great for quad strength, but not so great for my patellar femoral region. This made it no longer fun to train because I was constantly hurting and didn’t have a lot of options.

As I’ve gotten older, my knees cannot handle as much volume, and because of this, I pay the price when I get overzealous in trying to build my quads. I actually thought my knees were bullet-proof as they never, ever hurt until I experimented with daily max squatting after learning about John Broz’s methods (see an article I wrote in 2011 about this HERE). What I like about training at a well-equipped home gym or athletics training facility is that I have more tools available to train around nagging issues. For this reason, I feel like I can build strength year-round.

To address the variables listed above, I have terrible genetics for retaining strength and lose strength faster than anyone I’ve ever known or trained. I am advanced in terms of number of training years, but I was not significantly fatigued when I embarked on this experiment. I carried out most of my training at Independence Gym in Scottsdale, Arizona, which has a great variety of equipment, but ideally, I would have had a belt squat, a reverse hyper, a Hip Thruster, and more.

I was looking forward to performing more single-leg exercises such as lunges and Bulgarian split squats, but throughout the experiment, my right knee was hurting so bad that I could not perform these. This is unfortunate because I believe it affected the outcome as I have noticed that lunges tend to transfer quite well to my deadlift. 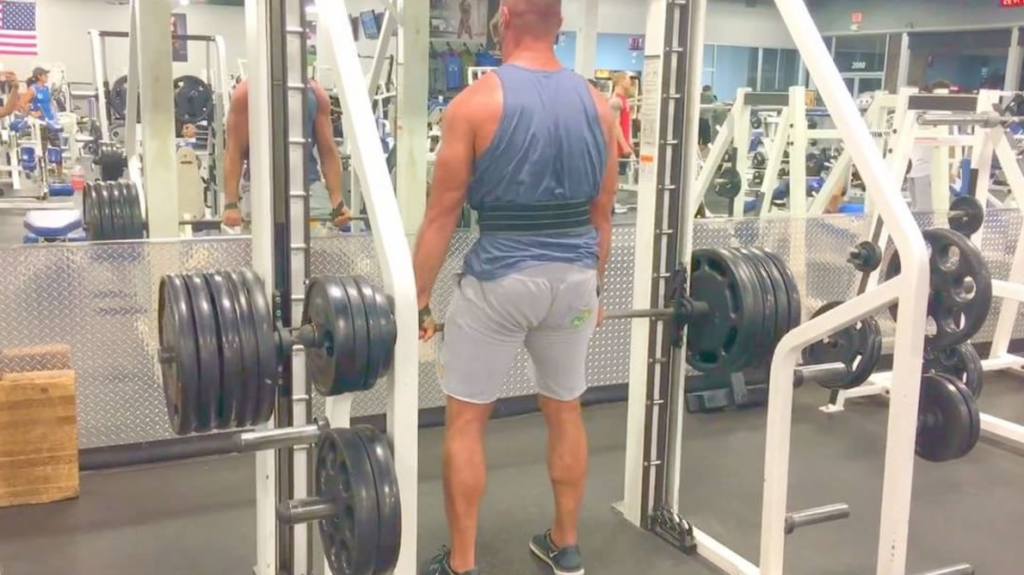 I was happy to have built up my strength on certain machine exercises throughout the five weeks. For example, I leg pressed 1,000lbs for 2 reps, hack squatted 450lbs x 4 reps, and even used the hammer strength seated shrug machine to perform deadlifts – I got 580lbs for 8 reps. The hammer strength apparatus offers a mechanical advantage because the load is placed in between the feet and the pivot point (like a wheelbarrow). So obviously, 580lbs on the lever machine is not the same as 580lbs on the barbell. For maintaining hip thrust strength, I relied mostly on smith machine hip thrusts, and I grew to really like them.

I learned over this five-week time period that smith machine hip thrusts are especially effective when you perform pause reps (I like a 3-sec pause). Of course, all hip extension exercises carry over to other hip extension exercises in varying amounts as well – so smith and lever machine squats and deadlifts and dumbbell back extensions likely contributed towards helping me maintain my hip thrust strength.

After just over five weeks of not touching a barbell for lower body training, I tested my 1RM to see where my strength resided. I was worried that barbell squats would feel awkward and uncoordinated, but this was not the case at all. I busted out an easy 405lbs, then a challenging 425lbs, then matched my previous best 1RM at 445lbs.

The 445lbs was one of the hardest squat reps I’ve ever performed. My knee hurt and it inhibited my quad activation, I almost blacked out halfway up, but I turned it into a squat-morning and grinded it out. As you’ll see in the video, it was ugly as hell, but it would have passed in a powerlifting meet as I sunk well below parallel. Please don’t judge me based off my low-bar 1RM; judge me by my front squat form, as it looks very nice.

After the squats, I loaded up the deadlift bar and sumo pulled 495lbs for a single. This felt heavier than normal, but usually when my squat is good, my deadlift is also good, so I went right to 585lbs. I got into position and pulled with all my might, but the bar didn’t leave the ground. I dropped the weight to 545lbs and completed the lift. It was definitely harder than I imagined.

I do not know how much fatigue played a role in this. I know the squat really took it out of me, but still, I didn’t feel strong at the bottom of my sumo deadlift. Some of this was due to inhibition related to knee pain, but some of it was just due to the fact that I hadn’t pulled this way in five weeks. I had a feeling that my conventional deadlift would have been stronger, but I went with sumo because that’s the stance I used when I pulled 615lbs and 620lbs. Several days later, I tested my conventional deadlift strength out of curiosity, and it was right at 545 lbs as well, so I definitely lost deadlift strength.

The next day, I was beat down a bit, but I needed to test my 1RM hip thrust, so away I went. After a thorough warmup, I went straight to 765lbs and got it. I don’t think I could have gotten anymore, so I called it a day. Here’s the highlight video:

Here are the results of the no-barbell-experiment. I wanted to see if I could keep my squat, deadlift, and hip thrust strength while sticking to mostly machine training and no barbells. The experiment lasted 5 weeks, and contrary to what I predicted, I ended up gaining 20lbs on my squat while losing 40lbs on my deadlift and hip thrust. Please visit my blog for a full write-up. I’ll post a live link in my profile and on my storyboard. #gluteguy #glutelab #gluteguyexperiment

I had not hit a 445lb full squat in over a year (the only time I’ve hit that was HERE on July 12, 2016), so I actually gained squat strength during these five weeks, but I lost around 40-60lbs on my deadlift, but some of it could have been due to fatigue. I also lost 40-50lbs off my hip thrust, but some of this could have been due to fatigue as well. So what did I learn from this five-week experiment? 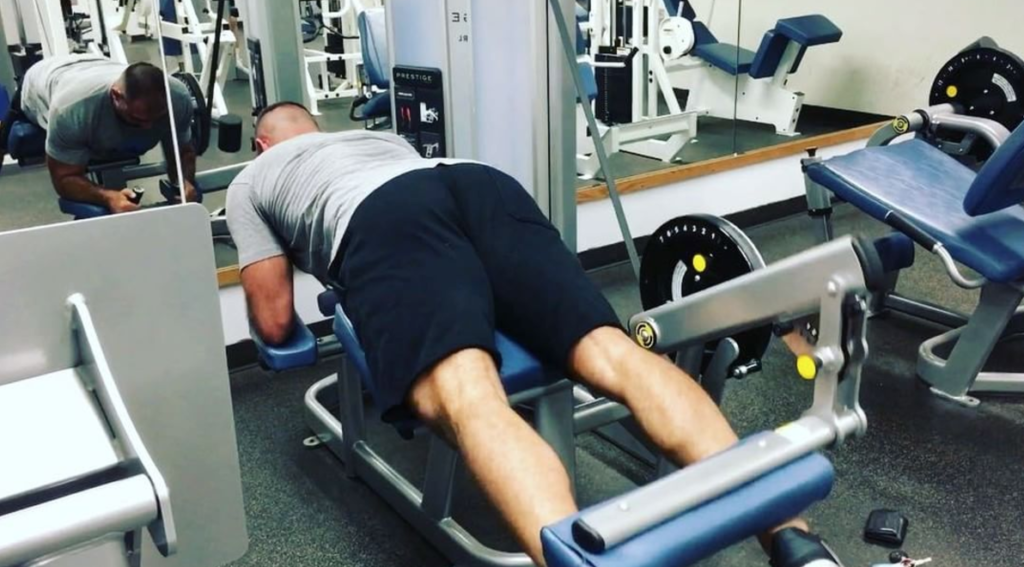 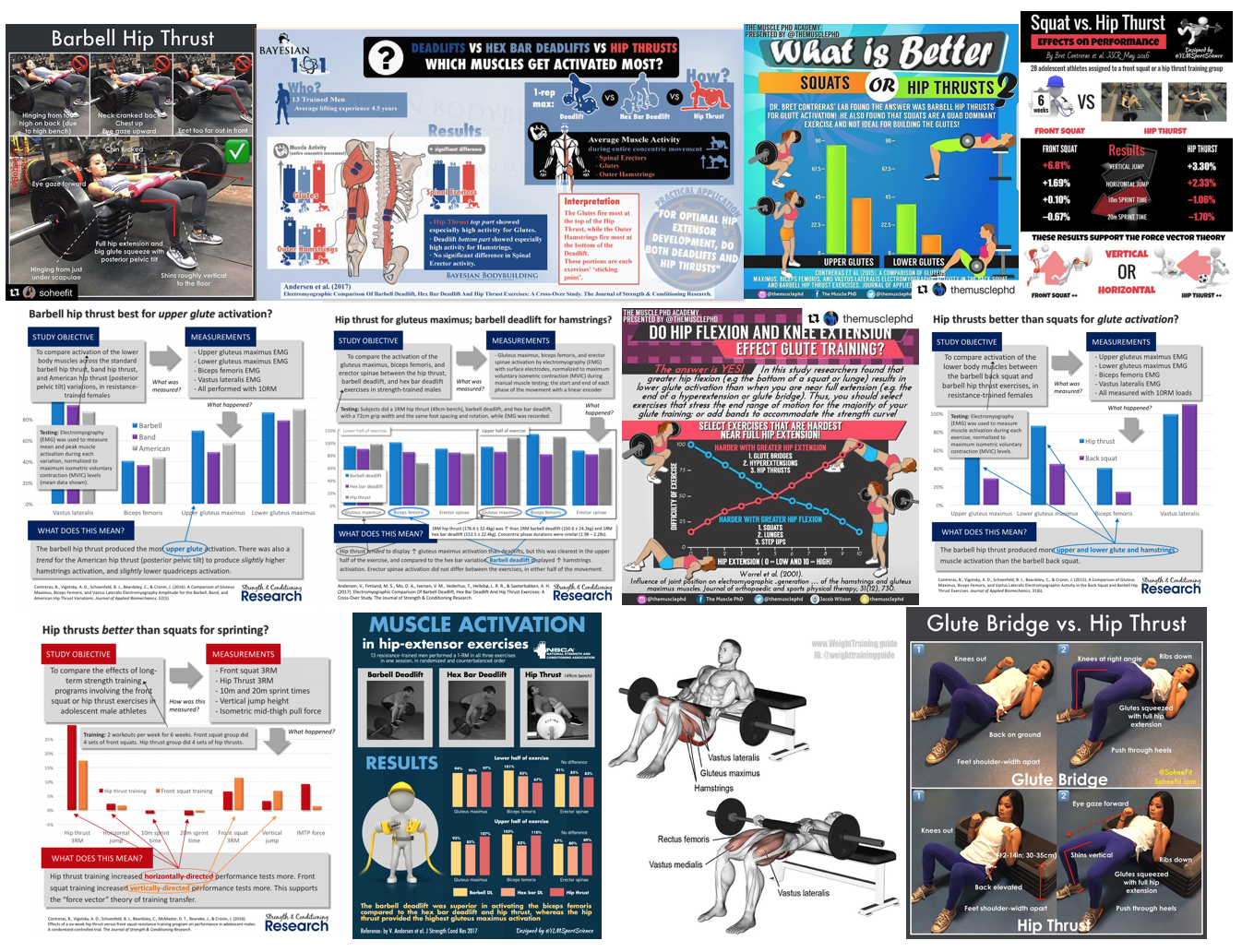