Hi Fitness Peeps – just wanted to give you a heads-up.

Brad Schoenfeld and I just got a paper published in Sports Biomechanics titled:

We wanted to see how increasing the lever length and posteriorly tilting the pelvis affected core muscle activity in a plank, so we compared four plank variations: 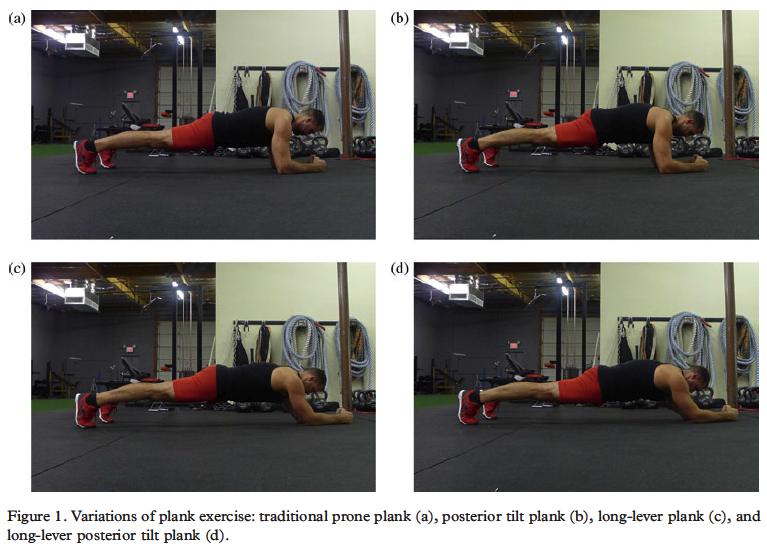 By the way, here’s how you perform an LLPTP (and HERE is an article detailing the form): 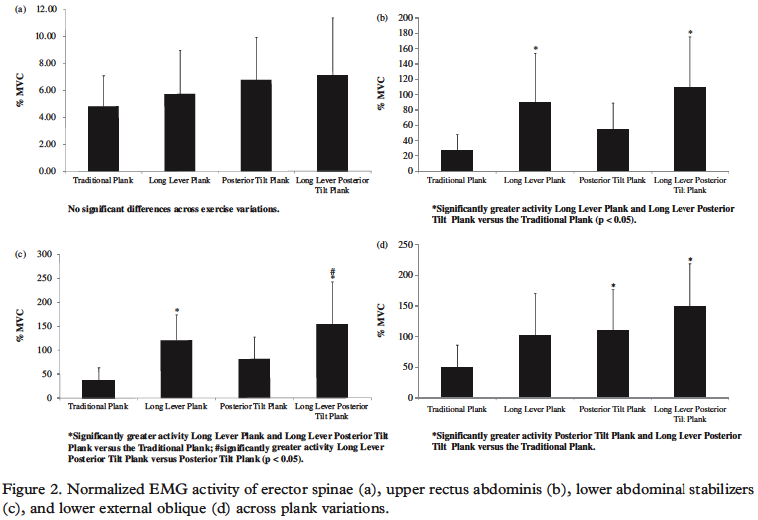 As you can see, the traditional plank doesn’t activate the core very well. This doesn’t imply that it’s a useless exercise; quite the contrary. It’s a beginning level plank that every lifter should master prior to progressing to more challenging variations.

Lengthening the lever actually had a greater affect on core muscle activity than posteriorly tilting the pelvis. This surprised both Brad and I, who hypothesized that the PTP would have a greater affect than the LL.

Combining the PTP and LL was, to no surprise, the most effective strategy for maximizing core muscle activation in a plank. With the LLPTP, you get over 100% of MVC out of the upper rectus abdominis, lower rectus abdominis/internal obliques, and external obliques. This is a big bang movement for the anterior core (not the erectors though – they barely get worked in any of the tested plank variations).

Take home message: planks can be highly effective when you know how to modify them and increase the challenge. This is something that I learned from Pavel Tsatsouline, who thought up the RKC plank years ago. Give the RKC plank or the LLPTP a try and see for yourself how demanding they can be!

10 Things All Beginning Lifters Should Know

10 Things All Beginning Lifters Should Know