Case studies offer an interesting perspective on scientific observations. They describe a unique or abnormal event, unlike trials that propose a hypothesis and have an experiment done to test it. There’s no sample size calculation or control group, just one lone, solitary person. So what does this mean when it comes to collecting evidence?

Due to the nature of a case study, it cannot be used as strong scientific evidence, even if it is indexed in PubMed.

Still, case studies can provide valuable insight into potential patterns that should be studied further. For example, more than ten case studies note marijuana usage about one hour before a heart attack or similar cardiovascular event. As it turns out, marijuana can increase heart rate and diastolic blood pressure. Examining this series of case studies could prompt a researcher to dig deeper into the relationship between marijuana and the cardiovascular system.

Below are just a few examples of when case studies taught researchers a valuable lesson.

The case of kombucha and the homebrewer

Kombucha is a fermented drink, produced when already-fermented green or black tea is fermented for up to a week with a mix of fungus and yeast.

When brewed properly, kombucha is safe and might even provide health benefits. But, when kombucha homebrewing goes wrong, case studies show that it can result in everything from jaundice, serious liver damage, anthrax, and death. Unsanitary conditions and too long of a fermentation period can cause unknown species of fungi and yeast to grow in kombucha, which are responsible for the negative health effects. These effects would not have been discovered in the lab, where sanitary conditions and proper brewing procedures are a priority.

Case study lesson learned: if you homebrew kombucha, you better be sure you know how to do it safely.

L-arginine and the case of the bloody eyeballs

Sometimes, case studies are useful for identifying side effects of supplements that may have not shown up in studies. Supplementing L-arginine was found to have unreliable benefits for nitric oxide levels. Many people experienced no benefits, while several experienced a pump and improved exercise performance. It took a case study to find out L-arginine supplementation could also cause subconjunctival hemorrhaging, also known as red eye due to small broken blood vessels. 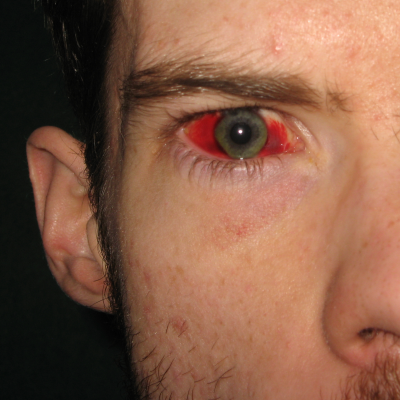 The case of rhabdomyolysis from just about everything

Stimulants like ephedra, synephrine, and hydroxycut have been associated with rhabdomyolysis (rhabdo) for a while, but now other products like pomegranate, spirulina, and licorice are claimed to cause it as well. Even an acai supplement (containing no acai bioactives) was associated with rhabdo.

Rhabdo is a condition where muscle is broken down and enters the bloodstream, which can cause kidney damage. It is brought on by intense and excessive exercise. However, there is no reliable test for determining when you pushed yourself too hard. Tests inevitably turn up whatever was supplemented that morning, which is where associations between rhabdo and various supplements come from.

None of the products mentioned above have been shown to cause kidney toxicity. Pomegranate, spirulina, and licorice actually protect the kidney.

The lesson? You can’t use case studies as evidence to support a relationship.

The case of the effective testosterone booster

This particularly interesting case concerns a young man that supplemented the product ActivaTe Xtreme in an attempt to boost testosterone.

The supplement worked too well: it caused an increase in both testosterone and luteinizing hormone (LH). LH was elevated much more than other hormones, which resulted in reduced libido and erectile dysfunction. Anabolic androgen steroid cycles are known to suppress LH while increasing testosterone in a similar way.

This case shows us that it’s not wise to associate a goal, like increased muscle mass or libido with a single molecule or supplement. The human body is a very complicated system that functions through signaling pathways and organ systems, not single molecules. Trying to manipulate the levels of one molecule without fully understanding what can happen can lead to the results described above.

The case of the miracle dietary supplement

There is the occasional case study that seems too good to be true. One notable example is an instance of synergy between reishi, a medicinal mushroom, and soy isoflavones. This combination caused a regression of prostate cancer in one man. Naturally, this led to a flurry of research. After six months, a study found that one man out of 51 experienced a 50% drop in prostate-specific antigen levels (used to test for cancer). The rest experienced no benefit, and no further studies panned out.

This is an interesting case study because it concerns an abnormal effect that was somewhat replicated in a clinical trial, but was not reliably enough to warrant further research. This is a great example of a case study being used to investigate potential patterns. It may not have panned out, but the studies that resulted produced valuable research.

Bret’s Notes: this is why proper research is important, which is why when it comes to supplementation, Examine.com is the goto place. Their new stack guides are on sale and are really good. If you are interested in learning what supplements to take, then you will undoubtedly find these stack guides to be very useful. 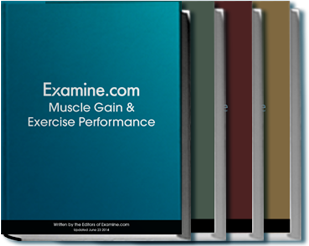 These stack guides are very good. Click HERE to check them out.

Kamal Patel is the director of Examine.com. He has an MBA and an MPH (Master of Public Health) from Johns Hopkins University, and was pursuing his PhD in nutrition when he opted to go on hiatus to join Examine.com. He is dedicated in making scientific research in nutrition and supplementation accessible to everyone.

“You’re All a Bunch of Pathetic Weaklings,” Says the Steroid Using Powerlifter

“You’re All a Bunch of Pathetic Weaklings,” Says the Steroid Using Powerlifter