How Does Foam Rolling Work? And Why “SMR” Should be Called “SMT”

Today, I’m going to share a discussion on Facebook that I recently had with Todd Hargrove and Greg Lehman. I’m not always confident with my understanding of things, but I’ve developed great “go-to guys” over the years when I’m seeking answers in various topics, and Todd and Greg are well-versed in areas pertaining to manual therapy.

I lift weights every day with a ton of strong dudes. Nearly all of them foam roll. I foam roll and use the stick and a lacrosse ball too. Are we all just a bunch of dumb meatheads falling prey to The Placebo Effect? Or is there more to foam rolling than meats the eye? Are we changing mechanical properties in the fascia? Or are there other mechanisms at play?

Over the past decade, strength coaches have come up with a number of potential mechanisms to explain how and why foam rolling is working. Though these theories made sense at the time, most of them are now outdated. I hope you appreciate the conversation. 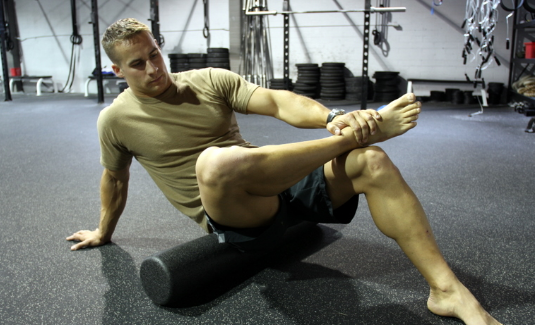 Hey Todd and Greg, I want to write a blogpost about “How Foam Rolling Works” and pretty much repeat what Todd wrote about DNIC. I’m going to link to blogposts that you have written. But I wanted to ask you all whether or not you think there’s any merit in Schleip’s thoughts here:

And, do each of you agree that DNIC makes the most sense in regards to how foam rolling works? Thank you very much for your time, Bret

Hi Bret, I think there is some merit in Schleip’s ideas, and I discussed them briefly in my paragraph titled “4. Does Foam Rolling Work by Proprioceptive Stimulation?” My answer is that stimulation of mechanoreceptors is probably part of the story, but I think DNIC is a better explanation.

Someone pointed out in the comments to my post that Schleip has new proposed mechanism – something like squeezing water from a sponge. (See the comment by Margy) I never looked into it, but I noticed Chaitow referenced it recently in an FB post.

Thanks Todd! Greg, I would appreciate your thoughts. All of my lifting partners swear that foam rolling has made their muscles more pliable over time. I’m inclined to think that they’re full of it and that they’re just imagining things, but if Schleip’s theory is correct then it could make sense.

1. I would guess there is a transient increase in stretch tolerance and ROM after foam rolling. Your friends might then go train a little easier at end ROM and it is this new training and confidence at end ROM that ends up increasing their extensibility or comfort with new ROMs.

2. Pain reduction: I would not put this solely on DNIC. People will certainly report pain relief without having to mash the shit out of their tissues. I would guess that the pain relief mechanism is the same as every other pain relief mechanism from manual therapy or movement. Meaning we probably don’t know but its a lot of little things that deal with the resolution of our pain output. This could be all the non-specific effects we talk about: fuzzy homunculus, refreshing the sensory cortex, beliefs about treatment and satisfying an expectation, paying attention to the area etc. If someone can tell me what manual therapy does then we can probably say that that is what foam rolling does.

I certainly don’t think scar tissue or mechanical adhesions are being removed.

As for long-term changes I suppose it is possible that the tissue might change via mechanotransduction if the load is consistent and frequent over time. I don’t know why this would make some more pliable it seems just as likely to make the tissue more robust.

Sorry, no good answers there.

BTW, Chaitow recently referenced Schelip’s research on water extrusion, which I haven’t read. Here’s a good quote, which supports my idea that if foam rolling has any benefit, it is temporary, but opens up a “window of opportunity”:

“Schleip and Klingler observe temporary easing of stiffness after water is extruded from fascial tissues, returning to stiffness as it is resorbed (after 20-30 minutes)…this window of reduced stiffness offers chance for mobilization etc, but does not seem to account for sustained reduction in stiffness.”

Let’s try to form a current consensus between us:

Theories that are out are:

6. Myofascial meridians – affecting one part of the body’s fascia impacts the whole chain

But still on the plate are:

4. Refreshing the somatosensory cortex – clearing pain-related “defaults” in the brain/body

5. Proprioceptive stimulation – transient decrease in muscle tone due to mechanotransduction

6. Spongy window – dehydrating tissue followed by a subsequent rehydration, with a window of opportunity in between

What else is in, or out?

Should self-myofascial release be given a new name? If so, what 3 letter acronym?

With #3. Placebo isn’t really the right word. Use it. But clarify that there are really effects behind it. Expectation and satisfying that expectation being one of them. I don’t know this stuff off the top of my head but that paper by A Louw on A neuroscience approach to low back pain in athletes would probably touch on it.

But honestly, if we solve why manual therapy works then I bet we can say why foam rolling helps with pain.

Hi Bret, those look good. Here are a few comments, each of which are pretty trivial.

First, in reference to the meridians idea, I would not disagree that causing structural changes to the fascia in one area would have mechanical effects in another area. I just disagree with the idea that foam rolling could affect the fascia.

Second, I might somehow combine numbers four and five of the second list. In other words, the effects on the somatosensory cortex are due mostly to proprioceptive stimulation.

Third, the “window of opportunity” applies to more than just the sponge. It would also apply to any other mechanisms (e.g. DNIC) which would create temporary benefits in mobility or pain reduction.

Fourth, I haven’t read anything at all about the water/sponge theory so I have no idea whether it “holds water.” Ouch!

Oh, and in regard to your question about the term “myofascial release”, I don’t like that term at all as applied to foam rolling or any manual technique. It is describing a theoretical and implausible mechanism of effect, as opposed to the actual technique.

Therefore, it’s confusing and causes people to assume that when you are foam rolling, you are releasing fascia, even though there are many other ways that foam rolling might cause changes to your movement that have nothing to do with fascia.

Awesome stuff guys! So it should be called…..wait for the drumroll…..Self Manual Therapy (SMT)?

SMT sounds great. That way, no one will be confused about what you are taking about.

OTHER ARTICLES ON THE TOPIC

If you find this interview to be interesting, here are some more links you can check out:

Alice Sanvito on how we can’t stretch fascia 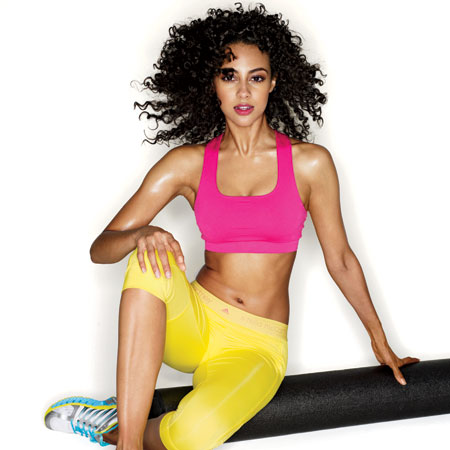 It’s the “Dash” that has the Greatest Significance

It’s the “Dash” that has the Greatest Significance