Do We Even Need to Lift?

I’ve made a career out of analyzing the biomechanics of resistance exercises. But I’m not just an arm-chair expert; I take pride in the fact that I’m always hitting the gym hard and experimenting with different exercises. When I travel, I love attending local commercial gyms and even training in hotel gyms as it causes me to try new things in my training. I’ve mastered most implements and can achieve a great workout with bodyweight, dumbbells, kettelbells, resistance bands, barbells, or machines.

But all of this might not be necessary. A brand new study was just published ahead of print showing that just flexing your muscles throughout a full range of motion was equally effective as traditional weight training (but strength gains were greater in the high load condition compared to the no load condition).

I was actually one of the peer-reviewers for this article, so I’m quite pleased that it was accepted. I’ve often wondered about this and even planned out a study comparing glute squeezing versus weight training on glute hypertrophy around two years ago. There are a few papers which have already shown promising potential with voluntary contractions (HERE and HERE are a couple). As you can see, this study was right up my alley.

The acute and chronic effects of “NO LOAD” resistance training

The purpose of the study was to remove the influence of an external load and determine if muscle growth can be elicited by maximally contracting through a full range of motion. In addition, the acute physiologic and perceptual responses to each stimulus were also investigated. Thirteen participants completed 18 sessions of unilateral elbow flexion exercise. Each arm was designated to either NO LOAD or HIGH LOAD condition (70% one repetition maximum). For the NO LOAD condition, participants repeatedly contracted as hard as they could through a full range of motion without the use of an external load. Our results show that anterior muscle thickness increased similarly from Pre to Post, with no differences between conditions for the 50% [Pre: 2.7 (0.8) vs. Post: 2.9 (0.7)], 60% [Pre: 2.9 (0.7) vs. Post: 3.1 (0.7)] or 70% [Pre: 3.2 (0.7) vs. Post: 3.5 (0.7)] sites. There was a significant condition × time interaction for one repetition maximum (p = 0.017), with HIGH LOAD (+ 2.3 kg) increasing more than the NO LOAD condition (+ 1 kg). These results extend previous studies that have observed muscle growth across a range of external loads and muscle actions and suggest that muscle growth can occur independent of an external load provided there are enough muscle fibers undergoing mechanotransduction.

The training period involved 18 sessions – 3 sessions per week for 6 weeks. Each subject performed both protocols; one arm was used for no load and the other arm was used for high load. The no load condition had the subjects moving their arms into elbow flexion and extension while attempting to maximally contract their biceps throughout the range of motion. They experienced EMG biofeedback which encouraged them to flex as hard as possible throughout the workout. They performed 4 sets of 20 reps with 30 seconds rest time in between sets. This seems like it would be surprisingly challenging. The high load condition involved the performance of a dumbbell curl with 70% of 1RM for 4 sets of 8-12 reps with 90 seconds rest in between sets. Progressive overload was utilized.

Do gym owners and equipment manufacturers need to close up shop? Should personal trainers start seeking other jobs? Can advanced lifters ditch the weights and continue to build muscle by posing in front of the mirror? Not so fast…

First, all good scientists should be patient and wait for research to be replicated before reacting strongly. Second, strength and function are important, not just hypertrophy. Third, this study examined beginners; the possibility exists that experienced lifters need more advanced stimuli. That said, I will state that the untrained versus highly trained subjects limitation is often overhyped. Forth, the study just examined biceps, and biceps are easy to contract. Some muscles like biceps and quads seem quite easy to contract, whereas others such as delts, lats, and hams aren’t as easy to contract through a full range of motion. There are also subdivisions of muscles which aren’t easy to contract voluntarily with no load. Interestingly, the authors mentioned that often the no load arm wouldn’t elicit high levels of EMG activity until end range contraction was reached, whereas with adumbbell it would experience more consistent high levels of EMG activation. For this reason, I wonder if one could just stretch and then flex a muscle intermittently and experience similar hypertrophic results as what was seen in this study.

What this study does show, however, is that posing in bodybuilding provides an excellent muscle-building stimulus. Technically, posing in and of itself wasn’t examined as the no load condition performed 80 maximum voluntary contractions in around 5-6 minutes. But we can indeed conclude that one could maintain and possibly even build muscle without any weights during somewhat brief periods of time away from the gym. In addition, it has ramifications for the entire world and is important for fields of research pertaining to fitness, rehabilitation, aging/frailty/sarcopenia, and more. I hope the study gets the attention it deserves and attracts follow-up research from my fellow sports scientists. 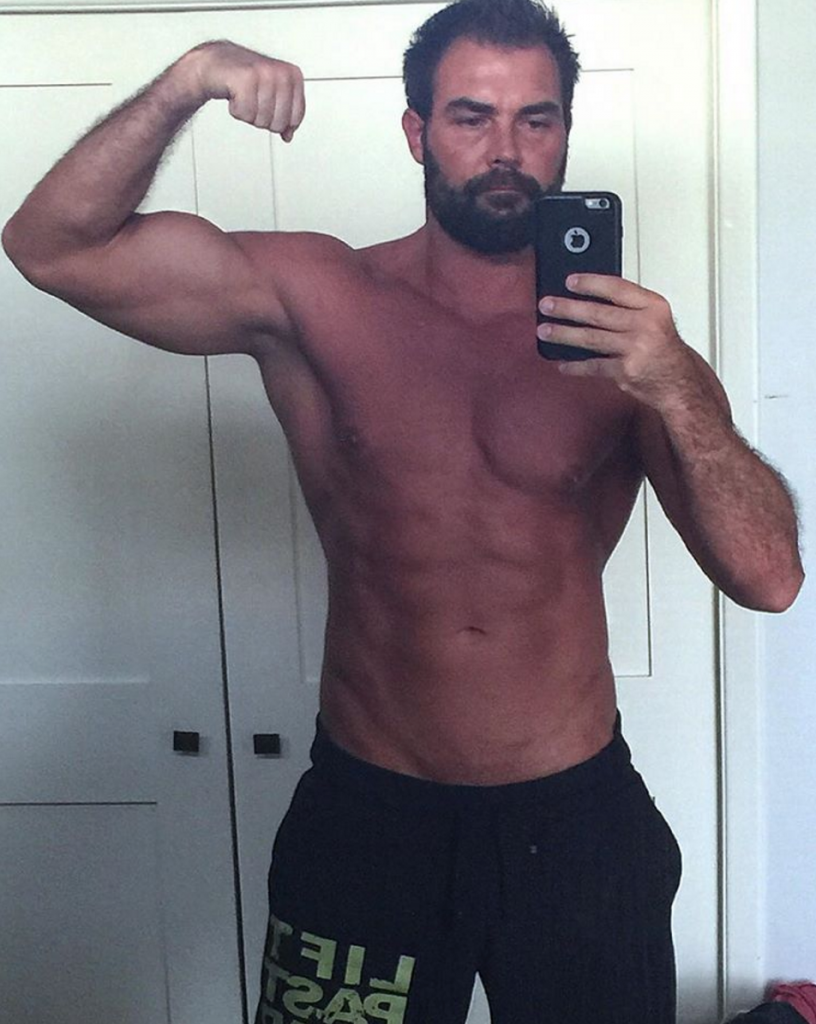 Now I have good reason to do more of this…