Change the Tune: Accommodation & Stagnation
By Will Vatcher

Here’s what you need to know:

During the late 1960’s, a Soviet scientist named U. I. Ivanov performed and published results from an interesting experiment. Ivanov used three similar groups of people and had them perform strength training exercises twice a week for a period of three months.

After the period was concluded, the results were very interesting. Compared to their previous personal performances:

What did and does this experiment reveal? The athletes tested strongest in the motor skills and tasks that were the most similar to the exercises they did in the experiment. 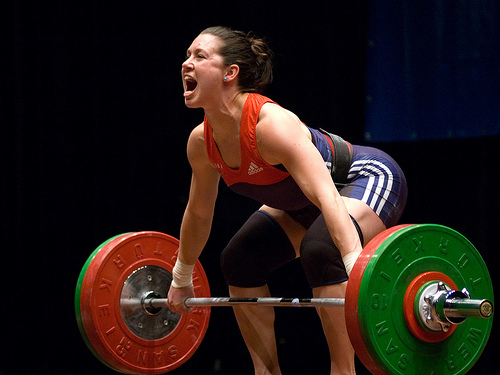 A problem arises though.

On the one hand, the specificity of the training produced the highest results in the motor tasks and exercises most similar to the ones performed.

On the other hand, if those same athletes would have continued using the same exercises for an extended period of time they would have ceased to progress any further. This is called Accommodation.

Accommodation is a biological law that states that a decrease in adaptation will occur to a repeated stimulus over an extended period of time. In other word, your progress will stop. Every activity you do has a learning lifecycle to it.

Let me provide an example. When you were a small child, you probably read kids’ books (maybe you still do). Simple stories, learning the alphabet and learning your times table were likely things you did. At an early stage of learning when these processes are not fully comprehended the brain is greatly stimulated.

Fast forward 20 years. You have left school and you are working as an accountant. Would you still be using such books to learn how to be a good accountant? I sincerely hope not! Your brain has exceeded the capacity to learn any more from such elementary activities. What you need is increasingly more complex demands to keep progressing. If you were to return to elementary teachings you most definitely would not be progressing in your accountancy job for long!

Believe it or not, strength and speed adapt in a similar way.

I’m sure you are aware or have seen people in the gym making rapid progress in the early stages of training only to hit a brick wall due to using the same routines. You have likely experienced it yourself. Most definitely I have.

Thomas Kurz reports that one cause of reaching a plateau is to repeat an exercise over and over with the maximal speed attainable in that exercise. The brain then learns to move with that speed to the point that it cannot be exceeded. A greater intensity of stimuli results in a faster learning of the movement. To illustrate:

Stagnation can also occur as a result of lacking a particular strength or speed quality. For example:

Accommodation and stagnation can be conquered in the following ways:

In regards to maximal strength training this can be achieved by utilizing the following:

In regards to explosive strength training this can be accomplished by utilizing the following:

In regards to speed strength training this can be accomplished by utilizing the following:

Exercises in the 3 categories above all have slight variations in movement, speed and intensity, but they remain within an intensity range which will continue to train a targeted motor quality or strength. This is an excellent way to avoid accommodation and stagnation.

Eliminate the impossible to discover the truth

It would be impossible in one article to cover every sports training method to combat accommodation and stagnation. What is possible, however, is to come up with a set of parameters to use to discover what areas must be addressed.

Here is a possible guideline to use for analysis:

When answering such questions, some points for analysis to be mindful of are:

It could be that this athlete’s technique is very good. If so, this could be eliminated as a potential problem. For such an athlete, perhaps performance could be improved by:

The proof is now in the performance. If it increases, that is a good indicator that the changes are working. If performance stalls out again later down the road, the coach or athlete can go back to the drawing board to figure out more solutions.

The process can be repeated for any activity. Identifying dominant strengths and support strengths in a sport activity will go a long way to being able to identify and eliminate weak links.

It has been said already – every drill or exercise has a lifecycle to it. Along the same lines, it is often what is not being trained that will hold performance back. To teach the brain and body to adapt further requires learning increasingly complex motor skills. Make adaptation your friend – let it work for you, not against you.

Will Vatcher is a strength & conditioning coach based in Cambridgeshire, England. He has written several articles on training for www.t-nation.com & www.about-muscle.com, and published interviews with Louie Simmons & Fred Hatfield (Dr. Squat) which are posted on about-muscle. He is a very enthusiastic researcher of all things strength, speed and sports related. He can be contacted via email willvatcher@hotmail.com for information on articles and training.

You Can’t Stop the Hip Thrust, and You Won’t Break Our Stride

You Can’t Stop the Hip Thrust, and You Won’t Break Our Stride