A Simple Test for Glute Activity

In recent years the gluteal muscle group has received much notoriety in the physical rehabilitation, fitness, and sports performance industries. Bret Contreras is one individual who has certainly carried the “gluteal torch” on his website, in books, and lectures in an attempt to educate sports performance and fitness professionals of the significance of this muscle group. The gluteal muscle group includes the gluteus maximus (one of the most powerful muscles in the body), medius, and minimus, which together make up the buttock. There is also documentation from those who consider the small tensor fasciae latae part of this muscle group as well.

The gluteal muscles are a significant contributor to proper posture, physical esthetics, the rehabilitation of low back, hip, and knee pathology, as well as optimal athletic performance to name a few. This muscle group also contributes to the high force application into the ground surface area for favorable body propulsion, deceleration from high velocities and landings, and change of direction abilities. The gluteal muscle group also safeguards the preservation of the athlete’s posture and contributes to the appropriate vertical hip height during high velocity activities. This commentary will discuss a gluteal testing technique presented to me years ago by my good friend Hall of Fame Strength and Conditioning (S&C) Coach Al Vermeil as taught to him by renowned physical therapist Mark Comerford.

Many dialogs regarding the gluteal muscle group may include “activation”, force production, and “function” to name a few. One aspect of athletic performance not often discussed during these conversations is the contribution of the gluteal muscles for the maintenance of proper hip height during sprinting and other high velocity athletic activities. This “vertical hip height” lesson was imparted upon me years ago by distinguished sprint coach Charlie Francis at the time Charlie, Al Vermeil and I were all hired by an NFL football team and worked together as consultants with their football players during the off-season. This lesson was also reinforced during recent sprint training discussions with Charlie’s protégé’ and my good friend S&C Coach Derek Hansen.

The gluteus maximus is known as a strong extensor of the hip, however one must not forget that the hamstring muscle group plays a dynamic role in hip extension function as well. During high velocity activities the athlete’s optimal hip height (posture) must be maintained. Weak muscles will result in a decrease in hip height thus effecting the position of the stance foot at the time of ground contact. This decrease in hip height signifies a diminished distance from the hip to the ground surface area, resulting in a foot contact further anterior to the body’s center of mass than desired. Due to this change in foot contact position some significant consequences may transpire. These changes include, but are not limited to the following:

A Simple Test for the Glutes 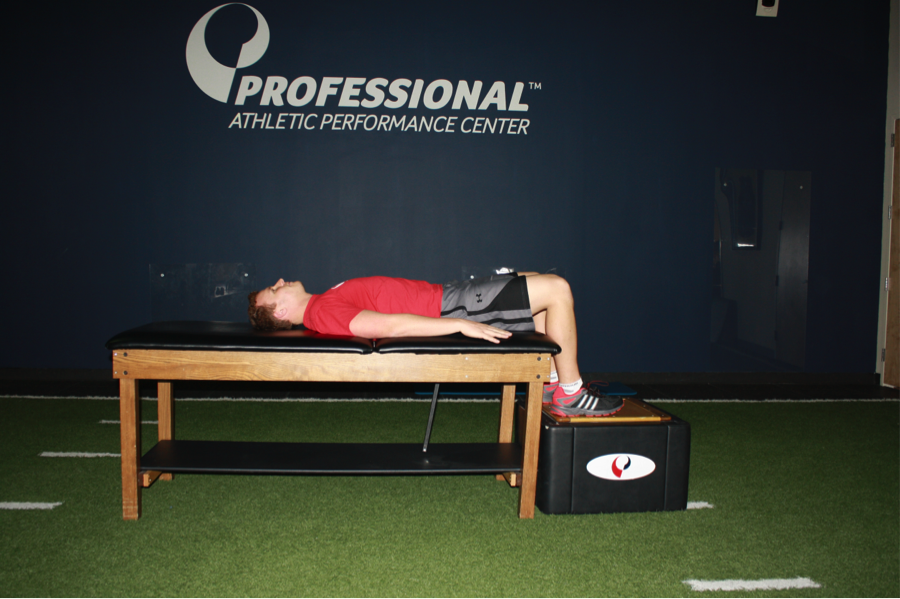 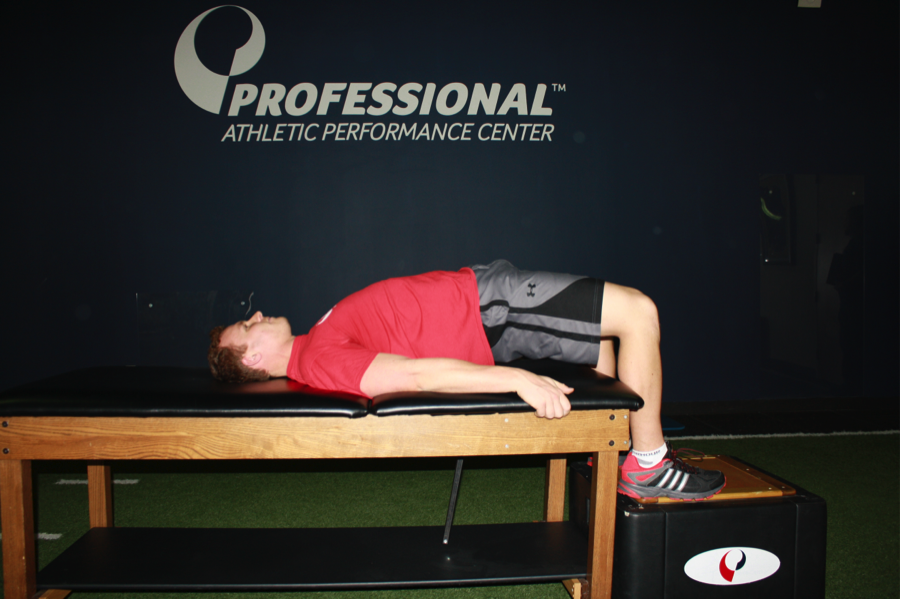 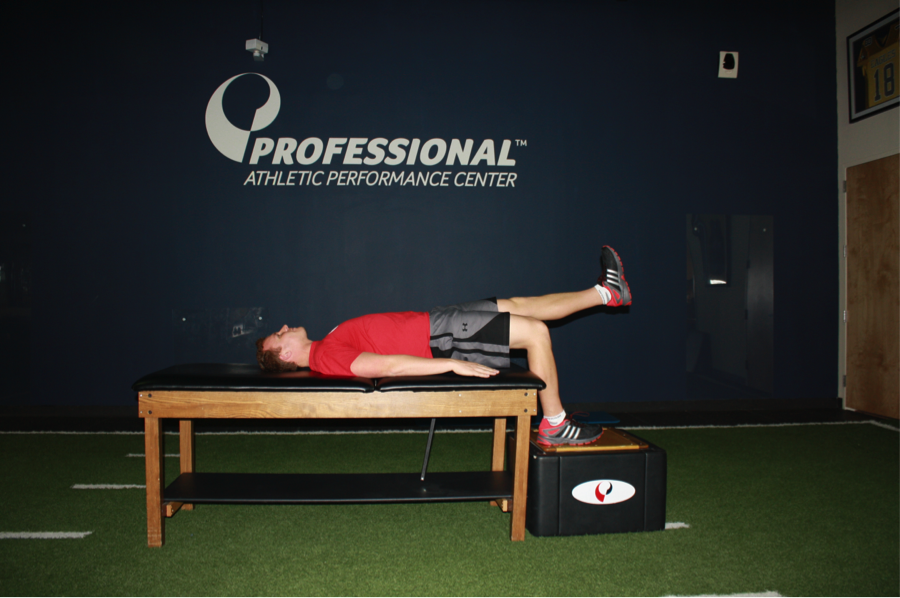 The Active Insufficiency of a Muscle Group

The length-tension position of a muscle fiber will affect the ability of the muscle fiber to produce force. The gluteal test described is founded upon the principal of “active insufficiency” which based on the body positioning of this test, will have a specific effect on the hamstring muscles ability to produce force. The active insufficiency concept of a muscle transpires when a two joint (biarticular) muscle is shortened at one end while a muscle contraction is initiated at the second joint. Due to the close proximately of the muscle attachments, the muscle is placed at a low point on the length tension curve resulting in a diminished capacity to produce force. Therefore biarticular muscles placed in a position of active insufficiency will consequently produce a weaker muscle contraction.

The hamstrings are a biarticular muscle group with attachments at both the hip (pelvis) and the knee. At the initiation of testing, the hip joint is positioned in an extended position while the knees are simultaneously flexed to 90 degrees resulting in a hamstring position of active insufficiency. This shortened position the hamstrings results in a decreased ability to produce ideal tension (force), thus the emphasis of the hip extension performance is now placed upon the gluteal muscles. During the test performance if a significant exercise performance contribution were felt in the hamstring muscle group, due to the limited ability for this muscle group to produce force, the tester would conclude the gluteal muscles were not performing optimally.

This test is an effective component of the evaluation process of both the patients we rehabilitate as well as the athletes we train at our facilities. Hopefully it will be a consideration as a component of your evaluation as well.