A Decade of Change: 3 Big Changes In My Thinking Over the Past 10 Years (Charles Staley)

Today’s article is a guest post by Charles Staley. Charles has been around the Iron Game for many years. We recently started training together in Scottsdale and are enjoying some very good conversations and workouts.

A Decade of Change: 3 Big Changes In My Thinking Over the Past 10 Years
By Charles Staley

I’ve been in the fitness/strength coaching game for over 25 years now, so a natural question for someone in my shoes might be “what have you learned lately?” Or, put another way, after 25 years, do I think I’ve seen it all, or am I still learning and having important new insights into training and nutrition?

Well, I’m happy to report that the latter scenario is definitely the case. Sure, I go through periods where I feel uninspired just like anyone else, but overall, sitting here in the year 2012, I find that I have at least a few significantly different viewpoints than I held 10 years ago.

This article is a summary of the 3 most significant “paradigm shifts” that I’ve experienced over the past decade. Ten years ago, I would have never predicted these changes in my thinking, which makes me wonder what an update to this article might look like ten years from now…

While I certainly applaud and respect the efforts of those who (rightly) prioritize the role of safety in the overall training process, I’m also concerned that many of us on the receiving end of these efforts fail to apply proper perspective when trying to implement these recommendations.

For example, like most of you, I pay attention to recent developments such as corrective exercise protocols, foam rolling, various stretching methods, soft-tissue therapy, and so on and so forth. And clearly all of these have value when applied appropriately. My concern is that all too often, these modalities end up taking the place of “real training” (if I may use that phrase), much to our detriment.

In fact, “real training,” particularly when performed intelligently, has injury-prevention properties in and of itself. For example, Pavel Tsatsouline and others have long pointed out that tension (which is a byproduct of strength) is vital in preserving orthopedic integrity. One of Pavel’s notable tag-lines is “an arm disconnected from the torso punishes the shoulder.” In other words, strength, by itself, offers injury-prevention benefits. As does hypertrophy development — I cannot tell you how many times I have read about bodybuilders who managed to escape serious injury after an auto collision, due in large part (in their doctor’s opinions) to their conspicuous level of muscular development.

In another example, a stream of thought has emerged that suggests, if you cannot perform (without pain) various maneuvers, such as get ups, lunges, or overhead presses, you are “dysfunctional” and in need of “correction.” While this may sometimes be these case, perhaps at least in some instances a solution can be found through avoidance of the offending pattern. After all, an undesirable situation isn’t a problem unless it has a solution. I happen to have limited knee flexion due to scar tissue restriction from multiple surgeries. That, combined with long femurs, leads to a very hip-dominant squat. While my squat isn’t the prettiest you’ll ever see, I can nevertheless parallel squat over 400 pounds at age 52 with no pain, and I have very good leg development to show for it. So for me, my ugly squatting isn’t a problem, it’s a solution. 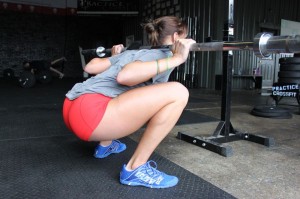 Finally, I’d like to share a recent thought I had about this issue: since weight training injuries are the product of weight training, why not look at how we lift weights as a launching point for our injury-prevention efforts? Specifically, it is load that sometimes produces injury, so why not more attention to how we apply load (intensity, volume, density, frequency, etc) in our training? In my second point below, I’d like to explore this idea in more detail…

Ten years ago, I would have told you “It’s fine to have structure to your training, but you should always ‘strike while the iron is hot‘ — meaning, if the opportunity for a PR presents itself, you should take it. My reasoning at the time was that, first, you cannot plan for or predict high-level performance, not matter how well you try to plan your training. My second rationale was that achieving new PR’s has great physical and psychological benefits to your training.

Despite this, today I feel differently, and much of the credit belongs to Mark Rippetoe and his important work in popularizing the idea of process orientation in his linear progression methodologies.

Two years ago Mark handled my programming for a powerlifting meet that I was planning to deadlift in. My best pull at the time was about 400 pounds for reference purposes. Mark had me pulling twice a month, working up to a single set of 5 reps. I performed my first workout at his gym in Wichita falls, Texas, using 330 pounds for my work set that day. 330 was hard, mostly because I’d rarely done anything more than a triple in training prior to that.

Every two weeks, I’d add 5 kilos (11 pounds) to the bar, which culminated (16 weeks later) in a “peak” workout of 405×5, which by the way, didn’t feel significantly harder than my initial workout with 330. At this point I was 2 weeks away from competition. the Saturday before the meet, I worked up to a single with 440, just to get the feel of some weight in my hands. It felt heavy. The following Saturday, in competition, I opened with 440 (which I could have hit 5 reps with). My second attempt was 486, which felt heavy, but solid. My third attempt was 501 pounds. If I had to “bottom line” my experience, I’d telly you that there was no excitement in the process at all — every workout I’d hit a 11 pound PR for 5, but I always knew I’d succeed at that weight, and I always knew it would be hard. Very routine, no surprises, no thrills. No immediate gratification. The thrill came on competition day, where I lifted a weight that I never though possible for myself. 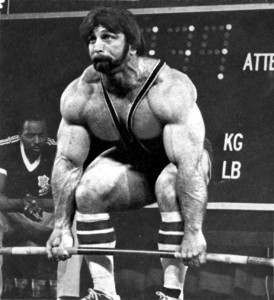 The take-away is that, if you want real progress in the gym, learn to defer day to day thrills for long-term progress. As Dan John likes to say, just keep punching that clock and little by little, big things will happen. Just keep chipping away, put your work in, and you’ll be rewarded for your maturity.

A decade ago, like most of you, I took the whole “eat every 3 hours” thing as irrefutable truth, much like how most people still think that eating fat makes you fat. But gradually, my views on this subject have changed. By first exposure to IF came through the work of Swedish nutrition consultant Martin Berkhan. Martin’s website documents the great progress his clients have made in both strength and body composition, so my interest was piqued. Later, through the work of Art DeVany and others, I became aware of the concept of autophagy — a process whereby cells, when faced with declining energy reserves, are triggered into repairing themselves more rapidly.

I’d always been a “breakfast person,” so initially, the idea of fasted training (a common but not universal feature of IF) seemed daunting. In truth, for a few weeks, my workouts were haunted by seismic hunger pangs. But before long, these distractions subsided, and today, it’s completely habitual for me to do my 11am workouts on an empty stomach, followed by a single 4-hour “feeding window.”

Aside from the autophagy, which admittedly, might be a bit abstract to fuel long-term adherence to IF, I found some other benefits which truly surprised me:

By eating only once a day, I could (and in fact needed to) eat a LOT. This appeals to me, being an “all or nothing” type of personality. 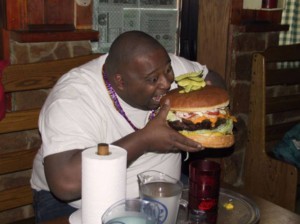 I found that morning hunger makes me much more productive than I used to be. I’m not sure if it’s a systemic “fight or flight” response, or simply an attempt to distract myself  from the hunger by staying busy, but either way, it’s a great benefit.

By eating only once, it’s much easier to plan, document, and control your nutrition. I find myself much more “on top of” my protein and carb intake for example, than I used to be when I ate multiple meals.

Although I try to keep my carbs below 100 grams a day, regardless of my carb intake, by eating only once a day, my body is exposed to only one insulin surge per day.

The cumulative result of the above benefits, and perhaps others that I’m not even aware of, have lead to better energy, great workouts, and improved body composition. I’m hooked, and I truly believe I will maintain this eating pattern indefinitely. If you haven’t looked into IF, I urge you do to do so.

When I look back over the past decade, I’m pleased that I managed to continue my development, although the rate of progress is certainly slower than it was during my first 10 years. Which raises an important point: as a neophyte in any profession, the initial rapid learning curve you experience is intoxicating, and there is a danger of over-estimating your current level of knowledge. Later in your career, there is a different danger – under-estimating the value of your vast experience over that period of time.

I’ve frequently said that “knowing” is the most significant impediment to continued learning, because when you think you know, you cease further exploration. Sitting here today, I’m aware that many have found value in my teaching, and I’m grateful for whatever impact I’ve been able to make. But in truth, if I’m being honest, I have more questions today than I’ve ever had before. Every colleague that I respect in this field feels the same way incidentally, so my final take-home point to those of you on the steep side of the learning curve is this: develop a level of comfort with “not knowing.” because when you’re convinced that you’ve got your subject mastered, you’re development grinds to a screeching halt.

And perhaps that’s the most significant thing I’ve learned in the past decade. 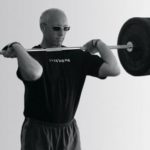 In the eyes of his colleagues, Charles is known as a visionary, an iconoclast and a rule-breaker. His clients call him “The Secret Weapon,” as he possesses the keen and perceptive ability to recognize individual strengths and shortcomings. His methods are leading-edge and ahead of their time, capable of quickly producing serious results.

Prominent both the United States and across the globe, Charles is recognized as a authoritative coach and innovator in the field of human performance. His knowledge, skills and reputation have lead to appearances on NBC’s The TODAY Show and The CBS Early Show, along with numerous radio appearances. He has penned more than a thousand articles for major publications and online websites in the industry.

Charles is not only a thinker, but also a doer: Currently, he competes at the National and World level in Master’s Weightlifting and Powerlifting. Find Charles online at www.TargetFocusFitness.com.