A Critical Appraisal of the Foam Rolling Research by Greg Lehman

Many of my readers know this, but once upon a time I was a high school mathematics teacher. Last year, while in Auckland, I instructed plenty of labs as well as a master’s level summer school course titled Enhancing Muscular Performance. Point being – I am a teacher at heart.

These days I’m attracting a ton of Exercise Science students to my blog. I’m much more interested in teaching my students how to fish, rather than feeding them a fish.

One vital skill that I would like for my blog readers to possess is the ability to think critically. You should absolutely question everything. Question what I tell you, question what you see in the research, question what you hear from blog writers and experts, question all of it! Here’s the late George Carlin on questioning everything:

I am very appreciative of the folks who dare to speak up in the name of science. One of the guys I admire most is Greg Lehman. In fact, if you recall, I linked to his blog a couple of weeks ago. He and I have been corresponding lately and I asked him to write a review of the recent foam rolling research for my blog. Here’s what Greg had to say:

I read the recent study by MacDonald et al (part of David Behm’s great research team in Canada and someone I have asked for research advice in the past a great deal) that Bret reviewed on his site.  I think the study is an excellent start into looking into the prevalent practice of foam rolling and I hope that it was spur a lot of other research.  But, I’m now going to give a mini critique.  I don’t want to be a contrary a-hole (although I know that’s how it looks) but I have always thought it was important to question everything we do.  I am even harder on myself.  I will readily admit that I don’t have a lot of definitive answers and this is why I am indebted to researchers that commit the time and effort into these works.

Believe it or not I want foam rolling to be effective.  If proven effective, I think would then be a great tool that empowers patients and athletes to do something actively, that is self directed and that they would get benefits from without paying an arm and a leg.  You don’t have to rely on someone else with a foam roller.  I advocate this self reliance for my patients.  Further, the background behind foam rolling is founded on fascial adhesions, thixotropy and tissue health which as a manual therapist doing ART I would benefit from these theories being proven.  There is nothing like the relief you can feel after having resolving some cognitive dissonance.  But, I continue to question.  I want to be convinced soundly and for this I remain on the fence.

Every study design makes choices and when we make choices those choices lead to some limitations.

Meaning there was no “sham” intervention given.  The participants all knew that they were being foam rolled and may have also likely known that it was expected that they would have changes in their function.  The control does not control for the fact that something was done to the subject’s limb.

The warm up was not consistent with standard practice

This unfortunately would not replicate what is typically done in usual sport.  If you took these athletes through a standard warm up, with dynamic activities and prepared them for sport would you not expect to have an increase in ROM from that?  Would foam rolling provide any greater benefit from what is considered best practice currently?  Again, this is not a knock on the study design; it helps simplify things for their research question.  But, it does limit its immediate relevance to usual practice

The experimenters were not blind to the interventions.

This is not very relevant for the strength testing but is quite relevant to the ROM assessment.  The ROM assessment used a goniometer that is often quite subjective.  When you use a goniometer you line up the ends on landmarks that you palpate and being off slightly can change the readings you get.  This is amplified when measuring larger limbs.  Further, the experimenters were the ones actively controlling the amount of knee flexion that the subject had.  The experimenters pulled the knee into flexion to the point of pain experienced by the subject.  This is hugely subjective and can be easily manipulated by the tester (consciously or subconsciously).  If you are the experimenter and you know that they just foam rolled, it would be easy to subconsciously coax a few more degrees out the subject.  The subject is also being handled by the experimenter and may feel that they can ‘give” more as well – subject knows they were just foam rolled and will let tester pull them a little more.  There is a huge interaction going on here between subject and tester.  I am suggesting that all of this is not at the conscious level of the experimenters.

The ROM testing was too subjective.

It is possible (although extremely difficult considering the joint that they chose to study) to create a rig that pulls the subject’s leg into flexion with the same force each time.  We could also measure ROM with reflective markers on three points (ankle, knee joint and greater trochanter) and measure this digitally.  Having this objectivity is important because there are too many errors that can occur with testing ROM and with such small changes (10 degrees). We want to make sure that there is really a true change not some study artefact.

Discussion regarding self myofascial release and fascial adhesions

Bret really seemed to like this part of the paper.  I thought it was a nice review of the theory but that it was presented like it was fact.  If you notice the references for this section they are all course notes or peer reviewed papers that actually did not study fascial adhesions, fascial properties or thixotropy etc.  For example:

Again, I would love for this to be true but it is still a theory and not strongly supported. If anyone has any research that really looks at these beliefs I would love to read it.

You can certainly say to me “hey jackass, why don’t you do the research yourself?” Yup, this is a good point and it’s why I am not criticizing the researchers but rather just pointing out the normal gaps that occur when we conduct any experiment.  I know the huge amount of thought and work that went into this good study.  It is very easy to critique something and I don’t doubt that everything I have written above the researchers have also already thought about.  That is why we have follow up studies and multiple research teams.  The researchers made choices and this causes certain limitations.  If they made other choices than different limitations crop up.

Bottom Line – What does this mean for practice?

This paper certainly suggests that there is no decrement in performance variables studied (but who knows about dynamic tests or injury) so it is hard to argue against using foam rollers day to day.  However, you can look at this another way, since there was not change in force parameters and the ROM changes could have been an artefact of the experiment, perhaps foam rolling does nothing at all and there is something else out there that we should be spending our time doing before or after sport.  If we just settle on foam rolling are we missing out on something else?

I want to issue a huge thanks to Greg and people like Greg who fight hard for scientific advancement. This is just the first small step along an undoubtedly long line of foam rolling and myofascial research and we’ve just skimmed the surface.

As an industry (Strength & Conditioning as well as Physical Therapy), we owe tons of gratitude for critical thinkers as they force us to expand our boundaries in the quest of knowledge and scientific advancement. 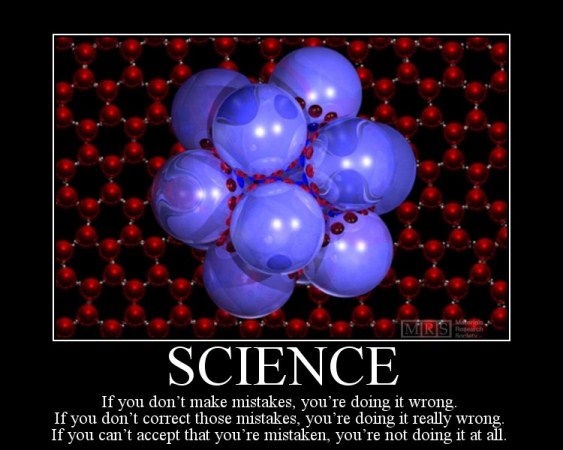 You should NEVER think of these folks as “contrarians.” They are CRITICAL to the evolution of our field. However, there are indeed many contrarians out there, and the trick is to be able to spot the critical thinkers in the midst of contrarians. Three such folks are Greg Lehman, Paul Ingraham, and Jason Sivernail.

I freakin’ love the way Greg thinks. I’m glad that certain guys care about the exact science and not just about popular theories, and Greg is one of these guys. You can trust his integrity. Here are some of his best articles:

Are the psoas and iliacus the only hip flexors above 90 degrees? Questioning this common belief.

Are you sure your hip flexors are tight? If so, why and who cares?

Stop foam rolling your IT Band. It can not lengthen and it is NOT tight.

Stretching Muscle: A brief summary on what it does.

Why do people feel stiff? Are your muscles really tight?

Plenty more good stuff to see on Greg’s site. He’s smart as a whip and you should definitely read his blog.

Paul is a lot like Greg – an incredible scientist with a serious disdain for pseudoscience. It is very important to question everything and we’re incredibly luck to have folks like Greg and Paul who will buck trends in the name of scientific advancement. Here are some of Paul’s best articles:

“The fascia will make everything better”: a pattern of flawed clinical reasoning about fascia

Plenty more where this came from on Paul’s site. I highly recommend Paul’s blog.

Unfortunately Jason doesn’t currently have a blog, but he frequently posts in the SomaSimple forums.

Click here to listen to a Recent Interview with Jason.

There are plenty more great critical thinkers out there but these links will get you started.