The S&C Research Review comes out on the first day of every month. Here is a preview of the July 2017 edition, which comes out on Saturday. Each edition covers a wide range of exciting new research but this edition has a special theme of heavy load training.

Does increased voluntary activation contribute to the greater improvements in strength after heavy load strength training?

The researchers compared the effects of heavy load and light load training to muscular failure on strength gains, in untrained males, and assessed the simultaneous changes in electromyography (EMG) amplitudes normalized to M waves, and voluntary activation by the interpolated twitch technique. All subjects trained 3 times per week for 6 weeks, for 3 sets of knee extensions to failure with either the heavy or the light load.

Do motor neuron properties in the spine change after heavy strength training?

The researchers assessed whether voluntary strength training causes adaptations in the electrophysiological properties of the motor neurons innervating trained muscles, using a rodent model. The rodents were tested under deep anesthesia during involuntary stimulation at the spinal level, and several motor neuron properties were identified. The rodents undertook a 5-week, voluntary progressive overload-based strength training program. The rats were taught to lift weights on their shoulders in order to reach for food. Lifting was performed twice per day for 30 minutes, and involved 5 – 8 lifts per session with the plantar muscles.

In fast motor neurons only, action potential duration was shorter after training group by 9%, input resistance was higher by 31%, and rheobase current was lower by 19%. In both fast and slow motor neurons, maximum firing frequency was increased at several measurement points, and the gradient of the frequency-current relationship was increased. In fast motor neurons, the frequency-current relationship was shifted to the left, meaning that a lower current was needed to cause the same firing frequency. These adaptations indicate that a higher level of motor unit recruitment and a higher firing frequency are achieved in response to a similar sized signal, after strength training. The researchers therefore concluded that increases in spinal excitability after strength training seem to be produced at least partly by changes in the intrinsic properties of motor neurons themselves.

Does light load training to failure cause recruitment of high-threshold motor units?

The researchers developed a mathematical model to describe the effects of fatigue on motor units (MUs) and to identify how the force of individual MUs varies during sustained isometric contractions at target forces. Simulations were run for the duration necessary for muscle force to fall below the target force, between 20 and 90% of maximum isometric force (MIF), in 10% increments.

How was the model constructed?

An existing model of 120 MUs was used that already described MU firing rates and isometric muscle forces. In that model, each MU was assigned an individual MU isometric force and contraction time; the 120 MUs were distributed such that there was a range of low-force and high-force MUs, where contraction time for a MU was inversely related to its isometric force; all MUs received the same pooled excitatory drive, and the level of drive required to activate each of the MUs was set by its MU recruitment threshold, which was set such that the low-force MUs were more easily activated than the high-force MUs; maximum MU firing rates were inversely related to the MU recruitment thresholds, to create an “onion skin” model of firing rates across all MUs; to this basic model, parameters for fatigue-related changes in MU force, contraction time, and MU firing rate were added, to describe the predicted responses of MUs to sustained voluntary isometric contractions.

In isometric contractions at 20% of MIF, there was a steady reduction in the capacity of the active MUs to produce force at the target level. In order to maintain the target force, there was therefore an increase in the excitatory drive to the MU pool, which started at 28% of maximum and rose to 100% at the point when the target force could no longer be sustained (512 seconds). As the excitatory drive increased, this caused an increase in MU firing rates. Because of the “onion skin” assumption used in the model, this produced maximal MU firing rates in the MUs active from the start of the contraction (1 – 90). In addition, the increase in excitatory drive caused the recruitment of the remaining MUs (91 – 120) in the pool, and their MU firing rates were progressively increased. However, some high-threshold MUs did not attain their maximal MU firing rates.

What did the researchers conclude?

The researchers concluded that the model of MU behavior under fatiguing conditions provides insights into the way in which MUs are able to continue to produce force at a target level, despite the onset of peripheral and central fatigue. Importantly, it shows that high-threshold MUs are very likely recruited during light load training to failure. Interpreting these results, this implies that light load and heavy load training could actually produce very similar neuromuscular adaptations (hypertrophy and perhaps also voluntary activation), and other differences may be responsible for the greater gains in maximum strength after heavy load training (such as increases in lateral force transmission and/or tendon stiffness). 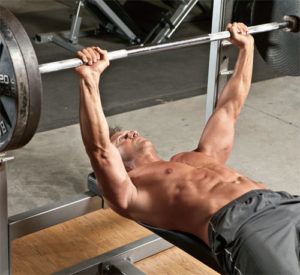 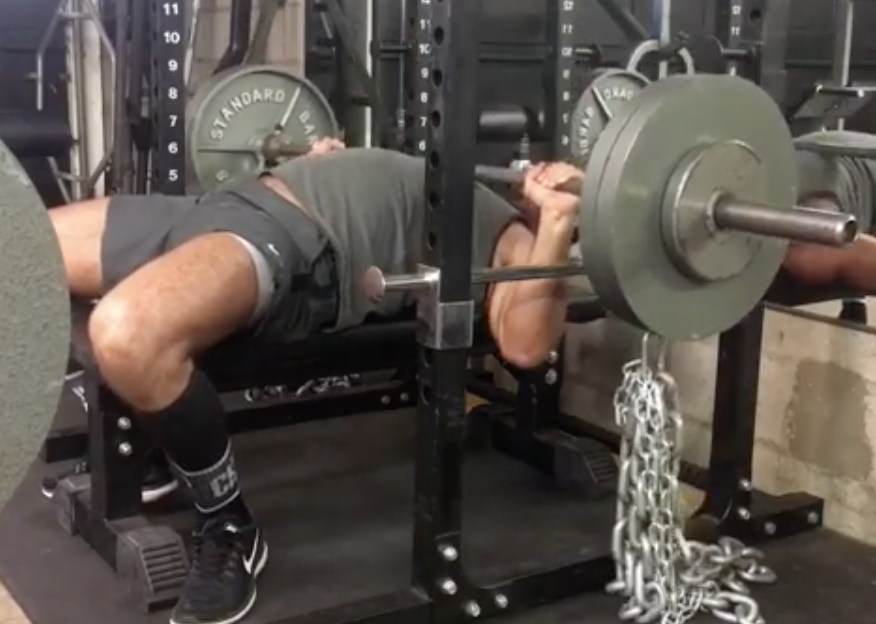 7 Tips for a Bigger Bench

7 Tips for a Bigger Bench